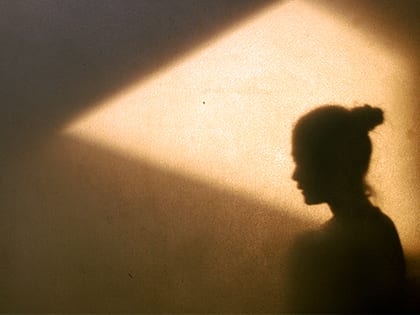 Sensationalism is undermining the honest efforts of people and organizations trying to end human trafficking.

I’ll never forget sitting in a huge stadium filled with 20,000 American college students as a speaker from a well-known anti-trafficking organization told dramatic stories of busting into brothels fully armed.

By the end of the presentation, the crowd of 20,000 was so hyped up they began chanting and pumping their fists in the air.

I wondered if the organization was about to hand out pitchforks branded with their logo.

Knowing that group, and their work on the ground in Cambodia, I left feeling slightly sick.

You see, the reality is bad enough, without the need for alternative facts and sensationalism.

For years I led organizations working with women trapped in prostitution, so I have some idea of the real situation.

An NGO I directed established a medical clinic in a Cambodian slum brothel and worked to help women get out. My wife, Nay, would load up the back of a motorbike with medicine and “Number One condoms” and, together with our team doctors, spend hours sitting and talking with girls in the brothel who were needing medical assistance and a friendly ear. When these girls were ready, they helped them leave.

In Vancouver, we established a welcoming community for women in prostitution and others hoping to find freedom from addiction. We invited women into our home and into our lives. At times they lived with us. They became our friends.

So, I’m very sympathetic to the cause.

But over the last few years, as competition for dollars in the anti-trafficking industry has heated up, I have witnessed growing levels of sensationalism, bravado and exaggeration in this field.

It’s time to reassess whether some of these practices are ethical. To my colleagues in this work, I offer three areas to consider:

1. Can We Cut the Sensationalism?

Recently, there was a video posted (it’s since been taken down) from an anti-trafficking “expert” claiming that 40 percent of Cambodian men are involved in gang rapes.

This statistic and others in the video are wildly overstated.

In actual fact, a large recent study by the U.N. of thousands of men across Asia found that the real figure is closer to 5 percent of Cambodian men who had participated in gang rape.

Here is the actual data in a table copied from that United Nations report:

Now 5 percent (or ANY number) is totally unacceptable and a tragedy. We definitely have more work to do.

(Note: In the same research, under 1 percent of Cambodian women said they had experienced rape. But even ONE woman experiencing rape is one woman too many.)

People, we need to be honest about the numbers and not inflate or cherry-pick them for our own agenda.

From Outreach Magazine  Are You a Wounded Pastor?

As the original study indicates, young Cambodian men had much better attitudes towards women than older Cambodian men, showing that “values and norms…are changing in a positive way” (p. 15).

As I have written before, when we describe a situation of poverty or oppression, we need to be careful to describe both the tragedy and the resilience. Otherwise we paint a picture that caricatures people, rather than presenting truth.

2. Let’s Take Care Not to Re-Victimize

A local ministry here opened a cafe to employ women exiting prostitution. They printed a huge sign and hung it inside the cafe, stating their mission: Providing skills and training to young women to give them an alternative to working in the sex industry.

As I sat in that café, being served by a young woman who didn’t realize she was being labeled in that way for every tourist and customer to see, I wondered how many of our efforts to help, end up re-victimizing people.

This is a Google Image search result for the term “Human Trafficking”.

Based on this imagery, it’s no wonder people conclude that human trafficking is all about kidnapping little girls, chaining them up and selling them for sex. These images revictimize women and girls because they cast them in a hyper-sexualized, pathetic posture that sends the wrong message. Let me explain …

Second, this imagery implies that force is always used. In reality, bait and switch promises, lies, threats and economic pressure are much more common forms of coercion. When we only recognize physical force, we will fail to see other danger signs.

Finally, this imagery implies that victims are easily identified and always want to get out. For many young women there are family pressures and economic reasons why they might choose to stay. They may have been brainwashed, or coerced into believing there is no other way. It is usually not as simple as busting in with guns blazing.

The anti-trafficking organization I mentioned at the beginning was involved in a “rescue” in Cambodia, where the girls all subsequently escaped out of the “rescue home” in the middle of the night by climbing over the fence. Most of those girls would have ended up straight back in the brothel. Clearly, the situation was not as clear-cut as we might be led to believe.

From Outreach Magazine  Are We Building God’s Kingdom or Our Own?

Missionary work has quite rightly been condemned for the times where a “White Savior Mentality” has underpinned the ministry. But the anti-trafficking industry has so far managed to avoid much serious critique in this area.

When you couple this White Savior Mentality with our culture’s belief that violence is the answer to every crisis (the Myth of Redemptive Violence)—you end up with testosterone-filled stadiums of young people salivating over the idea of gunning down traffickers, Taken-style.

Even the names of some of our anti-trafficking organizations reflect this posture of Hollywood machismo (I won’t mention them but you can probably think of a few).

This mentality encourages only one type of response and blinds us to our own sin and complicity.

For most of us, the very best thing we could do to end trafficking in the world today would be to become more conscious consumers.

It’s easy to get on board with a cause when it costs us nothing and doesn’t cramp our lifestyle. We get riled up by the sensational images and stories that are being sold to us.

But perhaps there is a wiser, more costly invitation towards action here. A pathway I know many fantastic anti-trafficking organizations are taking. Sadly, others are giving in to the temptation towards hype.

I didn’t write this post to critique for the sake of criticism. But I speak as an insider—someone who cares deeply about these issues and believes that we can and must do better.