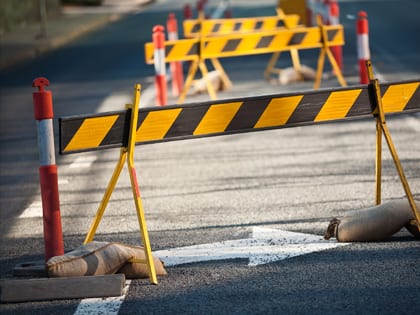 “Since so many of our churches are in need of revitalization, let’s begin by seeing what roadblocks hinder turnarounds.”

Please pause for a moment. Please prayerfully consider the words you are about to read. Please ask God for his strength to overcome these roadblocks.

You have seen the data. You know that two-thirds of our churches are plateaued or declining. Even more, among the declining churches are those that are on the precipice of closing, following the pattern of tens of thousands of other churches that have already closed.

Why? Why are so many of our churches not moving forward?

Since so many of our churches are in need of revitalization, let’s begin by seeing what roadblocks hinder turnarounds. Here are 10 of the most common:

This theme has been repeated many times. But there is a reason for the redundancy: It’s true. Until our church leaders and members redirect the focus of self-serving to serving others, church members will always be more concerned about “my” needs. That attitude leads to comfort and resistance to change.

Because many of our churches have been negligent about reaching beyond their own walls, they lack the knowledge to know how to get out of the rut and revitalize. Many church leaders and members have good intentions; they simply don’t know the next steps.

4. Perception That Programs Are Ends Instead of a Means

“If only we used the program that worked so well 20 years ago.” “If only our denomination gave us the right programs.” There are two erroneous ways of thinking about programs. The first is to reject programs and resources altogether. That is just not wise with the abundance of great programs available. The other erroneous perception is to see programs as the ends instead of the means. That is the attitude of the program-driven church.

From Outreach Magazine  Difference Makers Point to Their Savior

6. Lack of Awareness About the Community

Most churches in need of revitalization really don’t know the community in which they are located. If they happen to open their eyes to the community’s demographics and needs, they are often shocked about their misperceptions.

This roadblock is pervasive in our churches. If we aren’t sharing the gospel, how can we expect to reach people with the gospel?

I have sadly heard on more than one occasion the members of declining churches blame the community members for not coming to their worship services. I have also heard blame directed toward denominations, megachurches, culture, sports and leisure activities, to name a few. Our churches will not move forward until the leaders and members take responsibility for obedience to the Great Commission.

Declining churches often view the next pastor, usually a younger pastor, as the magic bullet. If they happen to secure that pastor but make no other changes, the church resumes its decline. The pastor then becomes disillusioned and discouraged, and moves on to another church. The “pastor-as-magic-bullet” church becomes a series of short-term pastorates, exacerbating the decline.

10. Failure to Consider Being Acquired by Another Church

Sadly, many churches repeat the patterns noted above until they are on the precipice of closing. At this point the only path of revitalization is to make the godly sacrifice of allowing a healthy church to acquire the dying church and make the dramatic changes that are necessary. Even more sadly, many churches choose to close the doors rather than make that sacrificial change.

This list of roadblocks is not exhaustive, but it does highlight the common problems. In future posts, I will be sharing with you how some churches have addressed these problems well, and revitalized for the glory of God.

Thom S. Rainer serves as president and CEO of LifeWay Christian Resources. Dr. Rainer can be found on Twitter (@ThomRainer) and at facebook.com/Thom.S.Rainer. This article was originally published at ThomRainer.com on July 17, 2017.