Home Features From the Heart of a Pastor: Personal Reflections on the 44th President... 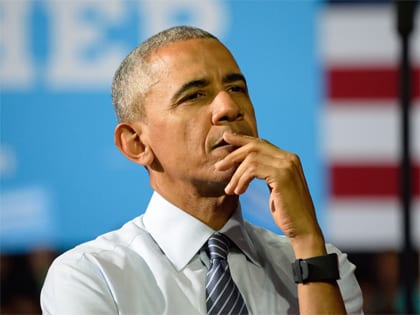 “We explained to our children that in America’s 240 years of historical existence, this was a first.”

No matter what you think about President Barack Obama or his politics, this pastor’s perspective is one that is important for all Christians—and especially church leaders—to listen to and recognize. Today, let’s celebrate the vast diversity of the body of Christ, and actively pursue unity and understanding, rather than division, in the good news of the gospel.

Eight years ago, on Jan. 20, 2009, I remember sitting in my home, eyes glued to the television. I was nervously watching and waiting for the moment when President-elect Barack Obama would be sworn in as the 44th president of the United States.

I’ll be honest—while many of my conservative, evangelical counterparts were cringing at the sight of it all, I was crying. Let me clarify, these were not tears of great regret, rather they were tears of great regard.

Now, before all of my politically right brothers and sisters take issue, you need to understand that my great regard for this (at the time) soon-to-be-president was not political at all, but personal. Not often are there positive examples in the media of African-American men (or women for that matter) who have reached the highest level in their professional field, other than athletes and entertainers.

Don’t get me wrong, this is far from a knock on these professions; however, the office of president of the United States carries with it a different level of esteem and respect to me.

I guess I’ll let the cat out of the bag in case you haven’t guessed it: I am an African-American male, who is a father to two African-American children, who wake up every morning in a highly racialized society … yes, it’s true! In fact, a recent Harvard neurological study concluded that the first thing the brain computes when coming in contact with a new face, is race.

From Outreach Magazine  Why You Can't ‘Chase Two Rabbits’ in Ministry

Now, I realize that there is only one race—the human race—and the term “race” is simply a social construct used to categorize our differences. So to be biologically correct, I’ll say “skin color.” We live in a society that (just like most other societies) naturally caters to the dominant skin color/culture.

Here is an example of how that plays out for our family. My wife and I recently took our 5-year-old son shopping for a new bedspread to go with his new “big boy” bed. He, just like most 5-year-old boys, loves superheroes. When asked, “What kind of bedspread do you want?” with fervor, he replied, “I want a superhero bedspread!” However, as we visited store after store, we realized that all of the superheroes had white skin and blue eyes. In fact, we couldn’t even find “ethnically neutral” options after visiting at least four stores.

For some of you this seems trivial. But for my wife and me, it is not! In a country where most of the images that are put before us, whether through television, the internet and/or magazines, are images of the dominant skin color/culture, my wife and I are always looking for intentional opportunities to remind our children and (to be honest) ourselves that we live in a multiethnic world, where by the grace of God, all people can strive to be and do whatever they set their minds to.

Now, back to President Obama. On Jan. 10, when President Obama shared, before millions of people, his farewell address, my wife and I commandeered our two children into the media room, pointed to the television, and with tears welling up in our eyes, explained to them the obvious, that “the 44th president of the United States has brown skin, just as you both have brown skin.” We then proceeded to explain to them that in America’s 240 years of historical existence, this was a first.

We went on to humanize him by explaining that he is imperfect, just as all of us are imperfect. Then, we avoided dehumanizing him by highlighting the fact that for two consecutive terms, he was free from scandal and public moral-discreditable behavior.

For two terms, he carried himself with integrity and honor for the world to see. He publicly loved his wife well and showed her the honor and respect that she was due. And together, he and First Lady Michelle Obama loved and raised their beautiful children very well. He spoke with articulation, confidence and candor. He carried the weight of this country on his shoulders, and when people talked about him, criticized him, and attempted to discredit him and bully him, he stood tall, he took the high road and he rose above the propaganda.

And for these nonpolitical, bipartisan, “personal” reasons, he not only is a personification of heroism to my son, but to me, as well—and a forever reminder that we live in a multiethnic world where, by the grace of God, all people can strive to be and do whatever we set our minds to.

Hopeful for the future.

Trey Grant (@TreyGrant) is the lead and teaching pastor of The Well Church in Keller, Texas, and the founder of The Specs Movement.