Mason, whose church runs residencies for church-planter candidates and has nine independent daughter churches, one of them in Malawi, is now on the executive board of Acts 29. The network describes itself as a transdenominational, peer-to-peer network of missional church-planting churches that align with a Reformed, complementarian theological orientation. Member churches, numbering in the hundreds, must enter into a covenant to plant other churches.

Some denominations have created separate, innovative church-planting support operations, such as the North American Mission Board (NAMB) through its SEND Network, the Wesleyan Church’s Nitrogen or the United Methodist Church’s Path 1, which is led by Rev. Candace Lewis, one of the few women in church-planting leadership.

One example of how entrepreneurial the church-planting scene has become is the V3 Church Planting Movement, led by J.R. Woodward. The V3 website communicates a wealth of intelligent, well-designed resources conveying a mission to assess, train and support church planters toward a vision of “going viral,” or fueling a missional movement of church-planting churches.

Related: J.D. Greear on church planting and the call to send »

Turns out that V3 Movement is actually the national church-planting ministry of the Baptist General Association of Virginia. Visitors to the website wouldn’t know that unless they see the very small print at the bottom of the web page.

Nevertheless, participants are from all over North America, Woodward writes in an email message, “They come in all shapes and sizes, from Reformed to Anabaptist, from Anglican to Baptist,” he says. “They are diverse in color and gender. We have black, Asian, Hispanic and white planters. We also value both men and women planters.”

V3’s focus is on “the grassroots work of movement: tight-knit community, life-forming discipleship, locally rooted presence and boundary-crossing mission,” according to Woodward, whose book on the topic (The Church as Movement: Starting and Sustaining Missional-Incarnational Communities, IVP) will be released this summer.

The methodologies of building those localized, rooted communities are diverse, says John Jay Wilson, director of operations at Church Multiplication Network (CMN). This is another strong trend in church planting these days: no formula, no one-size-fits-all.

Churches launched through the very active CMN in the Assemblies of God (AG) “open with a variety of models,” says Wilson in an email message. “That might range from a big launch focus, to neighborhood churches in urban centers, a renewed emphasis on rural communities, house churches and everything in-between.”

“Openness to new ways to reach people with the gospel has created an environment where church planters have the freedom to launch new churches that are as diverse as the communities they are called to,” he says, adding that the CMN has opened more than 2,600 new churches in every type of community across the U.S. since starting in 2008.

Knowing those communities is crucial, says Wilfredo De Jesús. Since 2000, De Jesús has grown the AG-affiliated New Life Covenant in Chicago from 120 people to a network of regional campuses, daughter churches and affiliate churches serving 17,000—each unique and reflecting the nature and needs of the communities they’re in.

Church planters “need to live with the people. Take on their DNA. Engage the community,” says De Jesús. “People want to belong before they’ll believe.”

Engaging a community is a passion of church planter and evangelist Peyton Jones, a California-based trainer for NAMB who also founded the nondenominational New Breed Church Planting network.

Church planters need to recover the first-century “technology” of being on-the-street, mobile risk-takers, “like the apostles were,” says Jones, author of Church Zero: Raising 1st Century Churches out of the Ashes of the 21st Century Church (David C Cook, 2013).

“That’s what Paul did. He went to the marketplace,” says Jones. The New Breed training encourages planters to reach “those that nobody is reaching, by going where nobody is going, and doing what nobody is doing.”

That requires taking the time and effort to know a community, which is what motivates planters like Alan Briggs, director of Frontline Church Planting in Colorado Springs, Colorado. Briggs’ program, a yearlong assessment, training and residency, is connected to the Vanguard Church in Colorado Springs where Briggs is on staff as “multiplying pastor.”

The fact that Frontline is geared to Colorado pastors illustrates Briggs’ commitment to training church planters in what can be termed a parish model or a family of churches—as opposed to a large outreach that draws hundreds or thousands to one central building. The concept encourages participants to worship in neighborhood gatherings where relationships grow organically and needs are met as in a family.

“The megachurch model might be called ‘crowd to core,’ where you do things big and attract a lot of interest and then create the core of the fellowship,” says Briggs. The opposite of that is “core to crowd, where you grow slowly.”

From Outreach Magazine  Privileged to Bless

While choosing the slower model is not “anti-megachurch,” says Briggs, he believes it’s more “incarnational” and ultimately more fruitful.

“The parish model, or mentality, involves taking spiritual responsibility for an area, or maybe more accurately, being spiritually responsible to an area,” says Briggs, who is also part of a church plant in the Palmer Lake area north of Colorado Springs, which meets in an art gallery.

“It’s putting down deeper roots in a neighborhood,” says Briggs, author of Staying Is the New Going: Choosing to Love Where God Places You (NavPress, 2015). “It’s saying, ‘We love this place and a church seems to be missing here, so let’s plant one.’”

Slow growth goes along with the renewed focus on disciple-making that Briggs and his circle of colleagues are seeing, as well as an emphasis on multiplication: young churches planting churches, even within a few years of the original plant. The effect often creates more potent, but smaller, churches.

But if the numbers stay small, Briggs is OK with that. “We need to be willing to be in the ‘in-between’ places,” he says, as opposed to so-called “gateway cities” that are fields for large harvest. “It allows for planting small bodies in places where a larger network or a national denomination isn’t going to plant.”

The trend toward innovative, collaborative approaches “requires church planters to be open-handed,” says Bennett. “They must be willing to sit around the table, so-to-speak, with other pastors and collaborators, and share a big vision.”

After all, Bennett observes, we’re not each other’s enemies. We’re part of the same body of Christ. “We need to build bridges, not walls.”

Large or small, mega- or micro-, traditional or radical, denominational, independent, multisite or daughter churches: All the experts say that establishing new churches is the single most effective way to spread the gospel of Jesus Christ to a broken world. But there just isn’t enough church planting going on out there.

Says Bennett: “We’ve got to get more churches in the game.” 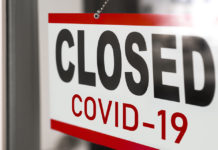 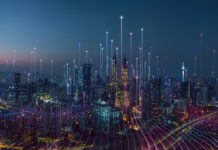