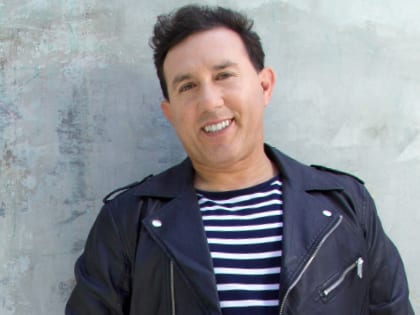 Three framed skateboards decorate Sergio De La Mora’s office. How do skateboards fit in to the picture of a second-generation Mexican-American, former gang-banger and landscape designer turned megachurch pastor? De La Mora, founder of a multiethnic megachurch in the San Diego region called Cornerstone Church, is not shy to declare that God is raising up a new generation of Hispanic/Latino church leaders who break stereotypes and appeal across multiethnic boundaries. So what does the new Latino church leader look like? Here’s one …

You have said you grew up poor and marginalized in an affluent city, Santa Barbara, Calif. How did that shape you?

Our family was very poor, and in our family, from when I was 9 years old, I worked. Every Saturday—there are six [kids] in our family, I’m the youngest—we went to work and every summer we went to work. We never had a summer off. So I developed a skill to be entrepreneurial, to not wait for people to do things for me.

When I was 12 years old I was the number one skateboarder in my city. My brothers would drop me off at the skate park. I was ridiculed for being Latin. But I was better than all of them.

But then my brothers started a gang. Every day I’d go to school dressed as a gang member. Then after school I would put on my skateboard gear and go skate. I did that all through seventh grade. Then I had to give up my skateboard career because of the gang. I became crazy. When I was 14 years old I got stabbed in the back. Gang fight. I almost died.

That was what made my parents make me stay home. Every Friday night for a whole year I would listen to the UCSB [University of California Santa Barbara] radio station disc jockey. Then he announced that they were accepting applications for anyone who wanted to be a DJ.

I was a cocaine addict when I was 15. I was smoking angel dust, PCP. Life was violent. To hurt someone, to bruise someone, to stab someone, to shoot someone wasn’t a problem. But that’s what got me out of gangs: the music.

You admired your father, an immigrant from Guadalajara, who built a successful business with no education and little English. What was his influence?

My dad took me to a cemetery. He picked me up after school. And he said, “Sergio, what do you see?” I said, “There’s dead people here.” He said, “What does it say on their tombs?” [I replied,] “The day that they died.” He said, “When did they die?” I said, “There’s dates.” He said, “No, Sergio, these people didn’t die when it says. A lot of these people died before they died. Sergio, if you don’t have a vision for your life you’re already dead.”

That day, I decided to live with vision. I went to UCSB and I got that license. I started a disc jockey company. And when I was 17, about to turn 18, I was about to sign a seven-year contract. I had 900 kids come to my dances; I did all the high school parties and proms. But during that disc jockey ride and making a lot of money, I developed an addiction to cocaine. And that addiction started to change the way I saw myself and just life.

One weekend I did a three-day binge on cocaine. The following week I had a dream. God showed me my life. It’s the only time I heard the audible voice of God, or at least that’s how I interpreted it. There was like a wood sign, a dirt road, two paths, one [sign] said worldly success, one said ministry. He said, “If you sign that contract you’ll have success but you’ll miss the purpose of your life.”

Your parents were devout Catholics and you were raised in the church, but you hadn’t committed your life to Jesus yet. How did that happen?

I was passing out flyers for a dance two weeks after [that dream], during Fiestas. [Old Spanish Days Fiesta] in Santa Barbara is like the Mardi Gras. The city is in an uproar; they just party for three days. And then all of a sudden I saw a tract on the ground, and it said, “Jesus is coming back. Are you ready?”

I connected it to the dream I had. I thought, God is trying to get a hold of my life. And the church [which the flyer was advertising, Cornerstone Church of Santa Barbara] was meeting in the community center where I did my dances. I thought, great!

So Wednesday night, 7 o’clock, I snorted a half a gram of cocaine—I didn’t go anywhere without being high—and I prayed this prayer on the way to this church. I said, “God if you can change my life … ” Just like that. I go and there were about 40, 50 people in this church service, and I hear this preacher. For the first time I heard the gospel with clarity.

So the agent that I was going to sign with, I sold him my entire company. All my clients, the name, and I went into the streets of Santa Barbara and started street preaching about Jesus Christ. People would give their lives to Christ. And that’s when God told me, you’re going to be a preacher.