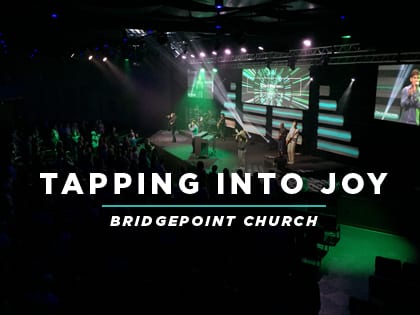 No. 13 Fastest-Growing: BridgePoint Church in Florida Seeks out the Unchurched and Dechurched

Early in 2010, a member of BridgePoint Church in St. Petersburg, Florida, invited her friend Amy Willoughby to join her at a Sunday morning service. Willoughby, a graphic designer, agreed and before long she started attending regularly, bringing along her husband and children. Within a few years, the entire family had accepted Christ. Today, Willoughby is an executive member of BridgePoint’s communications team.

“It’s a perfect picture of how the funnel of faith works,” says Tim Whipple, lead pastor of BridgePoint.

When Whipple first came to St. Petersburg in 2006 to plant a church, he was told the area was the “black hole of church plants” and that the majority of people in Pinellas County were either unchurched or dechurched.

“When I received that insight,” Whipple says, “that [population] became our bull’s-eye—to reach people who are totally disconnected from God.”

The church’s vision and passion the community would begin to see the world through the lens of Christ. When that happens, Whipple says, and people people start to discover what following Christ can mean for themselves, for their families and for their city, their energy changes. Their attitude changes. Their heart changes.

“People are captured by things that are bigger than themselves,” Whipple says. “We believe that God is using us as a catalyst to change the trajectory of our city.”

The secret to reaching the community and multiplying is focusing on the right things, Whipple says. It’s not, for instance, about the music style or the paint color that’s on the walls—it’s about investing in people and tapping into joy.

“We’ve created an environment where it’s fun to come to church,” Whipple says. “People show up because they don’t want to miss out on something good.”

To this end, the church implements a lot of creativity. Because, as Whipple puts it, “We know we can get the people of Pinellas County to come here once, but how do we get them to come back?”

While it’s not unusual for a church to prioritize two environments, such as corporate worship and Sunday school, Whipple thinks pointing people to four environments is a more efficient strategy. “People will give us more time if what we’re giving them adds value to their lives,” he says. The groups are fluid and flexible, so folks can move in and out of any group at any point in time.

BridgePoint has come a long way since it started 10 years ago with just three people. After experiencing steady growth during its first three years (reaching around 250 in attendance), the church has doubled in attendance every year since. Whipple and his team have plans to launch additional campuses in downtown St. Petersburg and in neighboring areas, with a long-term goal to plant 10 campuses in the next 10 years.

From Outreach Magazine  Who Will Tell Them?

“Our ultimate goal is to reach 100,000 people for Christ,” Whipple says. “If we do that, we will completely change our city.”

Though Whipple is pleased with the church’s growth, he insists that nothing magical or groundbreaking is going on.

“We’re just a church with a clear vision, strong leadership and a heart for people,” he says. “We’re the perfect example of how you don’t have to have all the kinks worked out in order to thrive.”