Each of the criticisms can be true of some large churches, but the greater truth may be how few of these criticisms actually stick.

In fact, the most common critiques of large churches actually reveal 10 of their more significant lessons:

Myth No. 1: Large churches don’t understand the challenge that comes with being small.

Their insights are thus atypical and not transferable to the average church. The truth is that most large churches started small, often as church plants, and grew through multiple stages on their way to large-church status. As a result, they have the most gathered wisdom for helping smaller churches break through the traditional growth barriers of 70, 120, 200, 500, 1200 and more. No one can help you break through those barriers more than a church that has actually done it.

Myth No. 2: Large churches are so fixated on outreach that they have dropped the ball on discipleship.

Most large churches are very concerned with discipleship. They are not just into “numbers” or growth, but spiritual formation. In many ways, they have been forced to tackle this area with great diligence. They have so many new attenders from such varied backgrounds, they have been forced to be highly intentional about strategic discipleship classes, mentoring programs, Bible studies and “next steps” processes. As a result, their discipleship offerings are often among the best.

Myth No. 3: Large churches spend all of their money on themselves instead of the poor.

Most large churches are not spending their resources on simply building their little kingdom, but are among the most generous givers to social causes, justice ministries and international missions. But they did tend to spend their money strategically in their early days to fuel the growth that allowed them to reach the critical mass that enables them to now be such generous benefactors. They didn’t waste their money on things that didn’t produce growth, their missions giving grew as they did, and thus they can offer a window into strategic Kingdom stewardship.

Myth No. 4: Large churches don’t care about other churches.

Most large churches have a genuine heart to help other churches reach their full redemptive potential. They work hard to develop resources, conferences, seminars and touring events/speakers to serve others. Currently, they produce some of the best resources for other churches, including new music and children’s curriculum.

Myth No. 6: Large church staff are corporate types without a true heart, or understanding, for authentic pastoral ministry.

While it is true that many churches hire from within, and from people who were once in the marketplace, these men and women are frequently among the most deeply committed and called of all. They were often won to Christ through that church, discipled by its leaders, embodied the Great Commission because they were a direct result of it, and left higher-paying jobs in the marketplace to give their lives to the cause. From this, they have much to offer us all, blending both a pastoral heart and marketplace savvy.

Myth No. 7: Large churches are cold and impersonal.

Large churches can’t be impersonal and cold. Think about it: They wouldn’t be large if they were! Most large churches are, in fact, exceptionally friendly. They work on it with enormous intentionality, doing everything they can to serve first-time guests at every point of need. They throw open the doors every weekend with guests in mind, often with entire ministries devoted to the guest experience. From this, they can teach many churches how to exude a warm and welcoming atmosphere.

Myth No. 8: Large churches have abandoned orthodoxy in order to get warm bodies.

There is a difference between what is said and how it is said; between the method and the message. Most large churches are actually very conservative theologically; they have simply removed certain cultural barriers in areas related to method, style or communication strategy in order to connect with contemporary hearts and minds. Churches that might be bound more to traditionalism than authentic tradition would be well served to see this dynamic in play.

Myth No. 9: Large churches have a back door the size of Alabama.

If there wasn’t some serious relational “Velcro” in play at large churches, they would never have become big. Most large churches do a very good job at connecting people to community through such things as small groups and serving teams. In fact, they are keenly aware that if someone doesn’t connect with four or five others within six months or so, they will start to drift. That’s why they work so hard at getting people involved in small groups or serving teams. The real lesson of large churches is how quick and easy they have made it to get involved.

Myth No. 10: The motivation of large churches is pure ego and hubris.

Most large churches did not set out to get large. They simply had a vision to be a biblically functioning community, a passion to fulfill the Great Commission, and a heart for the least and the lost. Some may have succumbed to ego along the way, but that wasn’t the genesis of their efforts. Make no mistake — a large vision matters. But the vision of most large churches was, and is, to reach as many people for Christ as possible, not a personal pedestal.

There are ten learnings from large churches tucked away behind ten of the more common criticisms. Without a doubt, each of the criticisms can be true of some large churches. But the greater truth may be how few of these criticisms actually stick, and how much they might actually reveal about what can be learned. 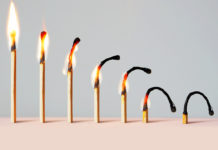 How to Minister to a Culture That Is Burning Out 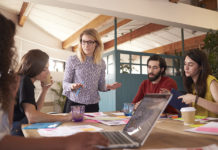 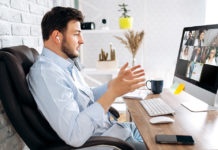 Why You Should Start Limiting Your Zoom Meetings