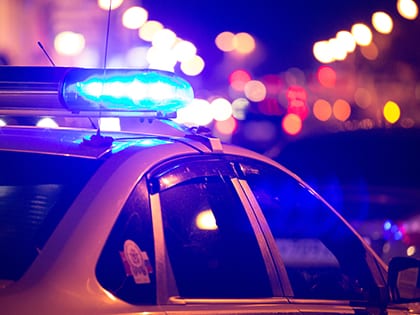 “Events like this remind us that life is short and eternity is real. We should always be ready to stand before God.”

They called it the Mandalay Massacre.

A 64-year-old man armed with more than 10 rifles shot and killed 58 people in what is now known as the largest mass shooting modern U.S. history. Hundreds more were wounded.

The question that comes to mind at a time like this is, Why?

Why did God allow such a horrible thing to happen?

A Barna poll asked, “If you could ask God one question and you knew he would give you an answer, what would you ask?” The most common response was, “Why is there pain and suffering in the world?”

If you are sharing the gospel, it won’t be long before someone asks, “How could a God of love allow tragedy, pain and suffering?” C.S. Lewis said that the “problem of pain is atheism’s most potent weapon against the Christian faith.”

More people point to the problem of evil and suffering as their reason for not believing in God than any other. It is not merely a problem; it is the problem.

The general tendency, of course, is to blame God for evil and suffering, transferring all responsibility to him. So let’s look closer at the core question: If God is so good and loving, why does he allow evil?

The first part of this question is based on a false premise. People who express those words are essentially suggesting (or saying outright) that God must meet their own criteria of goodness. But who are they to set standards for God? When did they become the moral center of the universe?

God isn’t good just because that’s my opinion of him, or because I personally agree with his words or actions. God is good because he says he is! Jesus said, “No one is good—except God alone” (Luke 18:19).

God is good, whether I believe it or not. He and he alone is the final court of arbitration. As Paul said, “Let God be true, but every man a liar” (Rom. 3:4). And what is “good”? Good is whatever God approves. And it’s good because he approves it! “That’s circular reasoning!” Well, maybe, but everything begins and ends with God. I think of it more as biblical reasoning.

From Outreach Magazine  America Goes Back to Church En Masse

In Isaiah 1:18, God invites, “Come now, and let us reason together,” or (as it’s written in The Message), “Come. Sit down. Let’s argue this out.” You see, God’s thoughts are above our thoughts. There’s no higher standard of goodness than God’s own character—and his approval of whatever’s consistent with that character. So God is good. Period.

Now, let’s come back to the second part of the question. Why does he allow evil?

Remember that humankind was not created evil. In their original state, Adam and Eve were innocent, ageless and immortal. But from the very beginning—from the time that God gave life to Adam and Eve—man has had the ability to choose right or wrong. He made his choice (and then his choice made him!).

Had man never sinned, there would have been no resulting curse. But now it’s too late. In Romans 5:12, Paul says, “When Adam sinned, sin entered the entire human race. Adam’s sin brought death, so death spread to everyone, for everyone sinned.”

The point to keep in mind here is that humanity—not God—is responsible for sin.

So why didn’t God create human beings to be incapable of sin? If God hadn’t given us a free will, we would merely be puppets on a string, remote-controlled robots who bow before him at the touch of a button. God wants to be loved and obeyed by creatures who voluntarily choose to do so. Love cannot be genuine if there’s no other option. You and I can choose to love God. And if we’re realistic, we have every reason in the world to make that choice.

There are times I just don’t know why God does or does not do certain things. I, like you, am mystified by a lot of it. So here is my answer:

Listen: Being a Christian does not mean you will not suffer. We may ask the question, “Why me?” but we could more easily ask, “Why not me?” As 1 Peter 4:12 tells us, “Beloved, do not be surprised at the fiery trial when it comes upon you to test you, as though something strange were happening you.”

Our trials and sufferings should not be seen as strange but expected. Jesus himself assured us that there will be suffering in our lives: “These things I have spoken to you, that in me you may have peace. In the world you will have tribulation; but be of good cheer, I have overcome the world” (John 16:33).

Here is what we need to know: We need to prepare for suffering. Suffering will come; it’s not a matter of if, but when and how much. As you hear this message, and you do not have any suffering or tragedy, I would say, “Rejoice, and enjoy it!” But know that hardship will come.

Here is the bottom line: You are either coming out of a storm or headed into another. “People are born for trouble as predictably as sparks fly upward from a fire” (Job 5:7). It’s just a matter of time. In this life, the only way to avoid suffering is to die. So like the diligent squirrel gathering nuts for winter, store these truths in your heart.

As Randy Alcorn says in his book If God Is Good, Why?:

“Most of us don’t give focused thought to evil and suffering until we experience them. This forces us to formulate perspective on the fly, at a time when our thinking is muddled and we’re exhausted and consumed by pressing issues. People who have “been there” will attest that it’s far better to think through suffering in advance.”

In other words, be prepared ahead of time!

Our hearts go out to the families of those who were killed in Las Vegas. We need to pray for them. We thank God for the courageous first responders who were at the scene. And we pray for the hundreds of wounded people. May God extend his comfort to them.

Events like this remind us that life is short and eternity is real and very close. This is why all of us should always be ready to stand before God. And the only way to be ready is by having put your faith in Jesus Christ.

Greg Laurie is the senior pastor at Harvest Christian Fellowship in Riverside and Irvine, California, and the founder of Harvest Crusades, large-scale evangelistic events that are held across the world. This article was originally published on Greg.Harvest.org.