Home Resources 5 Ways the Online World Is Hurting Us 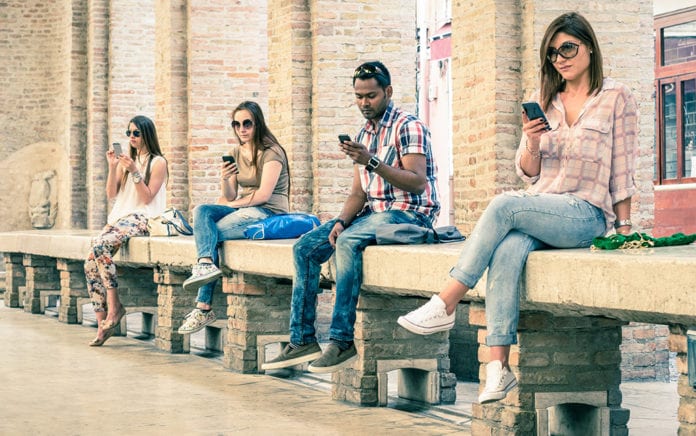 The latest findings from social scientists about how the internet is affecting us.

There are few things more fascinating—and more pressing—to social scientists than to discover what our new digital world is doing to us, particularly the new online world. From an assortment of new surveys and studies, I’ve drawn together five key findings. Some you may have suspected, some may come as a surprise, but all are based on the most recent findings.

According to a new major study of nearly 10,000 teenagers by University College London and Imperial College London, social media damages children’s mental health by “ruining sleep, reducing their exercise levels and exposing them to cyberbullies in their homes.” In fact, “Using sites multiple times a day increases the risk of psychological distress by around 40%, compared to logging on weekly or less.”

2. It’s Changing How We View and Have Sex.

Singles today complain about the pitfalls and disappointments of online dating, as if it is the only kind of dating there is. In truth, it represents a radical cultural departure from what had been the norm. Online dating is radically individualistic, as opposed to the more communally based dating of the recent past. Instead of friends and family making suggestions and introductions, it is now an “algorithm and two rightward swipes.” As an article in the Atlantic put it: “Robots are not yet replacing our jobs. But they’re supplanting the role of matchmaker once held by friends and family. … [For] centuries, most couples met the same way: They relied on their families and friends to set them up. In sociology-speak, our relationships were ‘mediated.’ In human-speak, your wingman was your dad.” Translation: Tinder, OKCupid and Bumble have taken the place of community. No longer are those most intimate with us serving and guiding and counseling; “now … we’re getting by with a little help from our robots.” And even those most involved lament “the spiritual bankruptcy of modern love.” Or as one person put it in the article, the rise of online dating reflects “heightened isolation and a diminished sense of belonging within communities.”

Polling reveals two things we all seem to agree on: People are more likely to express anger on social media than in person (nearly nine in 10), and we are angrier today compared to a generation ago (84%). According to a new NPR-IBM Watson Health poll, the more we go online to check the news or use social media, the angrier we become. The reasons are not hard to diagnose: News outlets are often openly biased toward a particular view (thus inciting emotions), and there is a cottage industry of trolling on social media. In other words, we’ve created a context for anger to be incited and expressed. And it’s working.

There are few changes that have swept the cultural landscape more swiftly than the West flipping its views on all things related to homosexuality. As recently as 2004, polls conducted by the Pew Research Center showed that the majority of Americans (60%) opposed same-sex marriage. Today, 61% support it. But how did minds change so quickly? In a telling study, Harvard University psychology professor Mahzarin Banaji investigated long-term changes in attitudes. He found that between 2007 and 2016, bias toward gays decreased dramatically. There are many dynamics that could be associated with this, such as the growing visibility of gay people in popular culture (Ellen DeGeneres, the show Will and Grace), but why did the landslide toward cultural acceptance begin in 2007?

Because as Pulitzer Prize winning New York Times columnist Thomas Friedman has noted, this was the year the iPhone was released. And not just the iPhone, but when Facebook left the campus and entered the wider world, Twitter was spun off, Google bought YouTube and launched Android, Amazon released the Kindle, and the internet crossed one billion users worldwide, which was the tipping point for it becoming the fabric of our world—all in 2007. And as a result, it began to facilitate cultural change in ways previously unimagined.

Alarmed? You should be.