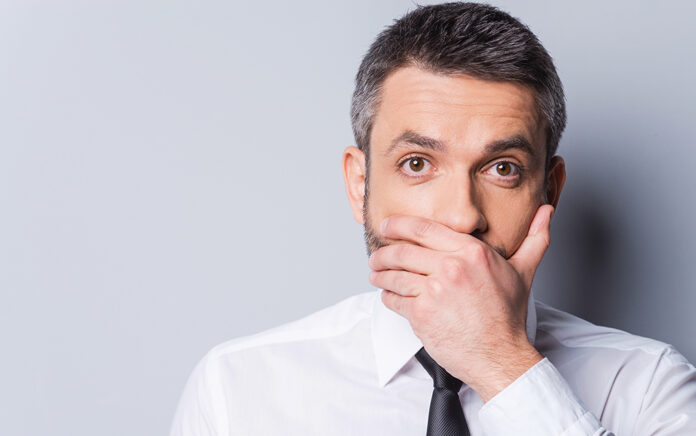 People are more open to having gospel conversations than we expect

Think about what you see on television. Shows are often filled with business, politics, sports, personal relationships and many other facets of real lives. One element that is often omitted is God or any realistic portrayal of religion. Our entertainment repeatedly shows us life, laughter, and intense situations, all without God.

Unfortunately, this same suspension of reality occurs every day among Christians who are simply living life without verbalizing what their faith means to them or why they even believe.

Evangelism Explosion recently partnered with Lifeway Research to survey Americans about their openness to conversations about faith today. The findings reveal that the popular perception is that Christians are shy about talking about their faith.

Six in 10 Americans say that many of their friends who say they are Christians rarely talk about their faith. It is possible that some believers think that calling themselves a Christian is sufficient. However, the apostle Paul clearly said, “How can they believe without hearing about him?” (Rom. 10:14).

Simply claiming the label of Christian doesn’t explain to anyone why that is good or bad or helpful or transformative. Awareness without understanding never creates interest. If believers don’t share the value they’ve found in a relationship with Jesus, then we are acting as if all those who know we are Christians already understand Christian beliefs and the hope that Christ offers.

The reality is that Americans are interested in why we have our faith even more than the fact we have it. More than two-thirds of Americans agree that if someone they know thinks their faith helps with core human needs, then they want to hear more why that person thinks that (69%).

There Are No Perfect Strategies.

Advertisers often pay based on the number of people who will realistically see their ad. Only a small percentage of the total number of people who see or hear that media actually respond. Companies do a lot of work to understand who is more likely to respond, but they do not know who will engage or who will buy.

In the same way those who share the gospel don’t know how the listener will respond. While we can try to use methods and put ourselves in situations where it is more likely they will listen, people still have a choice. Yet, regardless of their response, we have a responsibility to share. As we do, we anticipate, but we do not dictate the Spirit’s work in their life.

It is likely that some believers are not sharing their faith because they anticipate rejection. They assume the likelihood of someone being interested in their faith is too low to bother trying. Yet, that assumption is far from reality.

Include Faith in Your Story.

Regardless of the situation in which a faith conversation might occur, only a minority of those with non-Christian beliefs say they are not open at all to such a conversation. This rejection is lowest when they are meeting someone new. Only 1 in 7 people with non-Christian beliefs are not open at all to hearing the new person’s life story when it includes their faith (14%).

Those early conversations when you meet someone are a natural time to share how your faith in Christ matters to you. It is part of your story, and almost 7 in 10 Americans expect you to include it (69%).

In contrast to people’s openness to you sharing your faith within your life story, people are less open to having a conversation about faith with someone they don’t know. This is not a reason for failing to share, but we should enter that conversation knowing it is less likely people will want to engage.

When we fail to notice and respond to social cues like someone’s displeasure about us bringing up the subject of faith, we are either exhibiting a social-emotional disorder or we are intentionally being intrusive. Demonstrating love motivates us to want to share the gospel, but it should also make us sensitive to how people are responding to it.

It is well worth looking for opportunities to share the gospel with people we don’t know. But it also makes sense to read their reaction and be respectful.

Neighbors, co-workers and people we see regularly are people Jesus instructed us to love. As we show we care about them, there is potential for relationships to develop. As they do, we have the opportunity to share Jesus’ impact on our lives.

Friendship is not a milestone you are waiting for before you share the gospel, and it is not a disingenuous reason for becoming friends with someone. But if your faith is real, then those same friends will have much less resistance to hearing you talk about it.

God has given believers a key role in his redemptive plan. Four in 10 Americans and 46% of those with non-Christian beliefs wouldn’t think about faith on their own if a friend or family member didn’t bring it up. If we omit our faith from our conversations, many around us will never see Christ’s presence in our lives.