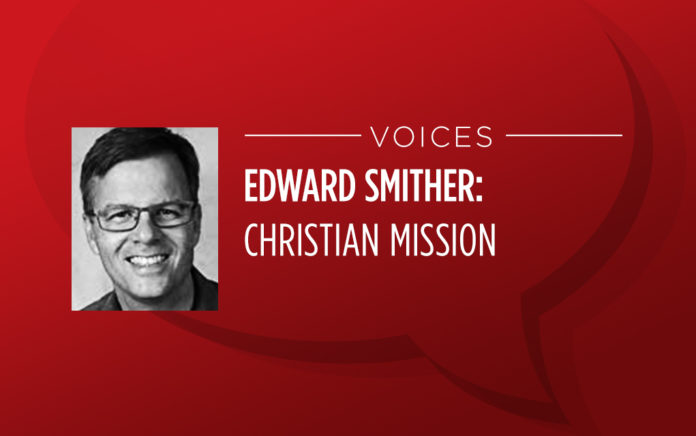 Outreach Resources of the Year
Cross-Cultural and Missional

“This notable book brings history to life in a way that is amiable—effortlessly explaining global mission history without condescension—tackling challenging issues such as mission in the Protestant Reformation, all framed within political and social contexts that use vivid imagery of key people and strategies.”

Evaluated by Robert Gallagher, director and professor of intercultural studies at Wheaton College Graduate School. He co-authored Encountering the History of Missions and Breaking Through the Boundaries.

WHO: Edward Smither, professor and dean of intercultural studies at Columbia International University.

HE SAYS: “God is a missionary God and invites his people to participate in his mission. No one is off the hook.”

THE BIG IDEA: A comprehensive history of Christian mission examining the geographic, political and social contexts and highlighting key people, strategies and outcomes.

THE PROGRESSION:
In Chapter 1, “Mission in the Early Church,” covers the end of the first century through the middle of the eighth century. Chapter 2, “Mission in the Medieval Church,” explores the gospel’s expansion into Europe, Russia, central and east Asia, and Scandinavia.
In Chapter 3, “Mission in the Early Modern Church,” the author looks at the period of 1500 to 1800. Chapter 4, “The Great Century,” discusses the nineteenth century of evangelical Protestant mission efforts.
Chapter 5, “The Global Century,” captures the twentieth century of Christian mission. The book concludes with “Mission From the Majority World,” a look at the missional reversal of the reversal of the twenty-first century.

From Outreach Magazine  Michael McRay: I Am Not Your Enemy

“The greatest boundary that a missionary navigators is the one between faith and non-faith.”