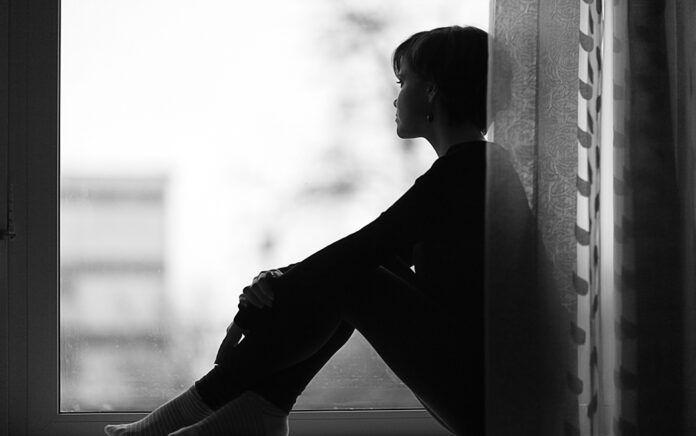 If we give the impression that getting your family-discipleship strategy right is the way to produce perfect, Christian children, then we’re presenting a false gospel.

In 1844, the Young Men’s Christian Association (the YMCA) was founded in London to improve the lives of young working men; soon, churches followed this model by creating their own Young People’s Associations or Christian Endeavor Societies. Those were early precursors to contemporary youth ministry.

But if you ask me, I’d trace today’s student and children’s ministry models back to the 1940s and 1950s. During the latter half of the twentieth century, the social function of the adolescent years began to change. The teenage years were no longer viewed as an intermediary life stage with adulthood as the goal but as a distinctive youth culture that resisted movement toward adulthood.

In response, Christian leaders created organizations and ministries that sought to reach teenage culture for Christ. Parachurch ministries such as Young Life (1941) and Youth for Christ (1944) were quickly followed by age-directed youth ministry programs in local churches. Youth ministry leaders of the 1970s, 1980s, and 1990s saw the youth culture as their mission field. They set up drum sets, used lights and video, and played crazy Nickelodeon-style Double Dare games as a way of becoming “all things to all people that by all means [they] might save some” (1 Cor. 9:22).

But the youth ministry movement of the late 1900s also had its liabilities. What emerged was a segmented-programmatic approach that comprehensively divided up a congregation according to age and special interest. In this compartmentalized model, youth groups—and sometimes children’s ministries—developed their own expressions of Christian community that operated in isolation from the rest of the congregation. These groups typically rejected older forms of worship such as hymn singing, and the youth ministry leaders would pursue their own methods and teaching plans that were disconnected from the direction—and sometimes even the theology—of the larger church.

Another disadvantage of the programmatic youth ministry model was a growing sense among some parents that they themselves would never be able to reach their children. They needed younger, cooler youth leaders who were, one might say, “in touch with kids today.” During the Reformation, Luther had fought against the clergy-laity divide within the Roman Catholic church. But less than five hundred years later, many parents assumed the responsibility for evangelizing and training their children was best left with professionals. Here’s how Timothy Paul Jones describes this drop-off mentality: “School teachers are perceived as the persons responsible to grow the children’s minds, coaches are employed to train children’s bodies, and specialized ministers at church ought to develop their souls.”

Thankfully, just as it did during the Reformation, the church has once again responded to an overemphasis on segmented and institutional ministry. In the late 1990s and early 2000s, a group of family ministry leaders arose and registered their concerns about both of these trends. These leaders formed what has come to be known as the family ministry movement, and they’ve proposed a number of creative alternatives to programmatic youth ministry.

Proponents of family-based ministry, for instance, have added intergenerational and parent-training activities to their churches’ existing age-organized activities. The goal of these supplemental events and learning experiences is to draw the generations together.

Family-integrated churches are more radical. They’ve eliminated age-graded classes and events altogether. There’s no youth group, children’s ministry, or senior adult programs in these churches. The generations learn and worship together, and parents bear the primary responsibility for the evangelism and discipleship of their children.

Many churches found an approach between the supplemental family-based model and the extreme of family-integrated churches. Adopting what has come to be known as the family-equipping model, these church leaders have sought to coordinate a church’s age-stratified ministry structures and the parents’ ministry to their children at home around “a master plan to build faith and character in their sons and daughters.”

While the solutions proposed by these scholars and practitioners varied, they shared two common goals: (1) de-compartmentalizing the church’s people by reconnecting church and home, and (2) empowering parents as the primary faith-trainers for the next generation.

Is There Something Wrong with Focusing on the Family?

I’d consider myself an advocate for the family ministry movement. After all, God has a heart for each successive generation, and I know kids and students benefit from the combined influences of loving parents and a missional church community. But as I’ve worked with kids and families over the past fifteen years, I’ve had some experiences that, like Luther after his trip to Saxony, have tempered my enthusiasm. I’m concerned in particular that our ideals about how to do family discipleship have sometimes distracted us from our more primary responsibility to teach kids the gospel.

Here are a couple of the ways we get distracted.

First, we’re tempted to believe that getting family discipleship right will automatically produce Christian kids. In the early days of the family ministry movement, you’d hear a lot of daunting statistics about church kids leaving the faith after they went off to college. Many leaders offered new family-discipleship strategies to the church as a way of helping to raise retention rates. It makes sense, doesn’t it? We want our kids to stay connected to Christ as they grow older. We’d like to have surefire strategies for keeping young men from running off into the hills with a gang of bandits.

But the danger with promoting strategies is that we sometimes overpromise. If we give the impression that getting your family-discipleship strategy right is the way to produce perfect, Christian children, then we’re presenting a false gospel. It’s a subtle form of legalism, one that pastor Dave Harvey calls the “false hope of deterministic parenting.”

Don’t get me wrong. I believe Christian parents should be expectant about their kids’ future. Our children are raised in homes and churches where they hear the gospel taught (1 Cor. 7:14). They’ve been given the opportunity to taste and see that the Lord is good (Ps. 34:8). But there’s no formula for ensuring our kids will persevere as Christians. Both parents and family ministry workers must be clear that our responsibility is to faithfully teach the good news to the next generation and then leave the results to the Lord. Salvation is his work. Practicing family devotions or disciplining consistently can’t prevent kids from rebelling. Remember, our perfect Father has prodigal children (Luke 15:11–32). What right do we have to assume that wandering can’t be a part of our own children’s stories? Being more honest about this will release the parents we’re shepherding from unnecessary guilt and encourage them to build home environments where older kids who wander spiritually will be welcomed back into the fold.

Second, we’re tempted to let promoting our family ministry ideals eclipse the priority of reaching the lost. The family ministry movement as a whole emphasizes the importance of parents as the primary faith-trainers for their children. This is in fact biblical (Deut. 6:1–12; Ps. 78:1–8). But what about kids whose parents are absent, unbelieving, or just immature? Kevin Jones writes:

I have served in contexts where the worst person to discern the condition of a child’s heart is the parent! Parents can be toxic, enabling, and spiritually damaging to the growth and development of young believers. In the best cases, fathers and mothers are present spiritually—but the best case doesn’t always describe the contexts where God has placed us. In some situations, the parent may be one of the reasons a young Christian struggles to grow spiritually.

I’ve seen friends and church leaders advocate for sweeping changes both in their church communities and the church at large in the name of a family ministry ideal. Earlier, I told you how family-integrated churches reacted radically to programmatic and segmented ministry. One thing I love about this approach is the emphasis it puts on exposing young people to cross-generational church life; this is essential for kids’ growth. However, promoting our family-discipleship hobbyhorse should never eclipse the priority of the Great Commission (Gal. 2:11–14).

Kids trained from an early age might pull off sitting through a long-winded sermon without rolling matchbox cars down the wooden pews, but will unchurched visitors and new believers be as successful? In our pursuit of family-ministry ideals, we must be careful not to create social barriers to the gospel.

As we pursue ways that our churches can experience intergenerational family life, we also need ministry approaches that remember kids from unbelieving homes and that capitalize on the pedagogical advantage of age-directed lessons. Think about it. Why should we have young children sit all the way through a sermon they don’t understand? Even within the Bible, there seem to be some parts—Song of Songs, for example—that should be taught publicly (2 Tim. 3:16–17) but seem to be reserved for adults and older teens, not for younger children (Song of Songs 8:4). Other parts of the Bible, such as Proverbs, are geared toward youth (Prov. 1:8; cf. Ps. 119:9–16). We have to keep our priorities in order. The church’s goal in discipling the next generation is not to train kids so they can sit quietly through church services. Our goal is for them to hear about the Savior and, by God’s grace, be changed by him.

Content adapted from Keeping Your Children’s Ministry on Mission by Jared Kennedy. This article first appeared on Crossway.org; used with permission.