Home Resources Books Why God Cares About the Physical Earth 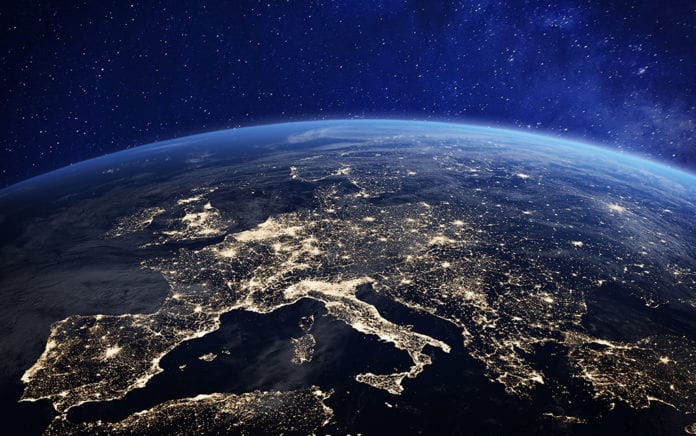 “God is committed to the earth that he has made, and he delights when we rejoice in the good things he has given us to enjoy.”

The grandeur and intricacies of the physical earth are breathtaking. God did not hold back when he made the world with its beauty, interdependence and complexity. It is not a temporary commodity; it is a masterpiece. It is not surprising, therefore, that God is concerned about what happens to the earth. He is not going to give up on it because of the introduction of sin. He will not allow Satan to have the final word. It is God’s earth, and the Bible tells us that he intends to renew it.

Sadly, many Christians do not share God’s commitment to the physical world. Spiritual things seem to be all that matter. While they live in this world, they forget to thank God for what he has made and how he sustains it. They assert a belief in the physical resurrection, but they do not ask where physical bodies will live if not in a renewed physical earth. Their focus seems more on heaven than on the biblical agenda of new heavens and a new earth.

It is too easy to reduce the gospel to be a story about how Christians get into heaven. Of course, there is nothing wrong with proclaiming the way to heaven. Indeed, it is essential. But if that is all we say, we are leaving out a significant part of the biblical drama. God is one day going to renew the universe. His commitment to what he has made is mind-blowing.

Understanding God’s plan to renew the earth connects what Christians learn on Sunday mornings with the rest of the week—shaping their mission as they discover purpose in all their daily work here on earth.

God created humans in his image, to be those who would have dominion over the earth. The reason God did this is that he cares for his creation. He does not take this physical world for granted. He does not devalue ministries in the world that look after people’s physical needs. He created us to value the buildings we inhabit, the gardens we tend, the food we eat, the garbage collector who collects our trash every Tuesday night. His image bearers care for the world he created. Human society is interdependent, and Christians should value this because we know the one who created it all and is committed to it all.

In our prayers at church, how often do we give thanks for those who labor in the mundane jobs that keep society going? Do we see value in the work of members of our churches who are employed in finance, in marketing and in construction? Or do we say that the only function of paid employment is so that our members can earn enough money to support gospel ministry? Do we value the very work that keeps our society going?

The urgency for Christians to understand the earth they inhabit is real. People of all faiths and of none have an opinion about the planet. Some treat it as a god to be worshiped while others see it as a commodity to be used and abused. Many hold positions between these two extremes. If Christians are only focusing on heaven, and not on this world, they will have a problem communicating with the current generation. Our commitment to the world should reflect the prayer that Jesus taught his disciples: “Give us today our daily bread” and “your kingdom come, your will be done on earth as it is in heaven.” If the divide between Sundays and Mondays is so great that what we do on one day of the week matters and what we do on the other six days is of less importance, we start to distort God’s good intention for Adam and Eve and their descendants to be his image bearers.

An underestimation of the value God places on the physical earth will lead us to undervalue physical pain and weakness. The only problems we tend to address are those concerned with spiritual poverty. We will neglect important ministries to those who are sick, to the lonely, to those suffering injustice and poverty. What about those who work as vets, who protect the environment and who mow lawns? Does God value their ministry to his earth?

And what about those who work full-time in gospel ministry? We can all tell stories of pastors whose ministry has come undone because they have neglected the importance of physical pursuits in their lives. It may be a problem with their diet or a lack of exercise. It may be committing themselves to ministry while neglecting their marriage, their children, their friends and their physical well-being. Some may even think that people who value their health and family and the physical things of this world are in danger of backsliding. We see Christian maturity through a merely spiritual lens. Do we value those at church whose ministries include cleaning, cooking and putting out chairs?

God has placed us in a physical world and given us dominion over it. When we fail to value it, we fail to honor the God who created it and sustains it. We forget that we are creatures who are to enjoy what the Creator has given to us.

The Bible begins with the words “In the beginning, God created the heavens and the earth.” It ends with a picture of a new heaven and a new earth. These bookends remind us that God is committed to the earth that he has made, and he delights when we rejoice in the good things he has given us to enjoy.

When Christians value the spiritual and despise the physical, one wonders what Bible they have been reading. Don’t they realize that the second person of the Trinity became flesh and dwelt among us physically? Can’t they see the care he took for people who were hungry, sick and poor? Don’t they understand that his body was given for us in physical death, and raised on the third day? This very same Jesus will raise our mortal bodies that will live in a new heaven and a new earth. The physical earth matters to God, and so it should matter to us. He made it and he will renew it. The earth is of great value to God and what we do in it is of great importance.

Excerpted from Not Home Yet by Ian K. Smith. This post originally appeared at Crossway.org; used with permission.