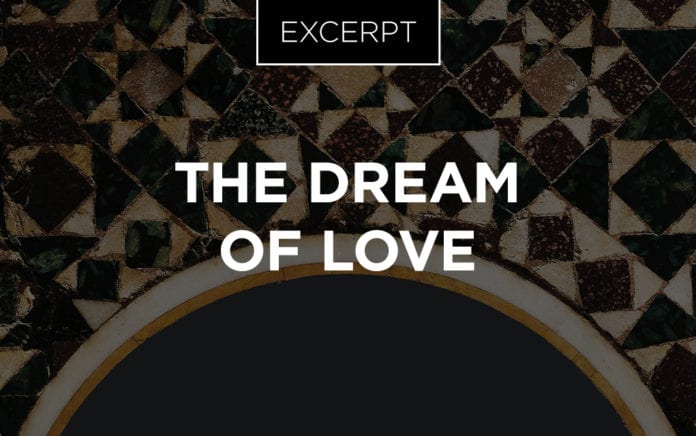 Life in the kingdom of God is better than we can imagine.

Excerpted From
Living in the Kingdom of God
By Sigurd Grindheim

The most important words in Jesus’s vocabulary are nowhere to be found in the Old Testament. “The kingdom of God” is not mentioned at all, and there are only two references to the “kingdom of the Lord” (1 Chron. 28:5; 2 Chron. 13:8). But these statistics are deceptive. Jesus’s language about the kingdom builds on the idea that God is king, a point that is made explicitly or implicitly on almost every page of the Old Testament.

The psalmist praises God as the perfect king. “The King is mighty, he loves justice—you have established equity; in Jacob you have done what is just and right” (Ps. 99:4). As a ruler, God is always fair; he ensures that his society is a just one. His people live in safety, knowing that their king is able to provide for them. “For the Lord is our judge, the Lord is our lawgiver, the Lord is our king; it is he who will save us” (Isa. 33:22).

This king eliminates the powers of evil. “But God is my King from long ago; he brings salvation on the earth. It was you who split open the seas by your power; you broke the heads of the monster in the waters. It was you who crushed the heads of Leviathan and gave it as food to the creatures of the desert” (Ps. 74:12–14). “The seas” and “Leviathan” probably refer to the spiritual enemy of God and his people, later referred to as the devil. (The book of Revelation draws on the image of Leviathan to portray the dragon, which represents Satan; see Rev. 12:3.)

Where God rules as king, there are no evil powers. I often dream of such a society, a society without evil, a society ruled by God. I imagine what the world would be like if everyone did good all the time, if every individual always did what God wants us to do, if everyone obeyed the golden rule: “Do to others what you would have them do to you” (Matt. 7:12).

From Outreach Magazine  Why We Must Keep the Gospel Central

First of all, many people would be out of work. Take locksmiths, for example. You would never again need to lock your door. No one would ever steal anything, and people would come to visit only when you really wanted to see them.

In a society like that, all insurance companies would be unnecessary. You simply would not need insurance. If you needed anything at all, your friends and neighbors would provide it for you, free of charge. Those who had to go to the doctor would not need health insurance because the doctor would always give them all the care they needed. If your house were to burn to the ground, your neighbors would rebuild it for you while you were away on vacation, without asking for any compensation.

For the same reason, there would be neither banks in this society nor any form of money. Money would be completely superfluous and therefore utterly worthless. When you wanted something, your fellow citizens would give it to you. If someone from the United States got a hankering for Ethiopian coffee, someone from Ethiopia would travel across the ocean and give it to them. They would not need to be asked, and they would not charge anything.

If you think that no one who lived in such a world would ever want to work, since they could have everything for free, you would be mistaken. People would work harder than ever, not out of a desire to acquire more wealth for themselves but in order to give everything away to those in need. This kind of society would provide a life of luxury for all people. Every individual in the world would have thousands of servants ready to do anything they could imagine.

But there is something else that excites me even more than this imaginary life of wealth and abundance. That is the thought of what kind of relationships you could have with other people. You would be able to trust everyone you met and to confide fully in them without any reservation. They would never do anything to hurt you. Nothing you said would ever be used against you. Your words and your actions would never bring shame on you. The whole concept of shame would not exist. You could share all your most intimate thoughts and feelings with everyone you met without having to fear. Every person you ever knew would show you unconditional acceptance. No one would judge you, despise you, belittle you or secretly think they are better than you. Every person in your life would be your best friend.

From Outreach Magazine  When Evangelism Is Missing

There would be no falsehood. No one would ever deceive you by telling you something they didn’t really mean. We would know a fellowship with other people at a level we can hardly imagine.

In a world like this, no one would ever be treated differently than others because of the color of their skin or because of their country of origin. No one would look at someone else with suspicion because their appearance was different. No one would be denied a job or a house or any other privileges because they came from the wrong country or the wrong side of town. People would extend the same level of kindness to perfect strangers as they would to their own family. They would trust foreigners as unreservedly as they would trust their own parents. They would show the same kind of generosity toward people from different cultures as they would toward their own children. If all people always did the will of God, the world would be a happy place. If God would rule as king and everyone would do as he says, our planet would be a paradise.

Excerpted from Living in the Kingdom of God by Sigurd Grindheim, ©2018. Used by permission of Baker Publishing BakerPublishingGroup.com.