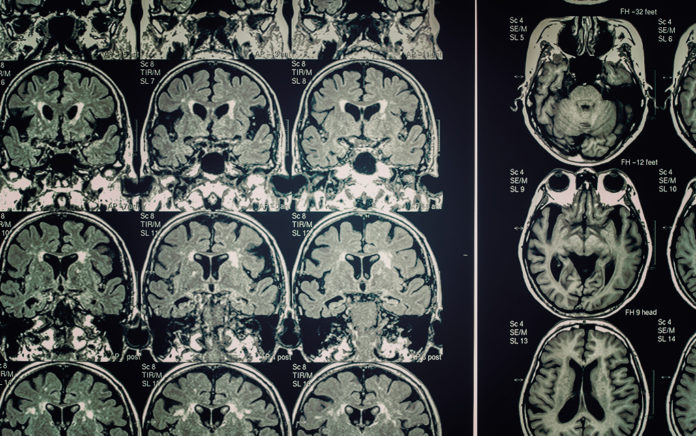 Scripture makes it clear that our thoughts are important, and findings from neuroscience explain why.

Discipleship is a matter of the heart—a lifelong process of transformation into the likeness of Jesus Christ that changes a person’s character from the inside out. While this process is largely the work of the Holy Spirit (1 Cor. 3:18), it also involves our direct participation (Phil. 2:12). Findings from neuroscience help to inform specific aspects of our involvement in this process of growth and change. In this article, I will discuss Hebb’s law and the quantum Zeno effect and show how these two dynamics of neuroplasticity can inform our understanding of discipleship to Jesus.

THE POWER OF THOUGHT

Scripture places great emphasis on the power our thoughts have in regard to our discipleship to Jesus Christ. Consider the following verses:

“Be transformed by the renewal of your mind” —Romans 12:2

“We destroy arguments and every lofty opinion raised against the knowledge of God, and take every thought captive to obey Christ” —2 Corinthians 10:5

“Since you have heard about Jesus and have learned the truth that comes from him, throw off your old sinful nature and your former way of life, which is corrupted by lust and deception. Instead, let the Spirit renew your thoughts and attitudes. Put on your new nature, created to be like God—truly righteous and holy” —Ephesians 4:21–24

“Set your minds on things above, not on earthly things” —Colossians 3:2

Scripture makes it clear that our thoughts are important, and findings from neuroscience explain why.

The human brain is composed of approximately 100 billion interconnected neurons called gray matter. Neurons are cells that process and transmit information in the brain through synapses: bridges of electrical signals that connect neurons to each other and carry the transmitted messages. Neurons are birthed by thoughts. In other words, the more you think the same thought, the more neurons are developed around that thought, and the stronger and more influential that thought becomes. Thoughts are important because they influence our emotions and the decisions that drive behavior.

In 1949, Canadian psychologist Donald Hebb published a theory that can be summarized by the saying “Neurons that fire together, wire together.” One way to understand Hebb’s theory is to picture multiple cars driving down a muddy road. The more cars that travel the same path, the deeper the ruts become. After the mud dries, it leaves behind deep ruts that are difficult to steer out of when you drive into them. In essence, the same thing happens in the brain. When you choose to repeatedly engage in the same thought again and again, the neurons that fire around that thought deeply imbed it into the brain, making it your default. This repeated focus of attention has a term: the quantum Zeno effect.

THE SUPERGLUE THAT HOLDS THOUGHTS IN PLACE

Neuroscientists refer to the quantum Zeno effect as “attention density.” Simply put, the more you pay attention to a thought, the longer it stays in place so that the neurons that fire around that thought stick in your brain—it works like superglue. Maybe this is why Jesus told us not to worry (Matt. 6:25–34). To worry is to think the same negative thought over and over. Constant negative thinking will often produce harmful emotions including toxic shame, fear, and hopeless despair. Let me use a story from my own life to illustrate this point.

In 2014, I was terminated from my role as the senior pastor of a large church in southern California; the elders decided that I no longer had the leadership skills to take the church to the next level. This was an abrupt and unwarranted decision from my perspective, and it caused me, my family, and the congregation a tremendous amount of emotional pain. As a result of the elders’ decision, I felt betrayed, rejected and abandoned by people I thought cared about me. In the days and weeks that followed, I experienced a rapid descent into shame, fear and hopeless despair as I continued to rehearse in my mind all the possible things that were going to happen to me and my family as a result of my termination. I thought we would lose everything, end up homeless, and become destitute. I worried that I would struggle with long-term unemployment—getting fired as a senior pastor doesn’t look good on a resume. The more I thought these negative thoughts, the deeper I sank into a pit of despair.

This story is an example of Hebb’s theory and the quantum Zeno effect in action. The more I thought the negative thoughts about all the terrible things that might happen to me and my family, the more I experienced damaging emotions. In this example, we can see how these dynamics of neuroplasticity work against us, but they can also work for us; it all comes down to the thoughts we pay attention to.

RENEWING MY MIND WITH SCRIPTURE

Thankfully, God has given us plenty of truth in the Bible that we can focus on, and when we do, these thoughts will produce positive results.

Consider the following passages in the New Testament that emphasize the importance and outcome of right thinking (emphasis added):

“Be transformed by the renewal of your mind” —Romans 12:2

“We destroy arguments and every lofty opinion raised against the knowledge of God, and take every thought captive to obey Christ” —2 Corinthians 10:5

“Since you have heard about Jesus and have learned the truth that comes from him, throw off your old sinful nature and your former way of life, which is corrupted by lust and deception. Instead, let the Spirit renew your thoughts and attitudes. Put on your new nature, created to be like God—truly righteous and holy” —Ephesians 4:21–24

“Set your minds on things above, not on earthly things” —Colossians 3:2

It really does matter what we choose to think about; we can choose to worry and think negative thoughts or focus our thinking on Scripture and what God says is true. Our choice will produce radically different outcomes.

From Outreach Magazine  Leaders, Stop Taking Your Brains for Granted

Consider the contrast in thinking between the spies and Joshua and Caleb after checking out the Promised Land. When the twelve spies returned from their reconnaissance mission, ten of them were scared to death and said: “We can’t go up against them! They are stronger than we are! … The land we traveled through and explored will devour anyone who goes to live there. All the people we saw were huge. … Next to them we felt like grasshoppers, and that’s what they thought, too” (Num. 13:31–33). These ten people chose to think negatively about their situation, and it produced feelings of fear and dread. However, Joshua and Caleb chose to think about the same situation very differently. They saw the same things the other ten spies saw, but they chose to look at the situation through a very different lens and think very different thoughts: “Let us go up at once and occupy it, for we are well able to overcome it” (Num. 13:30). Because they chose to think differently, Joshua and Caleb experienced different emotions and made different choices, which produced a very different outcome. Of the twelve spies, only Joshua and Caleb were allowed to enter the Promised Land. I would say that their thinking resulted in a very different quality of life.

So how about you? Are you going to succumb to worry and negative thinking like the ten spies, or are you going to choose to think like Joshua and Caleb? God has given each us a free will to choose how and what we will think. If we choose wisely, we will experience life-giving emotions, including more love, joy, peace, and hope than we ever imagined possible.