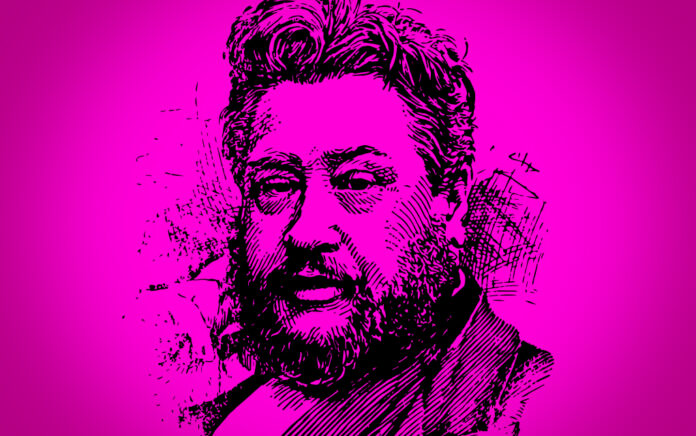 Spurgeon is an example of a pastor who faced all the challenges of pastoral ministry, and yet was firmly committed to pastoring his church based on biblical and theological convictions.

C.H. Spurgeon was one of the most famous preachers of the 19th century. Through his lifetime, he preached thousands of sermons, and 63 volumes of his sermons were published. These sermons continue to have an impact down to our day as Spurgeon continues to be quoted from pulpits around the world. But did you know that Spurgeon’s ministry was more than just preaching? In fact, his preaching existed primarily in the context of his role as the pastor of the Metropolitan Tabernacle in London.

Many have benefited from Spurgeon’s preaching, but my contention is that we also have a lot to learn from Spurgeon as a pastor. Does a 19th century pastor really have anything to say to pastors in the 21st century? Why should pastors care about Spurgeon’s thoughts on the church?

1. Spurgeon pastored amid an active ministry.

His 63 volumes of published sermons make it clear that the heart of Spurgeon’s ministry was preaching, and this kept him busy. From his earliest days at Waterbeach, he would regularly preach eight times a week (three sermons on Sunday and five nights a week). After a few years in London, the demand for his preaching was so great that he found himself preaching as much as twelve or thirteen times a week. But as busy as Spurgeon was, he was more than just a preacher. He gave oversight to at least sixty-six institutions that existed out of the Metropolitan Tabernacle, including two orphanages, the Pastors’ College, numerous Bible classes, Sunday schools, and more. We also can’t forget the incessant deadlines of his weekly sermon publications, monthly magazine, unending correspondence, and many book projects. But as important and fruitful as those ministries were, Spurgeon was more than just a ministry director and administrator. Spurgeon was a pastor. He took responsibility for a church and sought to care for his flock. Busy-ness was no excuse to neglect his pastoral responsibilities.

From Outreach Magazine  Today's Moment of Truth: Is Life an Accident?

So, why should we listen to Spurgeon? For the church leader with thousands of responsibilities, we need Spurgeon to remind us of the importance of our calling as pastors and to encourage us to persevere in faithfulness.

2. Spurgeon pastored amid a revival.

When Spurgeon first arrived in London, the congregation of the New Park Street Chapel had dwindled to a few dozen. Sitting in a cavernous building that seated over a thousand, Spurgeon may have thought he had plenty of room to expand. But in just a few months, the whole city was stirred at the news of the boy-preacher from the fens. The roads and bridges leading to Spurgeon’s chapel were blocked by traffic each Sunday. Before long, the congregation outgrew their space and needed to expand. During construction, Spurgeon rented large venues, like Exeter Hall and the Surrey Gardens Music Hall, to accommodate the growing crowds, but hundreds were still being turned away. And as the building expansion finished, the congregation once again outgrew their space.

The challenge of space vexed Spurgeon. But this wasn’t about drawing the largest crowd possible. Instead, this was Spurgeon’s recognition that he was the pastor of a church, not an itinerant preacher. At one point, he lamented how membership had exceeded the seating at the New Park Street Chapel by 300, which meant that if they were to observe the Lord’s Supper in their building, 300 members would not be able to participate. Not only that but with so many being converted, Spurgeon feared that he could not responsibly bring them into church membership and care for them properly. The only options he could think of was to either build a larger building or quit the pastorate altogether and become a traveling evangelist. But his congregation did not let him quit. They would approve the construction of a new building, seating well over 5,000. Even as church membership grew from 50 to 5,000, Spurgeon’s view of pastoral ministry remained the same.

From Outreach Magazine  Going From a Staff to a Team

Why should we listen to Spurgeon? For pastors of large churches who are tempted to compromise their ecclesiology, Spurgeon offers an example of faithfulness even amid rapid growth.

As the most famous pastor of the English-speaking world, people wanted Spurgeon’s opinions on everything. Living in London during the Victorian era at the height of British imperialism, there were no shortage of societal and theological issues to discuss. From Darwinism to American slavery, from cholera outbreaks to the industrial revolution, from international wars to the temperance movement, from women’s suffrage to state religion, and much, much more, Spurgeon had plenty to distract him from his pastoral ministry. To be clear, Spurgeon commented on many of these issues through his magazine and public correspondence, sometimes at great cost to himself. Still, Spurgeon understood that he was not responsible for pastoring the entire English-speaking world. His responsibility lay with the members of the Metropolitan Tabernacle. Even as Spurgeon engaged prophetically in the world around him, he never lost sight that his responsibility was for the members of his local church.

Why should we listen to Spurgeon? Even as we face controversies in our day, Spurgeon provides a model for faithfully pastoring our congregations through those challenges.

Undoubtedly, Spurgeon was firmly situated in his Victorian context, and we should not try to mechanically transplant his practices into our context. However, what Spurgeon provides for us is an example of a pastor who faced all the challenges of pastoral ministry, and yet was firmly committed to pastoring his church based on biblical and theological convictions. In this, we can all learn from Spurgeon the pastor.

Excerpted with permission from Spurgeon the Pastor by Geoff Chang. Copyright 2022, B&H Publishing.