Home Resources Prepare to Reconnect with Your Community 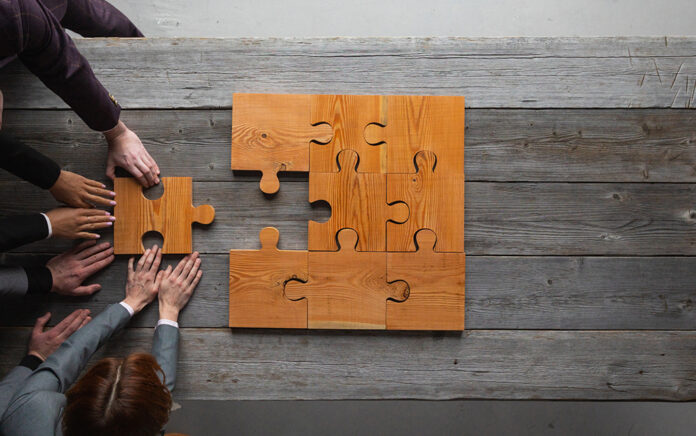 The church must remain committed to winning the lost, and they do that by being Christ in all situations.

With the onset of a new school year, church activities seem to regain momentum. As families begin to reconnect with the local church, they will realize that she is far different than when they last attended. The sights, sounds and smells might be the same, but it is clear something is missing: people.

The church must remain committed to winning the lost, and they do that by being Christ in all situations.

Pray for the Harvest.

As a pastor, I pray daily for those without a spiritual home within my city. As the world’s population reaches 8 billion people, I am cognizant that a little over 2 billion of them identify as Christians. When I see an empty chair in the sanctuary, I see it as an opportunity to share the gospel with someone outside the church’s walls and invite them to attend a service.

Review the population numbers in your local community. Does the attendance in a weekly service represent even 1% of the community as a whole in which you pastor? What about trying to win 1% of the population, one person at a time? We often think we need to win everyone, but that can be a daunting task. The task of winning converts becomes easier when you break down the mental barriers we place on ourselves and begin to see each interaction throughout our day as an opportunity to win the lost, one conversation at a time.

God has not left the church, but many churches are rejecting Christ through their secular lens, spiritual independence and worldly viewpoints. While there are many professing Christians, there are not nearly enough active Christians to fill the empty pews in churches today. So, the church can either lament the loss of attendees, or it can begin to pray for the lost and do something about it by sharing the gospel.

Christ has called the church to live as part of the world. But many choose to be of the world. If the church is going to win the lost, they have to be about cultivating the harvest and not acting like the world around them. The prayer movement in many churches is dead. To think two to three minutes on a Sunday morning is enough for a Christ follower to understand the value of prayer; the church is already lost. Prayer is not a part-time thing that Christians do, but a lifestyle of living in a prayer-able spirit as you go about your day. God values small and large prayers; as you seek to move your concerns into the hands of Christ, he will return them with a peace that will pass all understanding. Prayer sets the pattern of seeking and winning the lost.

From Outreach Magazine  Why You Don't Need to 'Start' Another Church

Move Forward Into the Future.

It has been said that we are called to leave the past behind.’ In reality, it is far easier said than done when the past looks rosier than the present circumstances. The hero-worship of the past stalls and then blocks the forward momentum of the present. To recapture the forward progress to advance the gospel down the spiritual field, church leaders have to celebrate the past but move from it to see where God is at work today. God has a new plan for the church if she is willing to seek his will over ‘my’ own.

The church can move forward with a clear set of values that will govern everything that they do in the church if the people are willing to surrender their own dreams for God’s. The downturn since the pandemic’s beginning has created an optimum time to recapture what is essential and to eliminate the things that have outlived their usefulness. This might be a painful exercise but vital if the church is going to element the programs and power bases, holding the church back from accomplishing the missional objective for today. Once the leadership has moved the church through the elimination stage, they must quickly capture the forward momentum by laying out two to three new plans God has for the church. If a leader delays in this stage, the power vacuum left by the elimination of programs will be filled by people that will take the God-vision back in time instead of moving forward. Fear over progress will take hold.

Plan to move forward with an aggressive timetable that celebrates the past, presents future programs, and processes the goals that have been laid forth to meet where God is already at work.

Move From Talk to Action.

I have been in too many business meetings to see items and plans talked to death, never to see the light of day. In the darkness of past dreams never fulfilled lies the forces of evil that have delayed and then led to death the God dreams for the local church. As the church enters this new season in her life, see it as an opportunity to move from talking to action.

What dreams has God laid on your heart? What partnerships are waiting to be fulfilled? What hopes lay just outside of reach from being accomplished? The church of Jesus is Christ is alive and well because you are alive and well. Throughout scripture, God always used a remnant of believers to complete his work, and I believe today, he wants to do that with your local church. Instead of lamenting the loss of people, see the promise of God in the people you have, and commit to the plans that he has given you. Now more than ever, the established church is needed as a haven from the hostile world outside her doors. But it does not mean the church sits back and surrenders. Instead, God is calling his church to advance outside the church walls to win the lost one conversation, one volunteer hour, and one donation at a time. I am more optimistic about the future as the church moves from talking about the problems of the community, to solving them through action.

God has a perfect plan for your local church and leadership if you are willing to pray, plan, and proceed in connecting with the neighborhood outside your front doors.