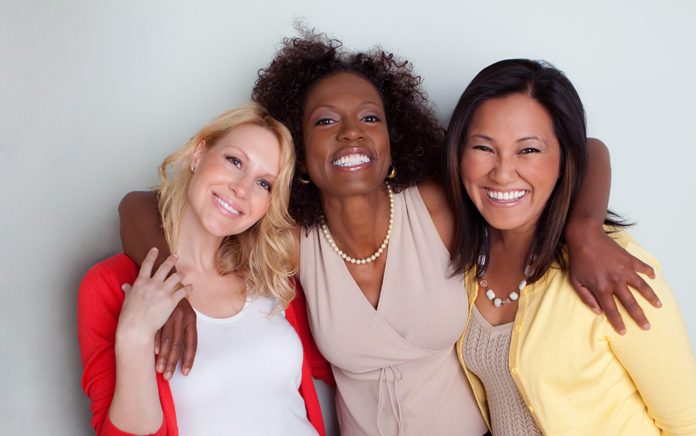 How to foster and support a thriving women’s ministry

I dread baby showers. Don’t get me wrong, I adore my friends and family and would do anything to celebrate them. I love showering the mother-to-be with gifts and compliments. I love sharing meaningful memories, encouragement and fellowship with dear friends.

At any baby shower you can always find a beautiful display of tableware, adorably frosted cupcakes or perfectly arranged fruit. No matter how beautiful, it’s still “finger food.” It’s a sandwich with a single cucumber slice in the middle. It’s a gorgeous cake no one wants to cut because they’re afraid to admit they eat sugar. It’s a broth and lone noodle mascaraing as soup. If I’m eight months pregnant, am I really going to be satisfied with half a muffin and one chocolate drizzled strawberry? I need pizza and hot wings. And an entire plate of brownies. And ice cream. And probably a few tacos, or at the very least, endless chips and queso.

Women’s ministry can often feel like a baby shower. We love the event, we love the time we spend with our friends and the relationships that form, but we leave hungry. We are hungry for more of God, more of his presence, and more of what he has for our lives.

Women can be challenged and trained. Women can be leaders and influencers. Women can minister to the lost and hurting. Women’s ministry can be more than flowers and cucumber sandwiches. Ministry to women has lasting effects on individuals, families, communities and nations. By meeting the needs of the women in our local church, we can transform our communities and nations for God’s glory.

Women’s ministry can be more than “finger food.” Ministry to women doesn’t have to be a one-size-fits-all. We can satisfy the hunger in the souls of our women for more in many different ways. While there are many ways churches and church leaders can support ministry to women, here are four practical, easy to implement ideas for fostering engaging, encouraging ministry to women.

When women are properly trained in theology, Bible study methods, and leadership, their communities of faith are transformed.

First Samuel 2 records Hannah’s prayer of praise to God for providing her with a son. Hannah boasted about the character of God and His actions and love toward her as well as offering a host of praises. Hannah’s praise is intelligent and theologically sound. Her words show she was well versed in these subjects and well acquainted with her God. Later in Israel’s history, Hannah’s words were used in corporate praise to God. Psalm 113 was written from the imagery and language of Hannah’s prayer in 1 Samuel 2. This was the first psalm recited in the celebration of the Seder meal throughout much of the history of Israel. Hannah’s words were used to teach and instruct generations of Israelites about the character and faithfulness of God. She unknowingly taught many about God’s sovereignty, power, and goodness to His people. We find Hannah’s influence again in Luke 1 in the Magnificat. Mary’s song of praise was born from language from both Hannah’s prayer and Psalm 113. Centuries earlier, Hannah offered prophecy about the Messiah, prophecy and praise that would be repeated over centuries and generations of God’s people. Even today, Mary’s song of praise is repeated across church services to celebrate the returning Messiah and His work in the world.

God used Hannah’s understanding of Himself and His work to transform the worship of Israel for centuries. Women in our local churches can have this same type of impact on future generations, but not without proper training. When we invest in training, whether it be seminary educations, courses, conferences, resources, or discipleship, that investment will carry farther than we could ever imagine. It is a true wonder of our mighty God to use the words of a humble, barren women to forever bring praise to His name. Imagine what He could do with us!

Where to start: Host an Introduction to Theology book club for the women in your church body and read through a book on one theological topic.

From Outreach Magazine  A Culture of Invitation: Pathway Church

Both men and women are called to lead in God’s kingdom. While every local church and denomination will land differently on the specifics of this topic, God undoubtedly gave both women and men gifts and abilities of incredible leadership.

Deborah was a judge, prophet, and military leader. Deborah led the Israelites when Barak refused to go to battle against their enemies without her. Deborah was not God’s second choice for the leadership of Israel at that time; she was God’s plan all along. Barak’s refusal to go without Deborah showed an acknowledgement of God’s appointment of Deborah and her God-given authority as judge. Together, they led Israel in victory over their enemies, and together, they led Israel in corporate worship of God.

Second Kings 22 records how the priests under King Josiah sought wisdom from Huldah, a prophetess, when the book of the law was found. The priests sought Huldah to interpret the law, showing how she was respected and esteemed in Israel. Her prophetic message brought about great change in Israel, initiating the reforms of Josiah and bringing the people back to God. Together, Huldah and Josiah led the people in renewing the covenant, turning the hearts of the people to God.

Effective ministry to women includes giving women opportunities to lead. Allowing women to be leaders and included in important decisions gives them a voice. Unity in the body of Christ can seldom be achieved when all members of the body do not feel heard and seen. When women know their voice is heard, valued, and supported in their local church body they are more likely to engage in and serve their community of faith.

Where to start: Seek input from trusted women in your church body on your next crucial decision.

Throughout the Bible, God used women to minister to His people in many of the same ways He used men. God uses the ministry of men and women together as partners ministering to His people.

In the first recorded assembly and corporate worship of Israel, the people were led in praise by both a man and a woman: Moses led the Israelites in a song and then Miriam took a tambourine and led them in another. Moses and Miriam’s leadership of the people in their first assembly showed God’s design for the partnership of men and women in the ministry of God’s people. While, ultimately, God had chosen Moses to be the leader of Israel, God allowed Miriam (as well as Aaron) to play an important role.

Another example of women and men ministering to God’s people together is found in Acts 18. Priscilla and Aquila were close companions of Paul, traveling with him and sharing his profession of tent-making. Priscilla and Aquila accompanied Paul to Ephesus and then remained there, presumably to build and lead the church in Paul’s absence. When Apollos arrived and began teaching falsely, Priscilla and Aquila together taught him the Scriptures and explained the way of God to him. Together, this husband and wife team supported missionaries, trained pastors and teachers, and led the church.

From Outreach Magazine  God Is Doing Something New

We’ve all heard sermons, read books, or attended conferences on biblical womanhood or biblical manhood. While these can be valuable, our priority should be Christlikeness. Our culture has a profound impact on our views of what we consider biblical manhood or womanhood, whether we recognize it or not. Our church programming, even down to the scheduling, can send messages to our body of what we perceive is the highest value in life. If it is not explicitly shouting “BE LIKE CHRIST!” then it’s saying something else.

Lydia was a successful businesswoman, dealing in purple cloth, a luxury item in the first century. She oversaw an entire household of servants and her prominent business gave her standing in her community and city. When Paul and his companions encountered Lydia, she was praying with a group of women, likely other God-fearing Jewish women. God opened Lydia’s heart to respond to Paul’s message, and she believed. Lydia, in turn, shared Christ with her household, all of whom also believed. God used this woman of standing to proclaim His name. Lydia was the first convert in Europe, paving the way for many others to come. Lydia became a force for the gospel in Philippi. She was hospitable and provided for the church. Many scholars believe the church at Philippi met in her home for a time. Lydia put herself in danger in order to advance the gospel, even allowing Paul and Silas to stay with her after they were released from prison. Lydia was likely single or widowed. Her marital status did not hold her back from advancing the gospel, nor did it deter the church from meeting in her home.

Often, in our western, evangelical culture, biblical womanhood looks like being a wife and mother. The highest priority for women is placed on finding a godly husband and raising children. While placing value on these things is good, it can often alienate single, divorced, widowed, or childless women in our church body.

As we focus on ministry to women, we must remember all this includes. The women in our church body includes the single woman in her 40’s, the newlywed in her 20’s, the single mother in her 30’s, the empty-nester in her 50’s, and the recently widowed in her 70’s. As we prioritize Christlikeness we break down barriers that could otherwise separate and segregate us as the body of Christ. Together we can build one another up as we seek Christ together.

Where to start: Provide a variety of programs for women that are scheduled to accommodate those with traditional nine-to-five work schedules, those with flexible schedules, and those with constantly varying schedules.

Ministry to women is not simply a church program. It is an essential ministry in all corners of the world. When women are given proper theological, Bible study, and leadership training, they are equipped with tools to transform their families, communities, and nations. When women are able to lead, they are given a voice, allowing our churches to better understand the needs of God’s people and better minister to our communities. When women and men engage in ministry with one another, God’s people are unified and empowered to share the gospel effectively. When we prioritize Christlikeness, we open doors for the gospel to reach places it has never reached before. When we focus on ministry to women, we can transform our families, our local churches, our communities, our nations, and the world.