Home Interviews Luis Palau on the Power of Simple Outreach 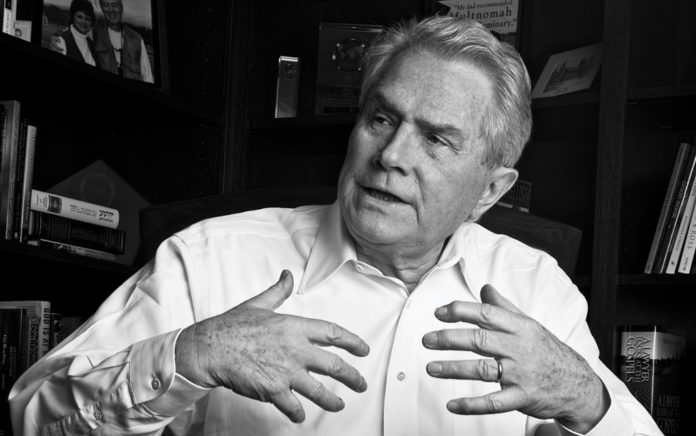 Through more than five decades of ministry, Palau has presented Christ to millions around the world. What advice does he have for us about outreach?

Q: How has your experience as an Argentine-born international evangelist affected your perspective on the American church and its outreach?

A: My wife, who is American, tells me I see the American church through rose-colored glasses. But I have seen in America the best. I’ve met godly pastors and amazing businessmen who really make money for the kingdom of God. The Lord has answered prayers for me through American Christians. I wouldn’t be in this ministry if it wasn’t for the Americans.

Of course, I know there are weaknesses. I’m an elder in my church, and we had our meeting until 12:30 last night, so I know about weaknesses in the church.

You know, Americans don’t tend to insult one another; they ignore one another. Which is the better of two evils? If you’re going to be independent-minded, at least don’t cuss the other guy out. In other countries, people literally attack each other. But I often remember Jesus prayer, just hours before his death, “Father, may they be one that the world will know that you sent me.”

Over the years, one of the most gratifying things we’ve heard again and again is this: “If you left nothing else behind when you came to our town, you brought us together.” That gives me great joy, because we are concerned about the unity of the Church.

Another concern is evangelism. If you compare America with other nations, I would have to say, evangelistically, the church in America has let down. Not totally, but let down. In many other countries, evangelism is up-front. In Africa, Latin America, Asia–just about everywhere except in Europe, Canada and the U.S. And in other countries, evangelism is primary, but social action follows closely. More than we realize. Even very poor churches often help even poorer people. It’s amazing.

Despite the weaknesses though, I do see more holiness in the American church than in many countries. As you travel internationally, you see dishonorable financial practices, bribery (which is very hard to deal with), the habit of not speaking the truth–and the whole truth. I think the church in America is less prone to these weaknesses. That does not mean, however, that we don’t need an awakening of holiness. There is definitely a need in America, as well as everywhere else, for much more holiness.

Q: You’ve been an early pioneer in multiethnic outreach. How can the church do a better job reflecting the diversity of the community around us?

First, don’t be afraid. I’m convinced that true believers will embrace people of another culture, another color of skin. But there is a natural apprehension that simply comes from our unfamiliarity. We have different habits, different ways of expressing our joy, different ways of worshipping in the Spirit. And worship is a good example–an illustration of our difference.

To some, our worship appears too flighty; to others, too solemn. Too quiet or too noisy. Some dance in the aisles; others are on their knees and don’t say a word. These are just outward trappings. Jesus said we worship in spirit and in truth.

So whether it’s worship or other cultural differences, we should not judge by outward things–it’s a childish thing to do. When you really know people, you’re going to search for their spirit, not outward cultural trappings.

In the local church—in public meetings particularly—we should pray for churches in the greater community that are from other denominations, cultures, races and languages. Pray for them. And I encourage leaders from different cultures and races to each make the first step to befriend one another. Generally the other person is as hungry for friendship as you are. I wish I would have found this out earlier–and I started pretty young!

Sometimes I think we are afraid that we will offend each other by some unintentional idiotic statement—some cultural mistake. But don’t worry about mistakes. We all know that we make mistakes, and the other person makes them too. So be proactive.

From Outreach Magazine  Bev Upton Williams: The Future of Missions Is Indigenous
Share on FacebookShare on Twitter