Connect with outdoorsmen in your community through this special event.

Hydesville Community Church in Hydesville, Calif., hosts an annual wild game dinner at which exotic meat like African lion, Burmese python and wild boar are served to a capacity crowd of more than 400 people.

The dinner costs $50, and Christians must buy two tickets and give one to an unchurched friend. Hundreds of prizes are given away, including guns, fishing gear, archery supplies, and guided hunting and fishing tours. Grand prizes include expensive rifles and ATVs. The stage is covered with trophy mounts, and a guest speaker shares the Gospel. Each table has private servers from the church.

The dinner is followed later in the year with a shooting and fishing retreat.

“We wanted a way of reaching men,” Associate Pastor Jeff Beltz says. “After our first year, we knew we had found it.”

James Houlton was a self-described “anti-Christian” with a sailor’s mouth and a mean streak. But as a hunter and timber faller, he couldn’t resist a co-worker’s invitation to the wild game dinner.

Soon after, Houlton attended church and committed his life to Christ. Today he joins other timber workers for times of prayer and devotion each day before work.

The event has grown in popularity and media attention since its inception in 2004, and the church has developed resources to help other churches duplicate the success. 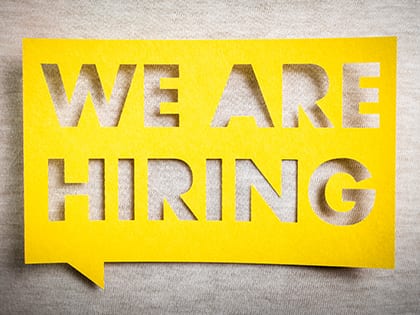 How to Host a Job Fair