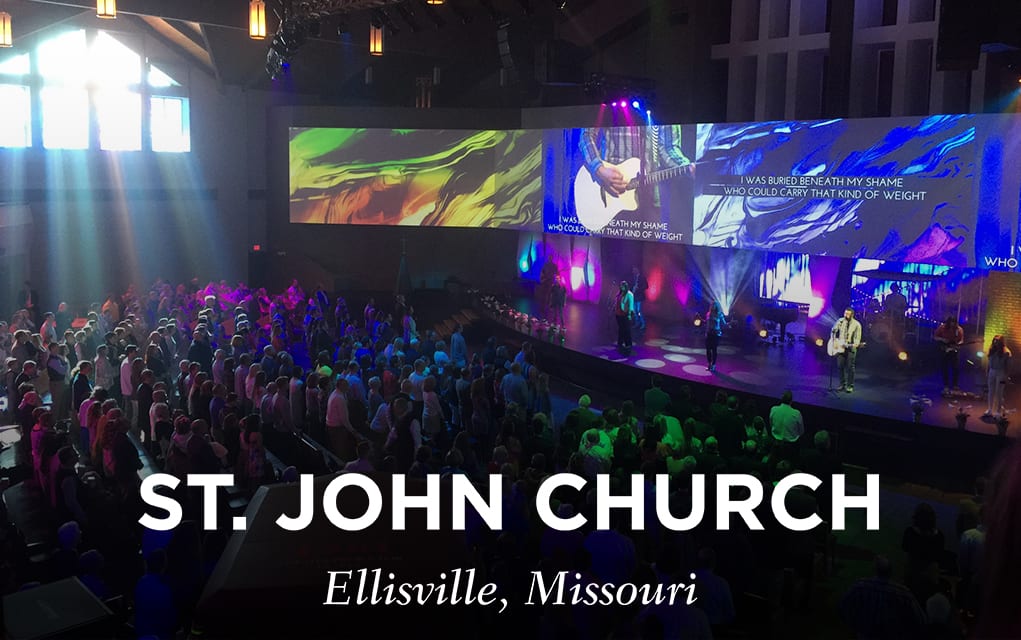 Historic Church’s Growth on the Upswing After Redefining Itself

“We’re just fighting it out in the trenches and seeing God do great things.”

Originally planted by the Lutheran Missouri Synod as a rural church, St. John is located in Ellisville, just 25 miles from St. Louis’ famous Gateway Arch. As St. Louis grew, Ellisville became a suburb in the middle of the last century. The church grew steadily, and in the 1990s saw a large jump.

“We did what a lot of churches were doing—created a big menu of just about everything you’d could want from a church experience,” says Garrett. Within a decade, the economy fell and so did church attendance, but many of the programs lived on. The result was “a big church that had a really muddy, unclear identity in our community.”

Garrett came on staff in 2009 as an associate and became part of the leadership team that wanted to stop the decline and define who the church was. The team made the hard decision to “start consolidating services and ministries and really get focused on being one kind of church.” To take the church forward they needed to become smaller in structure.

“We were not going to be a church who does 50 things,” Garret says. “We’re going to be really unified in how we approach people’s relationship with God.”

A couple of years into that transition Steve Howard, who was then senior pastor, decided Garrett was exactly God’s man to lead St. John forward and stepped aside. The 41-year-old Garrett brought messages reflecting the heart of St. John’s new mission—bringing together imperfect people in pursuit of a whole life.

Garrett says that the plan is simple: Connect with people who are seeking this kind of life change. “The first thing we do is introduce them to Jesus, because there is no way to find wholeness, now and forever, other than that.”

He recalls one specific, catalytic service during which they put this life change on display in a big way. The series was called “Inspired: Celebrating Stories of Life Change.”

“It was just a series of stories that had happened in our church in the last year. Some were video stories, some were interviews,” Garrett explains. He followed the stories with his shortest message ever—just seven minutes—and encouraged people that God could change their lives just like the people in the stories they had just heard.

The testimonies were diverse and the results were phenomenal. Some of the congregation was encouraged to hear of God at work in their church. Others wanted more and surrendered their lives to God’s plan. Celebrating life change has become an annual event.

Amanda Eaton experienced a life change surrounding that first series. A college professor and mother of three, Easton described herself as a “hard atheist” until she started seeing God move in her life. Then a friend invited her to St John and quickly the message began to take root. Within months she and her children were baptized.

“St. John has transformed our family and anchors us in faith through community, friendships, unconditional acceptance and relevant messages that help guide us closer to Jesus and to each other,” she says.

In addition to an identity change for the historic house of worship, technology seems to be a part of their future plans. St. John has an effective live stream that is really connecting with people.

“We want to find out how to bring the fuller expression of church community, doing life together, serving, bring in in a practice of communion to people who are doing church on their computer,” Garrett says. The church has a few pilot groups that meet in houses and watch the stream.