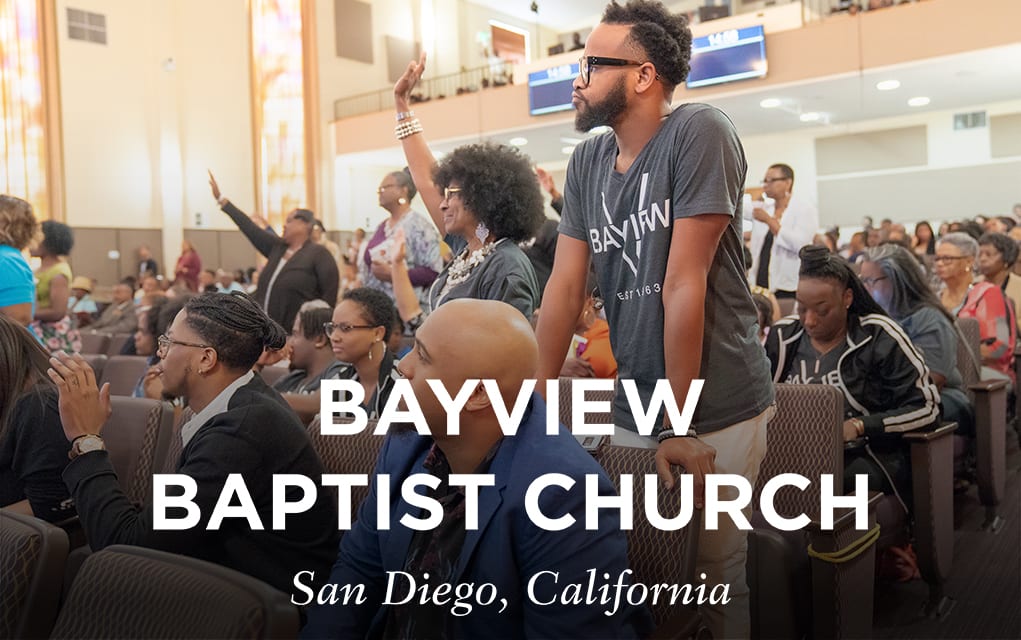 Diversity Is the Mark of This Thriving San Diego Church.

In 2013 when Terry Brooks took over as senior pastor of Bayview Baptist in southeastern San Diego, California, the traditional African-American Baptist church was all about preaching, teaching and singing. Not that there was anything wrong with those things except that Brooks envisioned more of an outward focus.

“I really believe that when you put other people on your mind, God will keep you on his mind,” says Brooks, noting his desire to start reaching out to the community more. For example, the church spent over $200,000 to build a grocery store that functions in the church as a free food pantry. They also transformed a room into a clothing boutique so that when they did outreaches, people would receive both service and dignity.

“We’re not putting our funds and resources into making sure we’re more comfortable as a church, but rather making sure that the quality of life for the people around us improves because a church exists in their community,” says Brooks. Once Bayview started changing the way it was leading, people from outside the church walls expressed an interest in being a part of it.

“For millennials, in particular, anointing doesn’t mean as much as action does,” says Brooks. “How well you can preach, teach and sing is not what matters to them because they can stream anybody’s church at anytime. They want to be a part of a church that’s doing something.”

To draw people to Bayview Baptist, Brooks and other church members didn’t just tell others, “Hey, here’s where we’re located. You should come check us out.” Instead they asked people what kind of church they would like to attend.

“Then we started to become that church,” explains Brooks.

On any given Sunday the pews are filled with doctors, lawyers and politicians as well as those struggling to earn a GED. Hispanics, Filipinos and African-Americans file up to communion. Single mothers worship beside couples who have been married for 60 years.

“Bayview is like a bag of spiritual Skittles. You get everybody,” says Brooks. “Nobody is made to feel greater or lesser, because we are family.”

Though Brooks would like to see each pew filled every Sunday, he knows that even if someone never steps foot inside the church, chances are that Bayview has made a difference in their lives.

“If we spoke to their children, if we provided them with clothing or food, if we made them feel like family, we showed them God’s love,” says Brooks. “I want our legacy to be that we made a difference. Will we save everybody? I’m sure we won’t, but hopefully people’s lives are better and they know it’s because God loves them and they felt that love through us.”

DeWayne Wood, the church’s pastor of worship, is a Grammy-nominated singer and songwriter with the talent and experience to perform anywhere, but instead he stays put at Bayview Baptist.

“I believe I was sent here for a reason—not just for what I do in ministry and music but because I needed [God’s] teaching, his leadership, his guidance,” says Wood. “It prepared me for what I do in this industry. Having that foundation, that covering is such a blessing.”

And the blessings keep on flowing.