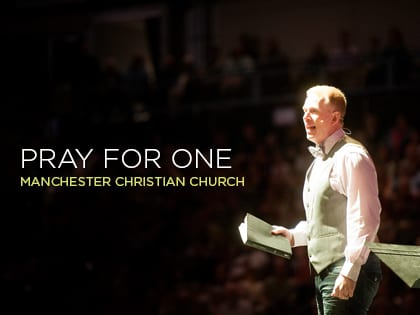 In a discussion with friends struggling in their marriage, Chris Riley just went ahead and asked: Could he pray for their situation?

His request stood beyond what he learned in his Christian faith growing up, and seemed daring in light of his surrounding culture, too.

But the New Hampshire man had signed on to “Pray for One,” a belief that emboldened him. “It just changed what I was willing to do,” Riley says.

He himself made a gutsy move, standing in front of Manchester Christian Church as the new pastor, saying that if congregants “Pray for One,” the church would quickly double.

Chancey was younger than the preceding pastor, and already, the church of about 1,200 was of substantial size for New England.

But Chancey sensed that God wanted him to say it, and he knew “Pray for One’s” blossoming effect from his previous church work in Texas.

And he was right. In two years, they doubled. “We ran out of space rapidly,” Chancey says.

“Pray for One,” which Chancey wrote about in his book of the same title, asks God daily for one person to whom the speaker can show God’s love. Practically, that might mean opening a door for someone and smiling at them. Or it may mean bypassing New England norms and, when someone reveals a struggle, instead of saying, “that’s tough,” doing as Riley did. Say, “Let me pray for you.”

From Outreach Magazine  So You're Hosting an Outreach Event? Read This First

The prayer aligns members with God’s will, and unifies the church, according to Chancey. Members are praying for—and therefore actively focused on—the greatest commandments and the Great Commission: Love God; love people.

“There’s no confusion on what we’re doing,” Chancey says. “Pray for One” removes distraction and puts the gospel in everyone’s hands, he explains.

A Manchester Christian Church small group took it to the streets, feeding breakfast to the area’s homeless on weekends. The result: More than 200 volunteers serve 300 hot breakfasts, and the church baptized more than 100 people.

One man received breakfast—and Christ—and quickly stepped into the “Pray for One” movement himself. The second week he returned to serve the food as his way of showing God’s love, and then the third week, he responded to “Pray for One” by bringing a friend to church.

As far as hearing the gospel and being a participant in the gospel, “there’s no gap,” Chancey says.

Young Christians—he dislikes the degrading term “baby Christians”—mature quickly while “Praying for One,” and they can sidestep suffocating legalistic rules. Asking God to give them someone to impact means real power, according to Chancey. “That is life changing,” he says.

Even children in Manchester Christian Church pray for opportunities. Chancey spots “Pray for One” drawings on the whiteboards, in children’s handwriting, in Sunday school classes.

But “Pray for One” is not a silver bullet, Chancey says.

Other staples must be in place, such as good preaching, and, as he learned the hard way in Texas, available seats.

Problems arose when his earlier church doubled in attendance, but not capacity, while meeting in an elementary school. Invitations to church happen naturally as part of “Pray for One.” But attendees stop praying that prayer if the church runs out of space for the people they invite.

Manchester, now with three campuses, made room—but not only through facilities.

Members also carve out space for others in prayer and in their day to day.
Riley mentions a shift in focus. Instead of “God, help me with this,” it’s “God, give me someone.”

“You don’t know if it’s that checkout person at Target, or the CEO at the bank,” Riley says. “You’re always looking.” 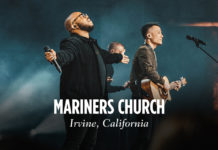