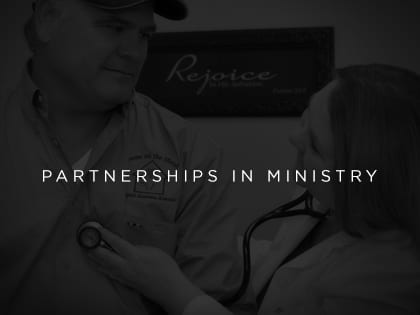 The Church: Oakwood Baptist Church in New Braunfels, Texas
The Challenge: Find a creative way to meet neighboring community needs.
One Big Idea: Establish a nonprofit entity to address the most pressing needs of the community.

In Matthew 5, Jesus likens his followers to “a city on a hill.” For Oakwood Baptist Church, this is more than metaphorically true. Sitting at a high elevation on the north end of New Braunfels, Texas, Oakwood is literally a city on a hill. On one hand, the location is strategically brilliant, both easily accessible from a major road and highly visible. But there was a problem.

Near the center of New Braunfels was a lower-income, more racially diverse area of the city that was harder for Oakwood to effectively reach. Rather than persuading people to come up the hill, Oakwood went to them.

Over the past decade, Oakwood has established a connected but separate nonprofit entity called New Braunfels Christian Ministries (NBCM). Located in the middle of Oakwood’s target area, NBCM features an after-school mentoring program for at-risk kids, a free medical clinic and a food pantry. Additionally, their location has made it possible to co-partner with more than 20 other local churches that wanted to participate in NBCM’s mission.

“Oakwood is not that accessible to parts of our city,” NBCM Director Brett Mosher says. “For some churches it could be on the campus, but we love that NBCM is in the neighborhood. It’s with the people we serve.”

But for Mosher and Oakwood, it wasn’t just enough to be in the neighborhood. They wanted their presence to add value.

“Even though our ministry doesn’t have a ton of money, it’s in a place where some of the homes and businesses aren’t in the best shape,” Mosher says. So we were neurotic about every detail, down to the landscaping. We want every part of this place to tell this community, ‘We value you.’ When you assign value to a part of a neighborhood, it’s contagious.”