Home Features The Pitfalls of Copying a Megachurch 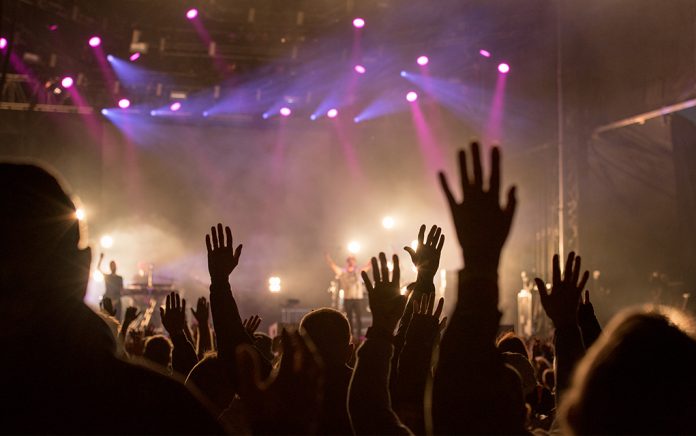 To copy an idea, you have to understand why it’s a good one.

If someone asked you who you’re following in today’s church landscape, you could probably answer with a list of 3 to 5 church leaders and perhaps 3 to 5 organizations to whom you’re paying close attention.

Even if you say you don’t have a list, chances are you do.

We all follow someone. Especially in our hyperconnected era.

After all, no one learns in isolation. Very few of us ever come up with an idea no one has ever thought of before.

In fact, the church at which I serve is a megachurch strategic partner. We have borrowed a ton of insight, strategy and branding directly from North Point and a few others.

And it works. Even in Canada.

So why this article?

Because there’s a world of difference between adopting best practices and blindly copying.

So why wouldn’t you blindly copy a megachurch?

Here are five reasons I’ve both experienced personally and observed widely among other church leaders, and five ways to better adopt the practices you see and admire.

For context, I have adopted a ton of learning from megachurches and many sources over the years, both through transitioning a church (leading three tiny mainline churches into one growing church that grew to 800) and through church planting (founding a church plant that now reaches 1,100 each weekend).

But here are the traps you’ll fall into if you blindly copy your favorite leader or organization:

Even back in the dial-up days, some of us used to watch other churches.

I cut my teeth in the late ’90s as a budding church leader watching Saddleback and Willow Creek.

Then I went to a conference in 1999 where I met James Emery White. He asked me about the changes I was making to our three little churches, and I explained that we were taking best practices from Willow and Saddleback and a bunch of other churches and combining them.

I’ll never forget what he told me.

He said “You don’t understand church models. Those are incompatible with each other. They aren’t the same thing. Carey, you need to become a student of models.”

So I became a student of models.

While churches like North Point, LifeChurch, Elevation and NewSpring look the same on the outside, they approach ministry differently in many areas: groups, kids ministry, how they structure staff, how they reach out in the community and even the programs they offer.

When you study church models, pay attention to the differences.

Otherwise, you might be adopting what you think made them effective, but didn’t. You might end up implementing a fake version of whatever you thought was the original, like buying a Pollo shirt rather than a Polo shirt.

You can’t effectively adopt what you don’t understand.

When you mix models, as described above, you can easily end up with a hybrid model that just doesn’t work.

Each effective church you’re studying (be it well known or not) is the product of years of development, prayer, trial and error and fine-tuning until it finally all worked together powerfully.

If you strip a part off one model, borrow another from a second church, randomly select something you like from a third and then try to combine them into something effective at your church, you’re headed for almost certain failure.

Why? Because there’s a good chance the components you borrowed don’t work well together.

Think of it this way: You can’t easily fix your Android phone with iPhone parts, or your iPhone with Android parts. They’re both phones, but they’re not the same.

If you put most Ford truck parts into a Tesla, it won’t run. They’re both vehicles, but they’re not the same.

In the same way, all the churches you study are churches, but they’re not the same.

You want a compatible system.

It’s easier than ever to attend conferences, read books, skim blogs, follow leaders and borrow a bucketful of ideas.

The challenge, though, is two-fold.

First, the idea you’re borrowing from the leaders in question was a hard-won idea. They developed it, revised it, changed it again and reworked it until it finally became an idea worth sharing. It was a part of them before they shared it with anyone. They owned it.

Second—and obviously—you haven’t owned that idea at the same level. And until you do, it might not prove nearly as effective for you as it has for them.

All of that leads us to this: Leaders who don’t own their ideas are rarely as effective as leaders who do.

Can you own an idea that you didn’t come up with?

Of course you can.

But usually, first, you need to …

Rethink it back to first principles.

Often we steal ideas because we think they’ll work, but we don’t know why they work.

And if that happens, when people ask us questions about an idea, we usually can’t answer them well, if at all.

“It worked somewhere else” is not a convincing line of reasoning.

If you can’t answer a deep line of questioning around an idea, you don’t own it.

4. You Won’t Change Your System.

When you’re borrowing ideas from other leaders and organizations, the change you ultimately need to make is deep and structural.

Borrowing a promising idea can be like putting new siding on a house whose foundation is crumbling. It looks great, but you really haven’t solved anything.

As Andy Stanley explains in his classic systems talk, your system—more than anything else—drives your outcome.

From Outreach Magazine  Why Do We Avoid Planting Churches?

Often the change you need to make is deep, systemic and permanent.

As I explain in Lasting Impact, a bad governance system or other structural barriers will restrict the growth of your church.

A pastor who insists on doing most of the pastor care personally will permanently stunt the growth of your church (I explain why here).

If you’re not willing to reinvent everything in your church, you’ll never be satisfied with the change.

I’m a little hesitant to mention context because about 99% of the time I hear leaders misuse it.

How? Most church leaders use context as an excuse, not as an explanation.

If you want to be completely ineffective as a church leader, please use your context as an excuse.

I could say more about using context as an excuse (I’m super passionate about the subject), but I’ve written more fully on it here.

Here’s the bottom line: You can make excuses or you can make progress, but you can’t make both.

That said, there are two contexts leaders routinely miss: theirs and yours.

And not all plants thrive everywhere. Palm trees tend to do less well in Alaska than in Florida.

Study the source context for the idea:

Is the context a business context?

Is the church in the bible belt or a heavily unchurched area?

Is the church rural or urban?

What’s the ethnic makeup of the organization?

Is it a church plant or an established church?

What makes the leader I’m studying different from me?

Take notes and simply compare and contrast their situation to your situation. This will help you understand the why and the what of the idea or best practice.

Then make any adaptations you need to so the practice or idea thrives in your context.

But don’t use the differences as an excuse why something won’t work. Use it to gain understanding about how to make it work.

Poor leaders list a million reasons why something won’t work. Great leaders find the one reason it will.

BORROW ALL THE BEST PRACTICES AND IDEAS YOU CAN

So what’s the bottom line?

Borrow (even steal) all the best practices and ideas you possibly can, especially from successful organizations and churches.

• you understand the models you’re studying.

• all the components of your strategy work together seamlessly.

• you’re making the deep system changes you need to.

• you understand context as a way of ensuring your new idea thrives.

That’s my best advice in this area.