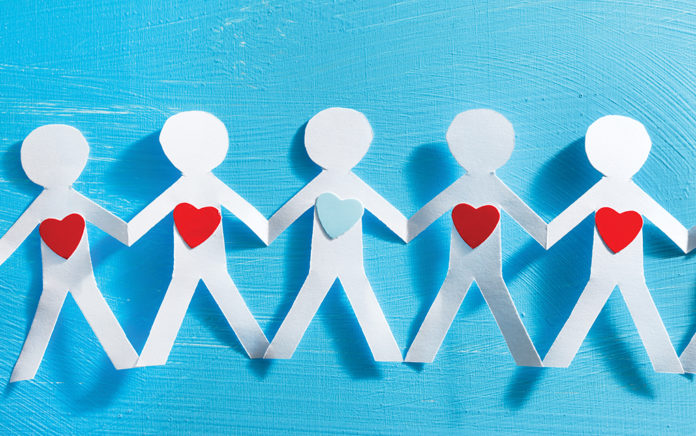 Demonstrating the gospel through unity is more important than ever.

Throughout the nearly 20 years of my involvement in both building and championing healthy multiethnic churches, I have encountered a number of people who suggest such pursuits are anything but of God. Rather, erroneous assumptions led them to conclude that multicultural churches are only an accommodation to political correctness and changing demographics. In fact, a recent post by a theologically conservative blogger declared that leaders who “push to politics of race and multiethnic outreach [are not] seeking gospel outcomes.”

From where I sit, I can assure you that nothing could be further from the truth.

From the very beginning of the multiethnic church movement, the rise of which I believe began with the publication of Divided By Faith by Michael O. Emerson and Christian Smith, local church pastors and planters alike have sought to advance a credible message of God’s love for all people by building healthy multiethnic churches.

Those of us in the movement are not promoting the dream because of changing demographics, such as the fact that today 1 in 2 young people in the U.S. are under the age of 18 and are nonwhite—as are 43% of millennials—or because the late Rodney King once encouraged, “Can we all get along?” Rather, we are pursuing the vision of establishing local churches on earth that reflect the diversity of the kingdom of God in heaven because it is biblical (Rev. 7:9), it is expected (John 17:20–23; Eph. 3:2–6), and it is the hope we have of reaching our biblical neighbors (those very different than ourselves, Luke 10:25–37) with the good news of eternal life through faith in Jesus Christ.

From Outreach Magazine  Kyle Idleman: The 3 Levels of Christian Forgiveness

In the 20th century, words alone were enough to evangelize the lost. In that era, we brought our friends to hear the late Billy Graham clearly explain the gospel, and they put their faith in Christ. We shared the Four Spiritual Laws with strangers on a plane or at a beach, and they received him as their Savior. We passed out copies of More Than a Carpenter or Evidence That Demands a Verdict, both by Josh McDowell, and saw people who were far from God embrace Jesus as Savior and Lord.

Today, however, a mere explanation is not enough, especially in words that proclaim God’s love for all people from otherwise systemically segregated pulpits and pews. Apart from the demonstration of diverse people actually walking, working and worshiping God together as one beyond the distinctions of this world that so often and otherwise divide, the gospel is undermined.

Sure, individuals are still being saved on a smaller scale through explanation. But if we want to reach the masses of millennials and their children, the Nones and Dones, and others like them in an age of wide-spread cynicism directed at evangelical Christians and churches, we need to do more today than explain the gospel—we need to demonstrate the power of the gospel. In the 21st century, demonstration with explanation should be our primary evangelistic strategy.

So why does misinformed pushback against the multiethnic church movement persist in some corners of U.S. Christianity? If every nation, tribe, people and tongue will one day comprise the eternal bride and body of Christ, why is it so hard for some to imagine it in local churches on earth?

• Perhaps we are limited by practical concerns, such as not understanding what can be done to make it so.
• Perhaps personal or spiritual issues need to be addressed—for example, an unwillingness to not merely look out for their own people’s interests but also for the interests of others (Phil. 2:4).
• Perhaps theological considerations remain misunderstood (i.e., justice is not peripheral but intrinsic to the gospel as well as to the heart and character of God who, himself, is just).

In the same way we would refuse to accept the idea that a believer cannot continue to mature in the faith, we must refuse to accept that our collective congregations are fixed in homogeneity. To get beyond explanation to demonstration, we cannot afford any longer to accept from ourselves the statement, “We’re a _______ church. That’s who we are; it’s just the way it is.”

As with individual believers, local congregations should pursue maturity, embrace a process of corporate sanctification, and strive to become healthy multiethnic churches to advance “gospel outcomes,” in spite of the mistaken assumptions of others.