Home Features Global Transforming Bolivia One Conversation at a Time 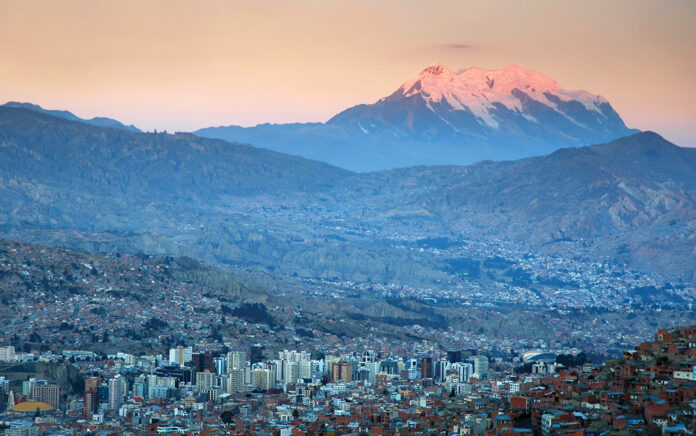 We Need More Christians Who Know How to Apply the Word of God, Especially in a Society Filled with Religious Syncretism

My translator and I reached the remaining seats in the front row just as the worship team was starting the second of four Sunday services at Ekklesia. I assumed that the young adults moving around between the stage and us now would go and find seats. Instead, they turned toward the stage and joined the worship, pausing only to welcome even more of their friends to the growing crowd.

When the full hour of praising God ended, these young people reached under the stage’s overhang, pulled out folding chairs and remained front and center for everything still to come.

Reaching Each New Generation
The prominence and passion of this group, resourced by during-the-week training in discipleship, symbolizes how Ekklesia, based in downtown La Paz, Bolivia, has become the nation’s church with the largest attendance. The congregation was started by young people who were dramatically converted in the 1970s during a citywide revival marked by a season of healings and supernatural signs. Among those new believers were Alberto “Toto” Salcedo, who would become general pastor, and Silvia Camacho, who would later become his wife.

“After this revival marked by the power of the Holy Spirit, we then learned that the instructions of what we had experienced were in the Bible,” Salcedo explains. That meant vigorous training and discipleship would need to complement the church’s vibrant public gatherings. “We’ve had to learn to study the Bible,” Camacho says.

Leaders at Ekklesia have been careful over the years to keep exposing new generations both to the fire of the Holy Spirit and to a solid grounding in God’s Word.

“Religion kills,” Camacho says. “We must let the Holy Spirit do his work or the church will die. Worship must not be boring or rote.”

After the service that I attended, I interviewed several of the young adults. Significantly, those I spoke with were all in a weekly small group of 15 to 20 people. Their meetings consist of Bible study framed by brief worship and prayer, especially for anyone that group members are reaching out to.

“My cell group is where the Word is taught and the Holy Spirit works in our lives,” said one small-group member.

“It helps me have a passion for life in Christ. It encourages me to use every cultural opportunity to talk about Jesus,” said a second member while a third added, “I go because I want to be part of something that is happening.”

But that’s not the only way these young members grow. They had each taken one or more levels of training through the church-sponsored lay “seminary”—a program open to every adult in the congregation.

The first level of classes—expected of everyone who joins a small group—is a four-month class that overviews how to grow spiritually, how to share their faith, principles of leadership and basics of Christian doctrine. For those who sense a call to a leadership role or who simply want their lives to be more strongly rooted in Scripture, several more levels are available. More than 60 different classes cover such topics as evangelism, biblical counseling, theological formation and teaching the Bible. The material is so substantial that many area pastors take courses, each of which is offered at a very modest fee.

Last year more than 2,600 people, including some from other churches, took one or more classes. For this year, the hope is that the total will reach even higher.

From Outreach Magazine  Where Have All the Evangelism Conferences Gone?

Big Dreams and Beyond
During the 30-minute sermon the morning I was there, Salcedo reminded the congregation of the ways Ekklesia is trying to spread the gospel. He believes that the church—including its second campus and the many churches it has started—can make 50,000 disciples.

While the service was transmitted over 17 different satellites to almost all 11 million citizens of Bolivia as well as to other countries, Salcedo made it clear that evangelism and discipleship are everyone’s responsibility.

“Our mission is not to ask God for a car or a house, but to bring people to church,” he said. “If you did not invite someone to church this week, something is wrong. God has given you the skills to fill Bolivia with the love of Christ and invite your friends to hear the gospel.”

If that was not clear enough, he ended his talk with a similar challenge: “You are a walking Bible (1 Cor. 16:14). Lord, use us to transform all of Bolivia.”

He preached his message under a banner that spanned the stage and had “Jesus” in giant letters so that no one will forget what Ekklesia is all about. With such boldness, a great awareness and dependence on the Holy Spirit, and a substantial emphasis on the formation of believers in what the Bible says, it will not be surprising if the church’s influence for Jesus continues to grow.

“Everyone has to be equipped to tell others about Jesus,” says Camacho. “That’s our passion.”