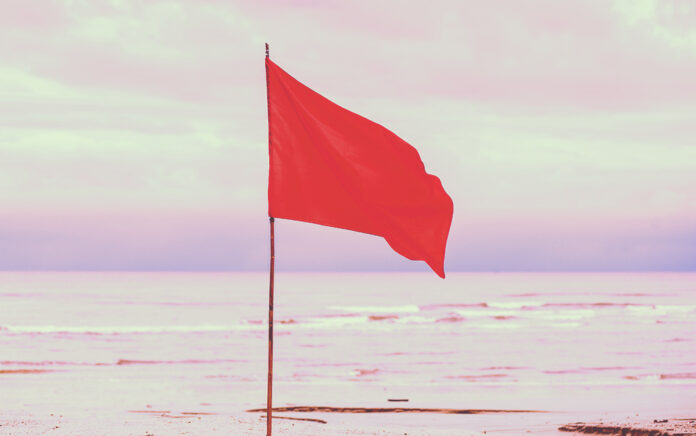 How do you spot warning signs after you’ve hired someone?

One of the most frequent questions I get from fellow pastors has to do with hiring (and firing) staff.

They ask: “How do you know who to hire? When do you know it’s time to let someone go? How do you evaluate current staff in terms of future roles and responsibilities … or even if there is a future?”

In my book What They Didn’t Teach You in Seminary, I outlined the five “Cs” for hiring: calling, character, competence, catalyst and chemistry. I stand by all five as the basis for all hiring decisions.

I also talk about the importance of picking up the phone and calling the current employer of a potential hire, no matter how awkward that might be. Want a wake-up call? I’ve only been called once by anyone who ever hired a Meck staff person whether they were currently on staff or had been in the past.

With very few exceptions (very few), the person hired without the phone call was either on a performance-improvement plan, on the verge of being fired, had been justifiably passed over for promotion and increased responsibility, or … well, you get the point.

I also was confessional in the book about my biggest mistakes, such as hiring too many times out of expediency and not moving quickly enough to address staff “infections.” If any of these topics are of interest and you haven’t read the book, it might be worth a look.

But how do you spot warning signs after you’ve hired someone? Let’s say there seems to be a sense of calling in their life, there is character, there is (at first) chemistry, there is seeming competence, and they give every sign of being a catalytic go-getter. Are there other signs to be mindful of as you evaluate them for the future?

There are at least six red flags to watch out for as you evaluate them as staff in terms of whether you can build around them for the future.

Most staff breakdowns are not doctrinal, but rather over a philosophy of ministry—or, more specifically, the practice of that philosophy. For example, let’s say your church is focused on the unchurched in terms of outreach. Someone can agree with that mission with great conviction, but when they come face to face with what that means, things change. They’ve never really encountered it in practice before, and when they do, it’s alien to them. Even abrasive. They start pushing back in ways that betray a philosophical divide.

This is a huge area to explore. Meck gets countless applications for employment, but it’s very clear upon the most cursory examination that the vast majority are looking to find a job, not answering a call to a life of ministry. Ministry is a means to an end. What is harder to spot are those who are called to ministry, but who are not called to your church. They like a lot of things about it, but if they weren’t employed it’s doubtful yours would be the church they would naturally attend. And that’s key: Would they attend your church if they weren’t employed? If not, then it may be time for them to move on. This is one of the reasons we tend to hire from existing attenders. We already know it’s really their church.

I don’t know if you’ve heard that phrase before, but it speaks to those who never feel they are at fault for anything that goes wrong or isn’t going well. The problem is never with them or anything they have done; it’s always something “outside” the room. This can reflect pride, a lack of teachability or just a defensive spirit. Whatever the cause, it’s a dealbreaker.

This is a real blind spot for many who are in leadership. You may get along great with a staff person you supervise, but the peers of that staff person tell a different story. They find them difficult to work with. In such situations, you may have someone who has perfected the art of kissing up, but not getting along. This will be corrosive over time.

Let me say that a “lone ranger” is not the same as an introvert—introverts are fine. So, what’s the difference? “Lone rangers” do their job adequately, get their reports in on time, show up when asked, but they are aloof from the team. Separate from the community. They are in a silo and don’t interact with other ministries. They have their ministry, but it’s not macro in nature. It’s their little turf.

This is the most important single staff dynamic to vet for. Nothing is more important in a church than staff unity, and a single staff person can wreak havoc to what was, before, a happy tribe. If you want a cautionary tale on this, read the chapter “Zero Tolerance” in What They Didn’t Teach You in Seminary.

None of these are always easy to spot. They can take time to surface. Even someone who is the source of dissent and dissatisfaction can take a while to pinpoint, or at least to gain the evidence to confront.

But make no mistake.

If you oversee the hiring and firing of staff, the creation and development of teams, you need to get down not only the “Cs”, but these six more subtle “evaluation” areas.

I’ve learned them the hard way.

James Emery White, What They Didn’t Teach You in Seminary, order from Amazon.