Home Features What Churches Need to Start (and Stop) Measuring 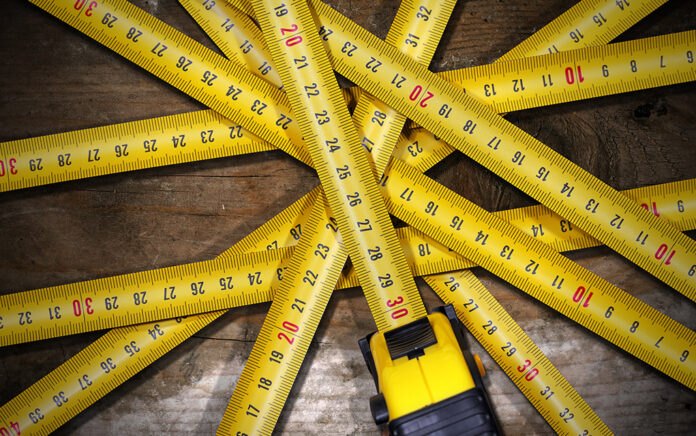 The metrics that will shape the post-pandemic church

With hybrid church (physical + digital ministry) as the new standard, how do you measure what happened at church last week?

Measurements matter only insofar as they help you assess the extent to which you’re accomplishing your mission.

If the goal is to turn online views into real relationships and actual discipleship, do you have any idea what to look for to know if that’s actually happening?

But, if you figure out fresh benchmarking, you can both measure progress more accurately and start to convert some of that online traffic into real relationships and real discipleship.

As you now know thanks to the last year of life online, sometimes the algorithm can spike your numbers, like three-second views on services like Facebook or Instagram will. But spiking your church’s numbers by hijacking the algorithm or using vanity metrics is like living on energy drinks. The boost lasts for a few hours and then you crash.

You can’t build your future off three-second views.

So what might you track? There are a million things you could measure, and your dashboard for tracking will (hopefully) be more detailed than what I outline below.

However, every church needs benchmarks.

So here are four benchmark statistics to track (along with the other things you’re measuring).

It’s easy to get lost in the number of YouTube views, website traffic and social followers and in person attendance numbers. All of that matters, but not nearly as much as genuine connection.

Connection is what happens when someone watching online doesn’t just like what you do or follow you, but when they give you their information (usually an email address or phone number) to start a conversation.

It’s really the right you’ve earned to do what Seth Godin calls permission marketing—the ability to talk to people with their consent. You’re not spamming them. You’re not broadcasting hoping they hear.

No, instead, you’ve earned the right to a conversation. You’ve connected, and they want to hear from you.

No, the real metric is how many people raised their hand, gave you their email address or phone number, and essentially said “Talk to me. I want to know more.”

Churches have been doing this for years with welcome cards.

Throw digital into the mix and it becomes even more complex—and essential.

One of the best ways to earn permission to email or text online attenders (or in-person attenders) is to offer something of value in exchange for their contact information: an e-book (that’s actually good), a guide, a published book or Bible that you’ll ship to them, a short online video series, or a PDF that helps them solve a problem they’re facing.

I outline a detailed strategy on how to connect with people and develop lead magnets that work here.

The goal of digital outreach, after all, is connection, not consumption.

2. The Number of People Who Take a First Step

This is where it really gets good, and where it also gets hard.

You’ve made the first step of connecting with people via email or text, which is awesome.

But the real next step is when the people you connect with decide to take a step.

Obviously, this is a challenge for church leaders.

Attracting people is one thing. Connecting with them and helping them become followers of Jesus is quite another.

It appears the first step is to create a discipleship pathway that works, and then getting people to take that meaningful first step on it.

Whether that’s to take a virtual membership class or join something like Starting Point or Alpha or some first step designed for new people, that’s what you want to encourage people to do.

The point is simple: Define what first step(s) you want an online attender to take, and then start measuring how many people take it.

Bonus tip: Don’t neglect email. You’ve earned a new person’s permission to speak to them. So speak to them. Email is still a very powerful and effective way to help people take real-life steps.

Another key metric to benchmark is average view duration. This is different than one-minute or 10-minute views, because it tells you how long, on average, people watched or listened to your service or video (even beyond the 10-minute mark).

Tracking average duration can help you determine so much.

For example, there’s a lot of debate about length of service. How long is too long? How short is too short?

Here’s an example from my leadership podcast. I aired a 50-minute episode and a two and a half hour episode in the same month.

You would think people listened to more of the 50-minute episode than the marathon episode.

Nope. There was a 2% difference in average duration.

The 50-minute episode was listened to for 66% of its entirety. The two and a half hour episode? 64%. Insight: Episode length does not determine listening duration on that show. Fascinating.

I don’t really know what that means, but it filters out debates like, “More people would watch if the sermon was shorter/longer.”

4. The Engagement With Online Viewers and Subscribers (Social, Channels and Email)

The real goal is to help online viewers become online engagers. And the best form of engagement is to get them to take a step as I outlined above.

While it’s easy to imagine that someone who is watching for the first time online responds to the message by wanting to get baptized, that’s not the usual path. When it happens, celebrate it. But don’t hold your breath.

It usually starts more subtly than that.

Some viewers will start participating in the chat, and that’s great. You should have a robust, healthy chat.

But even more helpful is when someone starts following your church on social (or its leaders) and subscribing to your channel.

One metric you’ll want to track is the average growth on your social media and channels monthly or weekly.

Before you leave this though, also encourage people to subscribe to your email list. I know that sounds boring, but please underline and bold this next line: Your email list is not controlled by an algorithm. Almost everything else is.

As a result, it’s a fantastic way to connect with people.

Via email, you have a direct connection with people. And it gives you a vital way to really build a personal relationship that could lead to a phone call, scheduling a coffee or an invite into a virtual or in-person meeting.

Start tracking social media growth, channel subscriptions and email list growth. Most providers give you ready made stats that are easy to import in a spreadsheet.

A little harder to track is the number of comments, likes, DMs etc. Again, depending on the channel, some platforms will give you that kind of metric. Regardless, you and your team should keep your finger on the pulse of how engaged your audience is, commenting, starting conversations, messaging you and replying to each other.

If you sense the volume and tone of conversation going down or becoming trivial or angry, it’s time to rethink your strategy.

Of all the things to stop measuring, or to measure differently, here are two to consider.

1. Any Attendance Figure Involving a Multiplier

My take on this subject: when it comes to online attendance or views, don’t use a multiplier.

Many churches use a multiplier to account for the fact that people watch together off a single device. And yes, that actually happens. I’ve seen leaders who use 1.4x, 1.7x and 2x. I’ve even heard a leader justify 4x because people have big families.

But you have no way of knowing what number is accurate (unless you make them register, which can repel new people), and as already stated, the online numbers are probably inflated to begin with.

Please hear me: I get it. I’ve been in leadership long enough to know the ego boost that happens from big numbers and I am not immune to the pressure, but to quit my day job to become an Instagram “influencer” based on my video track record would be a really stupid move. Don’t let the numbers go to your head or the lack of numbers go to your heart (thanks Tim Keller for that insight).

You would never inflate financial giving by a multiplier to account for what people “intended” to give or “hope to give.” Why would online attendance be different? Similarly, no podcast I know (including me) uses a multiplier just in case someone is listening in the car with a friend or family or in the kitchen with others present.

Taking a conservative benchmark in attendance gives you a chance to build on something real into the future.

So, pick a conservative view count and don’t add a multiplier. I know your senior pastor will hate it. Blame me.

Not all views are created equal. And as every pastor knows, these days the major social media companies count even three-second views as “views.”

Take a look at some sample Facebook analytics on this video I posted to my Facebook page.

Question: how many people watched the video?

You could argue that all three answers are correct. And this is exactly the challenge.

Publicly, Facebook (like almost any other social media platform) displays the video count as 15K. But is that fair?

If you drop the three-second views, the video watch count drops from 15K to 4K. Still not bad, but a bit of a blow to the ego.

If you consider only 450 people watched for a full minute and the average watch time was seven seconds, well, that’s just depressing.

So what about three-second views? Do they count? Facebook counted it. Can’t we count it?

Let me throw something out there.

Counting three-second views as “attenders” is a little like counting people who drive by your building as attenders. Probably not a wise strategy because it’s hard to build the future of your church on it.

Not trying to be a killjoy. Just trying to help us all actually reach people, which is kind of the goal.

So back to the original question: How many people watched the video?

My answer, as amazing as the 15K figure makes me feel, is that 450 is the best metric.

This kind of analysis gets rid of the scrollers who stumbled on you for a second and left. Those who watched a minute or longer did it on purpose.

They meant to watch you, and perhaps that really does count for something.

Honest, uninflated metrics motivate you to figure out what really does connect with the people you’re trying to serve.