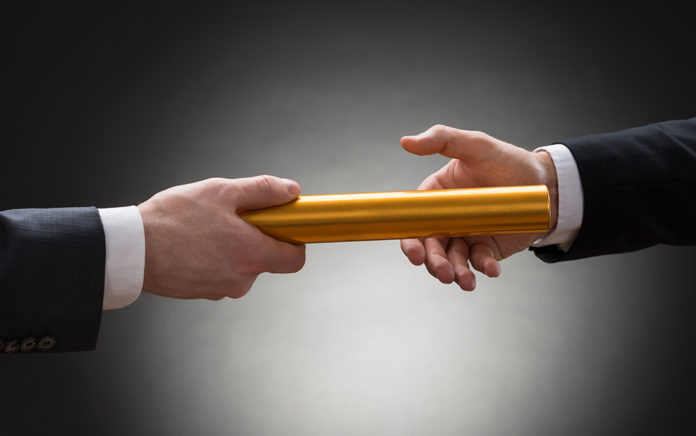 Why is it that pastoral succession conjures thoughts of everything but success? We’ve seen it done wrong far too many times. History abounds with coup d’états and violent revolutions when one leader succeeds another. Sociology tells us that the succeeding generation is often antagonistic toward the preceding generation. And our own experience with ministry provides us with too many examples of pastors hanging on to leadership far too long, contentious factions between competing leaders, or congregations splitting over the fault line of one pastor edging out another.

I was recently—and still am—part of a successful pastoral succession process. I was the one receiving the mantle of leadership as I moved from associate pastor to senior pastor of my congregation. While I would love to claim the success of this succession for myself, I must admit that my predecessor is the one who made it a success. The pastor whom I succeeded ensured my success by employing several important practices and principles. These practices and principles are vital for any leader or congregation contemplating pastoral succession.

One of my favorite biblical expressions comes from Galatians 4:4 when Paul writes, “But when the fullness of time had come …” God sent forth Jesus in the fullness of time or at exactly the right moment in human history. Another way of describing this is kairos or a “kariotic moment.” It is the exact right time for a particular situation or event. It is when all things come together in a beautiful arrangement so that things fall into place according to God’s timing.

The preceding senior pastor in my congregation chose the exact right moment to begin the succession process. My predecessor stepped out of leadership before the ministry had crested the hill and before it was time for him to move along.

A key aspect of successful pastor succession has to do with making the change during a time of acceleration rather than deceleration. Leaders make a crucial mistake when they wait too long to pass the torch to the next leader; after the congregation starts to show signs of deceleration and declining energy, then the leader contemplates moving aside for the next leader to reenergize and revitalize. This is exactly the wrong way to do it. Counterintuitive as it is, pastoral succession should happen during a time when things are going well rather than when things are going poorly. Make the leadership switch while there is plenty of energy and enthusiasm within the congregation, not when the community is discontent and dwindling.

From Outreach Magazine  7 Ways to Identify an Insecure Leader

Caution is often the default mode for new leaders. Whether slowly earning the trust of the congregation or maintaining past successes, newly appointed lead pastors may be wary of making big changes. Yet, my predecessor has encouraged me to do otherwise. He has mentored me to think different and break from previous ways so that my leading is not simply a continuation of his leading. While the ministry thrived under his leadership, he has counseled me to think different and lead the congregation in new ways now that this succession has occurred.

For example, I recently had to make some big decisions about the worship time at one of our campuses. I vacillated over what to do and was leaning toward a “keep things the same” decision. To my surprise, my predecessor encouraged me to break with his ways and try something different saying, “I took us only as far as I could take us; you get to take us farther.”

Why have this bias for change? If the goal was to keep things exactly the same, then a change in leadership would now have been needed. Leadership transitions occur so that a new leader can bring new perspectives and ideas. Even if a ministry is thriving, new leaders must think and lead in ways that are different from the previous leaders.

This attitude toward staying the course may sound like a direct contradiction with the encouragement to think different. While there is a tension between these two insights, they can be held together. My predecessor has been very transparent with me about his certainties and uncertainties in ministry. When it comes to an area of uncertainty or ambivalence—for example, when to set worship times—he encouraged me to make big changes. When it comes to an area of certainty—for example, daily Bible reading as a transformative spiritual discipline —he cautioned me against making changes. It has been very helpful for me to have these steady beacons that will not change while I experiment with thinking differently in other places of ministry.

Scripture makes this point very clear: “For by the grace given to me I say to everyone among you not to think of himself more highly than he ought to think, but to think with sober judgment, each according to the measure of faith that God has assigned” (Rom. 12:3). Additionally, John the Baptist spoke beautiful words about this when he said, “He must increase, but I must decrease” (John 3:30).

5. Deal With the Details

Revising organizational charts, updating letterhead, and adjusting position descriptions are the obvious tasks that need to be done in a pastoral succession process. Successfully tending to many lower-level details, however, is as important as the more obvious ones. Successful pastoral succession is about managing the major shifts and minding the minor details.

For example, the preceding senior pastor had a practice of sending a handwritten note each Christmas and Easter to anyone in the congregation who had lost a loved one to death the year. He would keep a list of people who had lost a spouse, child, parent, or sibling each year. As Christmas or Easter approached, he would send a note of encouragement to these individuals. This was a very personal pastoral touch that meant a lot to people. During the transition process, the preceding pastor explained this practice to me and even gave me his running list of people receiving cards that year. Although this was a lower-level detail, it was a very important detail for me to have as I assumed the new role of senior pastor.

In these, and many other ways, I have benefited from my predecessor. These insights can and should be used by other pastors and congregations contemplating pastoral succession.

And, in reality, every pastor and congregation should be contemplating pastoral succession. No pastor will remain in that role forever. No congregation will always have the same leader. We are always ever in the process of pastoral succession, making way for the leaders coming after us. Although I have only just started in my new role as senior pastor, I am already considering how I can help provide a pastoral succession that is a success.

Read more from A. Trevor Sutton »