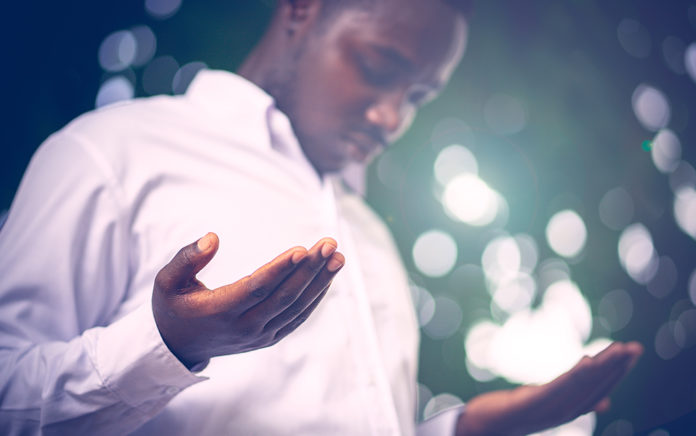 Doesn’t every leader right about now?

Most of what’s come at you in the last year has been discouraging—criticism from every side, events that are completely out of your control, operating in anything but ideal conditions. It’s a long list if you think about it.

So, this short article is designed to do one thing: Encourage you.

I love the word encouragement.

As a young leader, I never knew what to do with encouragement. Discount it? Shrug it off? Live for it?

I think I did all of the above.

But, the longer I’ve led, the more I realize how valuable encouragement is.

Think about the etymology.

To encourage someone literally means to give courage to them. Encouragement derives from an old French word that means “to make strong” or “hearten.”

So, in the hopes of encouraging you and your team, here are some rather invisible things you’re doing really well right now as you’re leading.

Some of the most important moments of leadership have come for me when, discouraged, someone pulls up alongside me, puts their hand on my shoulder, looks me in the eye and says, “Hang in there.”

When I’ve hung in there, I’ve never regretted it.

So, leader, you’re hanging in there. You’ve made it this far. You haven’t quit.

I’m not saying you can never quit. But here’s a good rule: Never quit on a bad day.

If you’re going to quit, quit on a good day.

Then, at least you have a level head, have thought about it, prayed about it and hopefully talked to some really wise friends.

You haven’t quit. And, that thing you’re developing, as a result, has a name. It’s called resilience.

Remember predictability in leadership? You could look ahead six months and have a relatively clear idea what was going to happen.

From Outreach Magazine  Tips for Marketing Your Church Online

That, of course, is completely gone.

You’ve had to lead through crisis and are still facing tremendous uncertainty ahead—uncertainty that’s likely to remain for a while longer, even after the pandemic ends.

In the midst of it, perhaps without even noticing it, you’re developing an agility you’ve never known before.

In uncertainty, agility is ability and flexibility is a superpower.

Hint: Agility is an incredible skill to keep honing in leadership. Agile leaders have done better than inflexible leaders for years. In a highly disrupted world, they’ll do even better.

Every leader I’ve talked to tells me how hard it’s been navigating the division, tribalization and polarization that’s happening among the people you lead.

Numerous pastors have told me they’ve had to break up public arguments among staff, board members and even prayer team members.

This too, I hope, will pass.

One of the tasks of leadership is to bring diverse groups together around a common mission and purpose.

The gospel unites what politics and prejudice often divide.

I’m guessing all the division is driving you deeper and deeper into the true mission of the church. That’s never a bad thing.

You’re leading toward that. Way to go.

Hope is what people need right now, and hope is so hard to find.

I know sometimes you look out on a Sunday and see 30% of the people who used to be in the room. Or, you can’t even get in a room with people, so you just look into the lens of a camera.

Every person who watches that video or stops on your post needs it.

Every person you see in those distanced chairs hungers for it.

From Outreach Magazine  Pastorpedia: The Hazards of Being a Pastor

And every person you’re trying to reach has no idea what they’re missing.

You probably don’t even realize it, but your faith is growing.

That’s what crisis does. It forces you to stop relying on yourself and start trusting God at a much deeper level.

But, it’s like deciding you’re going to train for a 5k. At first, it’s painful, you end up walking 2k of your “run” and you’re so sore you need to stretch five times later that day.

The next day hardly feels easier, and now you’re running sore and through shin splints, but it’s done.

Fast-forward to six months later, and you’ve just set a personal best and the endorphins kick in halfway through. Yeah, you’re tired when you’re done. But you’re so much further ahead than you were six months earlier.

Your faith is growing.

Your trust is deepening.

And, your reliance on God is probably more profound than you realize.

Every leader ends up in ruts … at least I do.

And right now, you’re learning new skills at a rate you may not have learned them in years.

Take online ministry for example. You probably feel out of your depth. You may be disappointed by the results.

But you’re doing a new thing.

That’s actually rewiring your brain and making you stronger. Cognitive and social engagement have even been shown to protect against cognitive decline as you age.

Whether you continue to do everything you’re doing now or not, you’re growing, stretching and learning.

That has long-term benefits no matter what’s ahead.