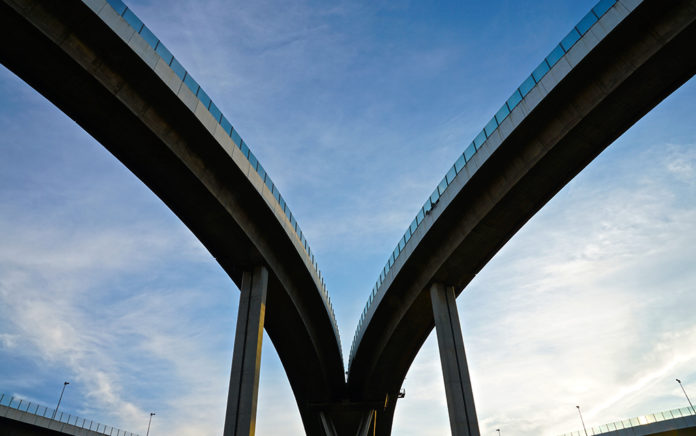 What you need in order to ease the pain of transition.

Successful church mergers do not happen without effective leadership.

Our latest research reveals that church mergers are occurring in every corner of North America. However, every indicator tells us that the COVID-19 crisis will result in a surge of mergers. The financial hit, plus the strategy shift required to reach people in our new reality, will likely cause thousands of churches to consider joining forces to survive—and to continue their God-given mission.

Every merger involves a lead church and a joining church. The merging of churches is a delicate dance where one leads and the other follows. The lead church represents the dominant or primary culture that will continue through the merger. The joining church is the congregation that will be lifted or otherwise shaped to become more like the lead church.

WHAT KIND OF LEADER DOES A CHURCH MERGER NEED?

What specific qualities enable a senior pastor to successfully navigate a church merger?

The oft-quoted phrase, “Everything rises or falls on leadership” is certainly appropriate for church mergers. Successful church mergers do not happen without effective leadership. Even though no two church mergers are alike, we find certain common qualities in the type of leader required to skillfully lead churches down the merger pathway.

ALL GREAT LEADERS DO THREE THINGS:

• They define reality: Where are we now?
• They cast a vision for the future: This is where we want to go.
• They chart the course: This is the way to the future; follow me.

Those who successfully lead churches through a merger tend to be winsome individuals who are kingdom-minded, mission-driven, strategic-thinking, get-it-done individuals. They are able to rise above their specific circumstances and help others see the bigger picture of possibility. They are strong leaders but not overbearing. They know how to motivate people and build teams. They are bold but gracious. They exude confidence without being arrogant. They are able to keep a calm head in the midst of chaos. They are tough-skinned enough to endure the criticisms, but tenderhearted enough to love the people regardless. They not only lead the people but genuinely love them through the process.

The late Lyle Shaller, a top-selling United Methodist author and guru of church consulting in his lifetime described the kind of a leader a church merger needs as a “transformational leader.” Writing about church mergers he observed:

“The critical component is a minister who is an effective transformational leader and possesses the skills, including people skills, necessary to create a new worshiping community with a new congregational culture, a strong future orientation, a new set of operational goals, a new sense of unity, and a new approach to winning a new generation of members. … The most successful mergers are not a product of a manual on how to unite two or three congregations, but rather are the creation of a transformational leader.”

In many of our discussions with church leaders about mergers, especially joining church leaders, we’ve heard a recurring emphasis on the importance of humility.

Churches that are stuck or in decline need humility to acknowledge they are struggling. It takes humility to admit that my church is not doing well and needs a new start. Likewise, lead church pastors need to also have humility about their role in shepherding new people toward a new vision rather than coming in as though they have every answer to every problem.

Mergers are built on trust and faith. Trust is earned by demonstrating genuine love and concern for the joining congregation, not just for the gain of facilities, assets or increased attendance. Faith is extended by the joining church when it believes the lead church is trustworthy.

Mergers are best approached as two teams humbly uniting around the same vision. Successful mergers are not primarily about “us” but about extending God’s kingdom.

Humility goes a long way as the posture for leadership.

As we overheard one pastor say as he led his congregation and a joining church through a merger, “The largest room in the world is the room for improvement.”

Transformational Leaders Care About Other Churches.

How approachable are you to the other church leaders in your community? Do you return phone calls and email messages from local pastors regardless of the size of their church? Do you interact with ministerial networks in your area and with other connection points for potential partnership in your community?

What kind of church leader does a merger need? An approachable one who cares about the local churches in their community. One that genuinely cares about the body of Christ inside and outside their own congregation.

For Woodside Bible Church in greater Detroit, which has done five mergers to date, the exploration stage always started with a conversation over coffee:

“Our senior pastor until his retirement in 2019, Doug Schmidt, had a burden to encourage and consult with other local churches to help them be as effective as possible. As a result, his phone rang about once a week with an area pastor calling and asking for help in some way,” says Beth McKenna, the church’s campus development director for many years. “His heart was to help other pastors however he could. A lot of pastors have called on him over his 20 years with us, and a few of those have led to mergers. Merging is not so much a strategy for us but a way we’re continually helping other congregations.”

All church mergers involve pain and sacrifice from both congregations. For the lead church the sacrifice and pain mostly revolve around time and money. This includes paying off debt or managing facility improvements or sale of the joining church, and spending time in countless meetings, in relocating people, in updating equipment, and in hiring new staff. It’s lots of work but it usually includes a sense of exciting anticipation.

From Outreach Magazine  8 Signs You Are a Gospel-Centered Leader

The pain and sacrifice for the joining church is more emotional. The joining church is giving up core aspects of its identity—its name, facility, staff and control. Even when the joining church fully embraces the merger, there is still sadness and a sense of loss. It feels like a death to them because it is the end of the church as they know it—where they have poured their blood, sweat and tears. This is the church where they were baptized, got married, dedicated their children, donated their tithes and offerings, and buried their loved ones. Though their story continues by merging with another church, this chapter of their story is coming to an end, and they’re afraid that many memories will be forever lost. Some people will get through it quickly; others will take some time. Most will land in a good place, give the merger a try, and a few will move on.

Lead church pastors understand and are prepared for the joining church family to respond to a merger announcement with a whole range of emotions, from joy and excitement to uncertainty and grief. They show respect to joining churches by acknowledging the grieving process and allowing its expression.

Transformational leaders are compassionate leaders. They don’t underestimate the pain in transition. They embrace it, affirm it and help the grieving through the process.