Home Features Why You Should Do It Now, Not Later 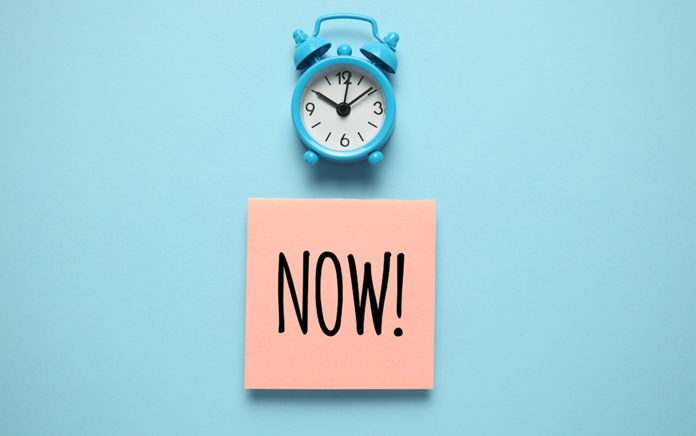 Don’t put off until later what you can accomplish quickly now.

In my 20s, I worked with a guy who was so meticulous about his to-do list, he would spend the first hour of every day working on it. Then, multiple times over the course of the day he would redesign it. It was a work of art. He had everything listed in different categories featuring important priorities—it was an incredible thing to behold. But the problem was, he spent so much time on his to-do list, he had little time left to actually accomplish anything.

If you’ve followed my writing for very long then you know I’m fascinated by productivity. It’s a big reason I created Unique: The Ultimate Planner for Creative Professionals. I tried all the apps and different print notebooks on the market, and out of sheer frustration, decided to create my own.

I love the print planner, and actually use it alongside the digital app “Things.” I use “Things” as my dumping ground or idea vault. I list everything thing that pops into my mind there, and then prioritize each day with my Unique planner.

However, one thing I’ve learned through the entire journey is that no matter what your productivity technique, in many cases, the best time to do something is now.

Here’s something that will change everything you know about getting things done: Whenever a request, task or project comes my way, I’m happy to schedule and prioritize it. But before I do that, I ask myself What about doing it now? After all, why not? The more I put it off, the more I start forgetting the details, the less excited I become and before long, procrastination sets in.

Obviously you can’t do everything at that moment, but if you start defaulting your thinking to now, instead of scheduling it for later, it’s amazing how much you can get out of the way—and quickly.

Call it a habit, creating new neural pathways, or whatever—but when we get into the rut of always scheduling our tasks for later, that behavior becomes our default thinking. When you start asking Why not do it now? you start creating a habit of using that moment to do it and be done with it.

From Outreach Magazine  How to Be a Better Decision Maker

Try it this week. See how much more you’ll accomplish.