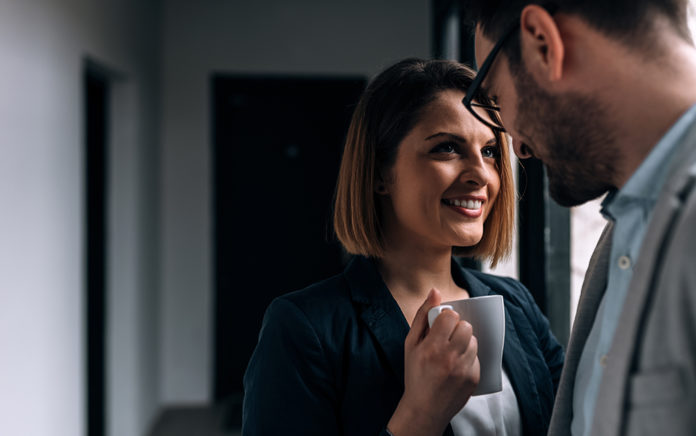 When an “affair” is really abuse.

Imagine that Danny (fictional name) is one of the pastors on staff at a large church. He is personable, kind, hardworking, and has invested his life into others. People enjoy being around him and respect him, both in the church and in the broader local community. Over time Danny develops a relationship with a woman in the church. At first, their conversations are casual and friendly. He shows interest in her and she looks up to him as her pastor. When she needs counseling for a life decision, she goes to Danny because she trusts him. He is insightful and she believes she can confide in him and receive solid and wise counsel. During the initial counseling sessions Danny compliments her for her perspective. He then begins to compliment for her personality and finally for her appearance. Compliments turn to flirting, and you know where this is going. Danny “has an affair” with the woman in his church.

I am writing as a pastor who has had many conversations with other ministry leaders over the last several years on the devastating reality of sexual abuse in the church. While all agree with the horror of the abuse of minors, there is some disagreement about the nature of what has taken place when two adults are involved. Some have been somewhat surprised by my belief that “It is not an affair. It is abuse.” To them the statement feels so strong, too strong. Or so final, too final. Because of the surprise to that statement, I am writing to help some leaders understand why many in our culture and many leaders in our churches are insisting, “it is not just an affair.”

1. Psychologists and Counselors Have Concluded It Is Abuse and Not “An Affair.”

Counselors and psychologists who work with those who have been sexually abused view the sexual encounter between someone in spiritual authority and someone under the care of that person as abuse and not an affair. This is true regardless of the person’s age or marital status. This is true even if the perpetrator insists there was consent. It is abuse because a person in a position of authority utilized their power to manipulate someone else into a place where the sexual interaction could happen. The person who was abused felt powerless to stop the advances and voiceless to speak against the person in power. The abused often live for years, even decades, with anguish over what happened. They feel taken advantage of and violated both spiritually and sexually by a person we should be able to trust the most—a pastor.

2. The Law (in Some States) Recognizes the Relationship as Abuse and Not “An Affair.”

While laws vary from state to state, there are codes and statutes in some states that indicate the sexual relationship between a clergy and someone in the clergy’s care is a violation of the law. Abuse is about power, and there is power in the role of pastor. When that power is not used to serve but to flirt, pursue and groom a relationship that becomes sexual, that is sexual abuse.

3. The Public’s View on This Issue Has Shifted (and Rightly So).

Without citing specific political scandals, it is clear that scandals that would have been previously called affairs are now being seen as sexual abuse. When a leader is in a position of authority, a position that is revered and respected, and that leader has a sexual relationship with someone within the organization, the public does not view this as “just an affair.” Some may ask, “Why does the public’s view even matter in this conversation?” It matters because ministry leadership is predicated on credibility. Being blameless and above reproach is a necessary qualification for the role of overseer and elder in Scripture (1 Tim. 3; Titus 1). And someone who is a sexual abuser cannot be blameless and above reproach.

From Outreach Magazine  How Would Martin Luther King Jr.’s Message Be Received Today?

4. Our Churches Are Filled With People Who Have Been Abused.

We must remember that sitting in our congregations every single week are women and men who have been sexually abused—some as minors and some as adults. To minimize abuse is to minimize them. And being quick to frame a relationship between a pastor and someone in his care as an affair can be harmful to those who have suffered and are still suffering through abuse.

You have likely heard challenges warning you about the path toward “an affair” and warnings that you could lose your family and your ministry if you go down that path. I have been wisely warned to wage war against my impure thoughts, to guard my heart and to walk in humility and wisdom. But because of our positions, because of my position, we are often not talking about “an affair.” More than perhaps we have realized, we are being warned about becoming the type of people who in our sinfulness would use our positions to lure others to ourselves in order to sexually take advantage of them. Which is the opposite of Christ, who emptied himself of his heavenly position to serve others. By God’s grace, we shepherds must reflect our Shepherd and not our Enemy who prowls around like a roaring lion seeking someone to devour.