Home Features How the Web Is Dulling Your Leadership 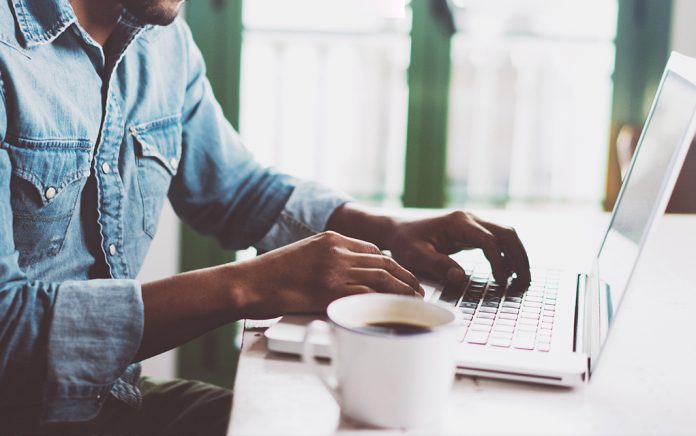 Why too much of what you want is a bad thing.

A lot has changed in the last decade. In fact, things have changed so quickly it’s hard to remember how it used to be.

For example, any idea what’s influencing how you think?

Or let me ask it another layer down: Have you ever worried as a leader that your ability to make good, healthy decisions is being compromised?

By what you ask?

As strange as it sounds—algorithms of all things.

An astonishing amount of your life and mine is run by algorithms these days, and that’s something that has changed rapidly in the last decade, almost without us knowing it.

Algorithms drive the suggestions you see on sites ranging from Amazon to Netflix to Spotify or Prime that tell you, Because you watched X, you’ll probably like Y. That’s algorithmic suggestion.

While I’m not generally an alarmist, I’m increasingly concerned that the omnipresence of algorithms is threatening your ability to think freely, creatively and redemptively.

OK, I know this sounds totally out there. So where’s this showing up in your day-to-day?

Algorithms drive most of your current experience on:

… and about a million other places.

Social has gone algorithmic too.

Gone are the days where on Instagram, Facebook or Twitter you could chronologically scroll through your complete feed and see what everyone you follow is up to. Now—and this is the key—the app itself decides what content you should see and what you shouldn’t.

All of this means your Netflix, Spotify and social channels, and even your Amazon looks completely different than mine or your neighbor’s.

Content providers today keep feeding us more of what they think we want because it results in more clicks, and more clicks eventually equals more dollars.

While this sounds like a great thing (giving you more of what you want), I’m increasingly convinced it’s not.

If you think this has nothing to do with the freedom you need to live and lead well—or to even think clearly and well—think again.

There are at least four potential challenges to your life and leadership that our current algorithmic culture has created.

1. You Loop Into Deeper Confirmation Bias.

As your choices narrow and you click more, your decision-making ability deteriorates because you see more of what you already like/believe/accept.

Confirmation bias is the tendency we all have to interpret new evidence in a way that supports our pre-existing beliefs. A simple example: When you read more reviews after you made a purchase to ensure that you made a sound choice, and dismiss the one and two-star reviews as people who don’t know what they’re talking about.

Essentially, your confirmation bias gets fueled when algorithms feed you more video on why the world works the way you think it works.

Essentially, the algorithm keeps feeding you more you. Theologically and philosophically, that’s not a good move. The problem when you do you is that all you get is more you.

And I don’t know about you, but I don’t need more me. I have enough holes in my thinking, enough biases and blind spots that what I need is more truth in my life, more perspective, more help from others who see things I don’t see, understand things I don’t understand and can help me align my life more closely with where it should be going.

If you think this isn’t a problem, read on to the second point.

2. You Become More Tribal and Extreme.

So where is our current tribalism and extremism coming from? As the middle disappears from politics and people seem to be increasingly left or right, conservative or progressive and extreme, what’s fueling that?

Again, you could argue algorithms have quite a bit to do with it.

You click on one story about the alt-right or socialism (pick your extreme) and five more appear next time you’re on the platform. Click on a few more, and descent down a rabbit hole begins.

Similarly, if you follow your more conservative or liberal friends, again, more suggestions of similar ideological/theological/philosophical stories pop up.

Before you know it, your whole world thinks the same, believes the same, and acts the same way you do, and perhaps in more extreme ways.

I’m not trying to be melodramatic or alarmist, but everyone is in on the “pay attention to me” game these days. Even the Weather Network wants me to turn on alerts so they can keep me “safe.” And, sticking to the world of weather, almost everything has become a weather alert these days—from humidity to heat to cold. And I’m not talking about record-breaking or extreme weather. The game now is to turn any variation into news so you’ll click. Even relatively ordinary weather is being sold as extreme.

Which of course explains FoxNews and CNN and all the online sites trying to claim your attention.

If you don’t think this is an issue, ask yourself. Are you more …

• convinced you’re right today than you were a decade ago?
• nuanced in your thought, or less?
• rigid, or more curious?
• extreme, or more moderate?
• loving, or less?

You probably didn’t become more extreme all by yourself.

One more thing: There’s a huge difference between a deeply held belief and a rigidly held belief. If you’re a Christian, deep runs concurrently with love. Rigid is louder, angrier and more tribal.

3. Your Choices Usually End Up Becoming More Limited, Not Greater.

Think back to the day when you had to purchase music, as in specific music, to listen to what you wanted to hear (or rely on radio to play your favorite song).

You saved up your money and purchased a physical CD, cassette or album and listened away. The iPod changed that a little bit as purchases moved from physical to digital, but what totally changed the game was streaming. Now, for a dozen dollars or so a month, you can theoretically listen to anything from anyone anytime.

The algorithm keeps feeding me songs based on what I listened to previously, which rather than make happier, makes me feel like my universe is shrinking. Even in the auto-generated playlists, they keep stacking songs I’ve already listened to.

Sure, you can break free and listen to whatever you want. But you have to work at it, and most of us don’t.

But I miss the days of a few hundred CDs and the random radio and different stations that fed me new music. (And yes, you can go to the new music playlists etc., etc., etc., but still.)

The same is true of online shopping, video, TV shows, movies, social posts, etc. You don’t actually get more choices; you get fewer because the algorithm is designed to feed you things it thinks you like so you’ll stay on longer, buy more and click more often.

4. You Lose the Ability to Think Freely.

All of this challenges your ability and my ability to think and choose freely.

In a fascinating interview with TED founder Chris Anderson, historian Yuval Noah Harari highlights some of the concerns with our loss of autonomy and the ability to think freely. (Listen in at the 1:05:00 mark). Harari argues that our minds are being hacked and that human hacking (the ability to control how we think, behave and even vote) is at stake. While that may be an extreme view, and while I don’t agree with everything Harari says, I think his argument is worth considering.

From Outreach Magazine  How to Find Spiritual Renewal in This Season

Again, ask yourself whether your views have calcified or whether you’re still learning and growing from a variety of sources?

I can only imagine some of the pushback that might happen by even asking questions like these. Personally, I am a committed Christian with deeply held convictions. Ironically, those convictions have deepened not because I’ve avoided opposing views or open dialogue, but because I’ve engaged them.

And if you have to defend it by getting angrier and louder, you’re probably speaking to an ever-dwindling circle of people.

SO WHAT SHOULD YOU DO?

The best leadership is based on the best thinking. So is the best life. If your thinking is limited, so is your life and leadership.

Here are three things you can do.

Break out of the algorithm and read, listen and watch widely. Think back to the public library—or even Blockbuster—when you could walk into a room and choose from hundreds of options, not just the 10 someone (or some code) thinks you’d like.

Find out what people who don’t share your exact perspective are reading, and read that. Watch someone completely different. Go way outside your normal genre.

Cross-disciplinary learning is one of the best forms of learning anyway. Know nothing about astronomy? Go learn something.

2. Learn From People You Disagree With Instead of Judging Them.

It’s so easy to think you’re right to judge people who disagree with you.

Learn from them. Just because someone doesn’t think the way you think doesn’t mean they’re stupid. Highly intelligent people hold opposing views. Some of them are smarter than you are.

Learn from them. Be open.

So many narrow-minded people see this as a threat. It’s not. Sometimes my views change, but even when they don’t my understanding broadens. Frankly, as a former lawyer, I know that understanding the opposing point of view is one of the best ways to get people to accept your thinking.

Ridiculing and dismissing others makes you look stupid.

The ability to think for yourself will emerge as a superpower in leadership only because it’s becoming increasingly rare. Imitation is far more common today than innovation.

In popular terms, it’s not accepting what is widely assumed.

First principles thinking deconstructs a problem to the most fundamental level of what what is known and builds out what you’re trying to accomplish from that.

It challenges all assumptions, and it’s the foundation of breakthrough leadership and thought. James Clear has a helpful post on first principles thinking here.

Again, widely accepted current thinking will get reinforced by algorithmically driven sources. It becomes a confirmation bias, a feedback loop that self-perpetuates.

In the church world, church online drew a ton of criticism when it launched. So did multisite. So did video teaching. They still do. But all of these are attempts to break through to a new way of reaching people. Current iterations may not be future iterations, but don’t assume that what others accept is true.

As Elon Musk says, good ideas are always crazy until they’re not.