Home Features Why Latinos Are the Church of Tomorrow 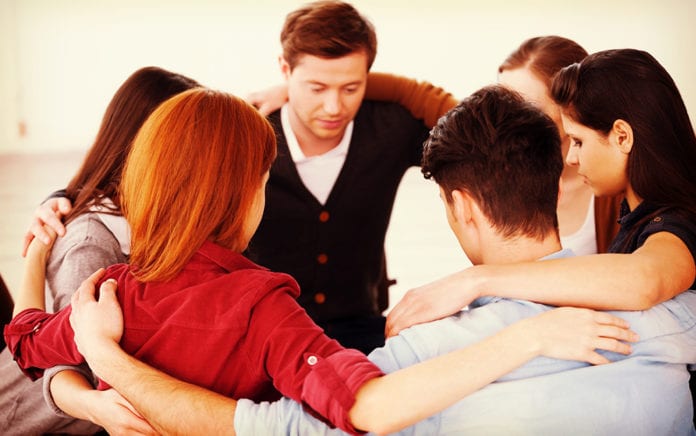 The Latino demographic is experiencing explosive growth, and the church must take notice.

The Latino population in America has changed drastically over the last 50 years due to a confluence of economic and geopolitical trends.[1] In 1960 the 6 million Latinos in the United States (3.24% of the U.S. population at the time) lived predominantly concentrated in the Southwestern region. By 2014 the Latino population escalated to 57 million (17% of the U.S. population) spread out living in more than half of the 3,000 counties in the United States.[2] This explosion provided an on-ramp for the Latino narrative to find space in the mainstream conversation in such areas as politics, economics and education.

Politically speaking, there’s a split regarding what to call this coveted demographic; Hispanic or Latino? Simply put, Republicans mostly use Hispanic promoting a heterogeneous group that’s often included in the “white race”[3] statistics. In contrast, Democrats often use Latino. In Harvest of an Empire: A History of Latinos in America, Juan Gonzalez says outside of the Cuban demographic, every other Latino people group en masse has been a democratic voting bloc since the late 1960s.[4]

In the world of economics, the disposable income of $1.1 trillion has placed the heads of advertising and marketing executives on a swivel. If the Latino demographic were an autonomous country, it would rank 16th in the global market.[5] A Beacon Economics report shows Latinos living in Los Angeles County in 2014 spent $10.9 billion dollars going towards food (more than Asian, Black and White households combined at $8.5 billion), had an increase of 123% in spending on entertainment (compared to the average household in America, which was a 73% increase), and kids clothing round out the top three expenses.[6]

Higher education has taken notice of the Latino population’s youthfulness and is successfully marketing to them, which has resulted in an increase in Latino college enrollment.[7] The Latino prospect pool for colleges is stocked and ready. In the United States, 17.9 million (one-third) of Latinos are under the age of 18 and 14.6 million are millennials (ages 18 to 34 in the year 2014). Carlos Ortiz reported in the Journal of Hispanic Higher Education, Latino enrollment in grades K–12 is the fastest growing (by 20%), while white enrollment has decreased by 11%.[8] Schools are beginning to recruit in areas where the Latino population is dense, no matter their geographic distance. The University of New Hampshire understands recruitment of Latino students begins during their early years of education and sponsoring programs, such as Upward Bound, has proven to be successful in helping Latino students transition from high school to college.[9]

HAS THE CHURCH TAKEN NOTICE?

Latino youth are being sought after in the above social spheres. However, Christianity seems to be struggling in reaching them. According to Pew Research, during the short time span of three years (between 2010 and 2013), 15% of the population of Latinos between the ages of 18–29 who were affiliated with Roman Catholicism left, the evangelical[10] population increased by 2%, while the Unaffiliated segment leaped by 17%.[11] This same report showed 70% of those raised Protestant who are now Unaffiliated left because they gradually drifted away from the faith, compared to 66% of those raised Catholic who are now Unaffiliated. In a separate report from Pew Research, the 31% of Latino millennials who are Unaffiliated overshadows the 18% of Latino adults who say they are, yet 47% of millennials say they pray outside of church services compared to 73% of Latinos ages 50 and older.[12] Latino youth are distancing themselves from the religious convictions of the older generations at a rapid pace.

Local churches must take notice of the need to engage Latino youth. Their engagement must include an effective missiological method that will seek to reach the whole of each individual youth by speaking into the nuances of their lives and intersecting them with the gospel, consistent discipleship rhythms, and a pathway for them to lead the way in the future. Next month, we will define what that missiological method is.

1. David G. Guitérrez, “An Historic Overview of Latino Immigration and the Demographic Transformation of the United States” National Park Service, U.S. Department of the Interior, https://www.nps.gov/heritageinitiatives/latino/latinothemestudy/immigration.htm

5. Joe Uva, Chairman of Hispanic enterprises and content at NBCUniversal shares the financial figures of the Latino population in David Rennie’s, “America’s Hispanics: From minor to major”, The Economist, Marth 12, 2015 http://www.economist.com/news/special-report/21645996-one-american-six-now-hispanic-up-small-minority-two-generations-ago

10. Evangelicals are those who identified as being “born-again”.