Home Features The 5 Worst Traits in a Leader 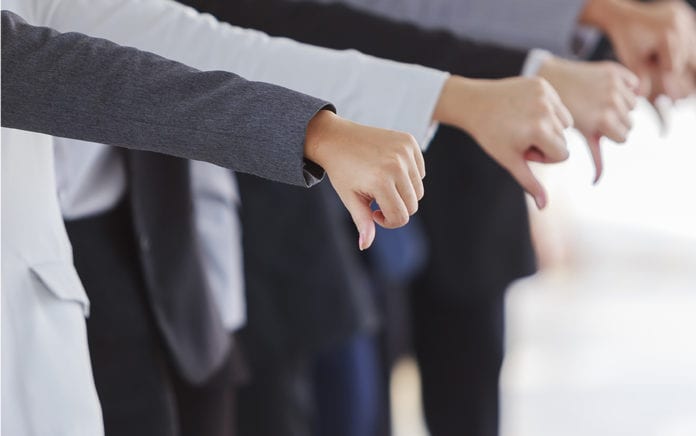 Organizations can grow with leaders flawed in these ways, but they won’t be healthy long-term.

Someone asked me a great question once. It came from a young pastor. He appeared to be doing a great job leading, but he wanted to do better. I always admire someone who wants to improve.

His question was this:

Knowing what you know now about leadership, what would you say are the biggest traps to avoid? What are the worst leadership traits that you’ve seen limit a leader’s potential to lead well?

That’s a hard question, because depending on the circumstances I think there could be many different answers. I wrote about the “most dangerous” traits previously, but this question seemed different to me. It wasn’t addressing the dangerous traits as much as the ones that were just bad. You can have these and perhaps still see some success as a leader, but they are still bad leadership traits—the worst.

And they keep a leader from leading well. Eventually, they may derail a leader if not addressed.

There are many I’ve observed. I’ve seen laziness, for example, cripple a leader. But, with the right team around him or her, even a lazy leader can experience success. I thought of incompetence, but I have seen some dumb leaders (like me at times) smart enough to surround themselves with wise people. But what about the worst?

So, I’ve narrowed my list to the following five of the worst traits I’ve observed personally. Feel free to disagree or add to my list. I certainly don’t have all the answers.

5 OF THE WORST LEADERSHIP TRAITS:

Nothing can overcome flawed character. Dishonesty in a leader, for example, will always overshadow even the most worthy vision. You can’t hide a corrupt heart. Immorality always shines brighter than competence or ability. And it can be argued whether it should be called success, but I’ve seen some bad characters leading what appears to be very successful organizations.

The leader who ignores problems invites trouble to the church or organization. Problems never go away on their own. They fester and eventually explode. It may take a long time for them to be exposed, but they will eventually catch up with the leader. Yet I have seen some leaders survive a long time while avoiding the real problems.

Every decision a leader makes is subject to opinion, and there are always at least two opinions—most of the time many more. But leaders are called to make decisions when no one else can or will. Indecisiveness stalls progress and frustrates people. Yet I have talked with countless staff members of very large churches who say their senior pastor can’t or won’t make decisions.

Inflexibility on the part of a leader limits the church or organization to the level of the leader’s performance. That’s always bad. Even if the person is a genius, there’s a lid placed upon the organization or church’s future. People feel squashed, limited in their potential and underappreciated—producing half-heartedness and poor morale. Who needs that? But there are still growing organizations with controlling leaders. (Notice I didn’t say healthy, but growing.)

Perhaps the worst trait I’ve personally observed is the arrogance of a leader. It turns people away in disgust when they hear a leader brag on all his or her accomplishments. The braggart feels good personally, but is never as popular as he or she perceives. I’ve found if a leader is really good at what they do, they won’t have to tell others about it. And, yet, do you know any arrogant leaders who to all appearances lead “successful” organizations—even churches?

This article originally appeared on RonEdmondson.com and is reposted here by permission of the author.