Home Features When You Envy Another Pastor’s Success 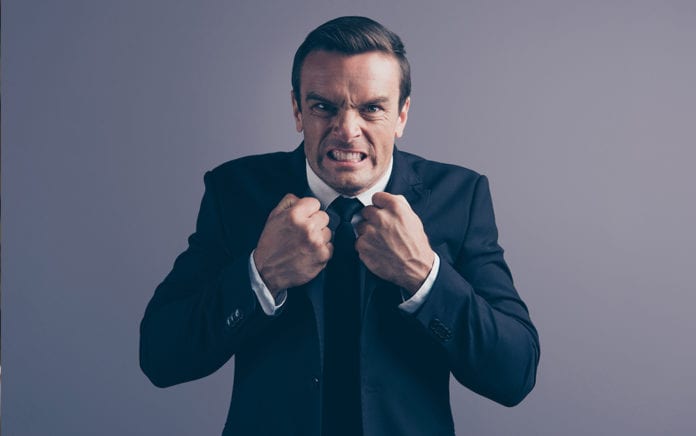 If we’re honest, we too often prefer to hear bad news about people we perceive to be more successful than we are.

Can you think of the name of a fellow pastor you would secretly enjoy seeing fail in ministry? A person who, in your darkest, most deliciously evil moments, you would enjoy seeing exposed in tomorrow’s paper for having an affair, extorting money or reading their church had split apart?

If you’re going to be honest, you can. We all can.

There are some pastors who have a lot of pastor friends. They are not typical. Most are very isolated from their peers and often at odds with them.

They are the competition. And they feed into our darkest, least-talked-about disease: envy.

Irish writer Oscar Wilde once told a fictional tale about how the Devil was crossing the Libyan desert. He came upon a spot where a small number of demons were tormenting a holy hermit. The sainted man easily shook off their evil suggestions. The Devil watched as his lieutenants failed to sway the hermit, then he stepped forward to give them a lesson.

“What you do is too crude,” he said. “Permit me for one moment.”

He then whispered to the holy man, “Your brother has just been made bishop of Alexandria.” Suddenly, a look of malignant envy clouded the once serene face of the hermit. Then the devil turned to his imps and said, “That is the sort of thing which I should recommend.”

No wonder Herman Melville called envy “the rabies of the heart.”

Envy has its genesis when we see something desirable that belongs to another person. It could be physical appearance, a job, money, talent, position, a spouse, even children. The other person possesses something that we want. Envy is a vice of proximity—the closer someone is to us in terms of vocation, temperament, gifts or position, the more fertile is the soil in which envy grows. In the classic pattern, notes theologian Cornelius Plantinga in Not the Way It’s Supposed to Be, the prosperous envier resents the rich, the 3:58 miler resents the 3:54 miler, the pretty resent the beautiful, and the hardworking B+ student resents the straight-A student—especially the happy-go-lucky one who never seems to study.

From Outreach Magazine  Praying for Presidents

Most of the time this is subtle. For example, Chuck Swindoll says we can take the “but” approach. We say:

“He’s an excellent salesman, but he isn’t very sincere.”

“Yeah, she’s smart, but she doesn’t have any common sense.”

“She’s a good surgeon, but she doesn’t mind charging you for it.”

The “but” approach is utilized when we reluctantly acknowledge a particular gift in someone, but then let envy quickly enter to destroy the other person’s gift.

The subtle nature of envy’s destructive bent is not always verbal, much less even active. There is a silent version of envy’s destructive tendencies. Consider the secret satisfaction we experience at the misfortune of others. The Germans have a word for it: schadenfreude, that means finding joy in the suffering of another.

Do you revel in the success of another church?

Do you enjoy it when the local newspaper features a story on something positive that they did?

Or would you have preferred to read about a downfall—declining attendance, a staff defection, a failed effort at outreach or a scandal?

Sometimes, we’ll even participate in spreading it, being quick to share rumor and innuendo, gossip and hearsay. Why? We pathetically think it tears them down and builds us up.

From Outreach Magazine  The Key to Peace in Life

Can we call it what it is?

That leader is your brother or sister in Christ. You really are in this together. They are not the enemy, much less the competition—Satan is.

Why can’t we get this one right? It’s so terribly destructive.

This is why the Bible warns us of the sin of envy in such strong language:

Crowns in heaven will not be based on numerical attendance, growth, acres or even decisions. For pastors and churches, it will be based on faithfulness to the vision of the church as cast by the New Testament. God may use me, or someone else, to bear much fruit.

But in the end, I suspect that a bivocational pastor in a small town of 5,000 with an average attendance of 50 may be the greatest pastor on the planet, with the largest crown in heaven.

Excerpted from What They Didn’t Teach You in Seminary by James Emery White. Baker Books, a division of Baker Publishing Group, Copyright 2011. Used by permission. BakerPublishingGroup.com