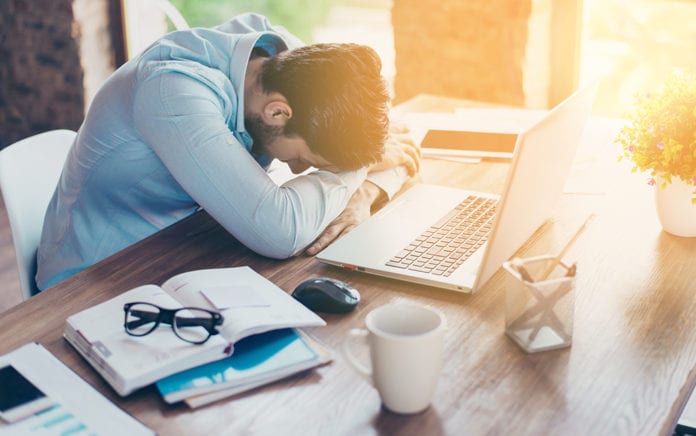 As John Owen wrote, “Be killing sin or sin will be killing you.”

In his famous and classic work, Mortification of Sin, John Owen wrote, “Never think your sin is dead because it is quiet, but labor to give it new wounds, new blows every day.” He also famously wrote, “Be killing sin or sin will be killing you.” The more we think our sin is quiet, the more susceptible we are to its deception and destruction. If we think we are standing firm, we are more likely to fall (1 Cor. 10:12). Based on my own struggles and learning from the struggles of other leaders, here are five sins leaders must “labor to give new wounds to every day.”

Pride has been called the father of all sins, because when we are prideful we insist on our own way instead of surrendering to God’s way. Because leaders are in positions where people to end to listen, where they can move resources around and set direction that others will follow, pride can easily creep in to our hearts and minds. The marriage of a leader’s power with the affirmation a leader receives from others produces a deep potential for pride to overtake the leader. Pride must be slain by walking closely with the Lord. Being in awe of him reminds leaders that are small and that he is ultimately in control.

Isolation is a sin because it violates God’s design and desire for us to be in community with others. Leaders are susceptible to isolation because the pressures and criticism that come with leadership make isolation very appealing at times. It takes a commitment to community to kill isolation.

From Outreach Magazine  What Do We Do About Church Multiplication in 2021?

There is such a thing as righteous anger, as being angry with the things that anger the Lord. But the Scripture warns us against man’s anger and the unrighteousness that results from it (James 1:20). Because leaders typically hold high expectations for themselves and their teams, anger rooted in unholy ambition will reveal itself in time. The way to slay anger is to remember God’s great mercy and kindness towards us. He has not poured out his anger on us.

Leaders typically bring passion to their work and their teams. No one wants to follow a dispassionate leader. But because leaders love their craft, their work, their teams and the mission of their organizations, leaders can easily make gods of those things and find their worth in them. The way to defeat workaholism is not to love the work less but to love God more.

There is a seemingly fine line between effectively stewarding the role and worrying about timelines, budgets, problems, etc. But it really is not a fine line. While some of the questions that leaders ask may be similar, there is a massive difference between worrying and stewarding. Worrying takes ultimate ownership. Stewarding trusts that God is the owner and seeks to honor him in how what he owns is managed. The way to combat worry is to remind yourself that the work is ultimately his, not ours.

Be killing pride, isolation, anger, workaholism and worry. Or they will be killing you.