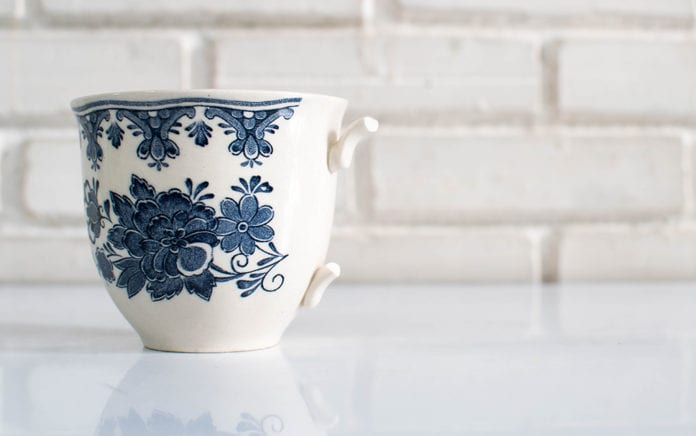 There are three main reasons why we let broken things stay broken in leadership.

A few months ago I was part of a leadership program at Georgetown for nonprofit executives. This program was great, from the content to the professors to the program capstone project. However, for all eight days of this program there was a clock on the wall with a sign that said it was an hour slow. It was the main one used by the students and the professors all eight days. It wasn’t a problem for many of us who used our laptops or cell phones or, yes, even watches (anyone) to tell time. But there were a few people, mainly the professors, who would have to look at the clock and remind themselves that it was running an hour behind.

I was tempted after the second day to just go get a clock that was correct, or to get on a chair, or two—the clock was high on the wall—and change it myself. After the eight days I hadn’t changed it, nor had any of my classmates. And no one had purchased a new one either. We all talked about it and even laughed about it, but no one fixed it. This made me think about leadership in general.

1. We think someone else will do it (and don’t want to be wrong). When I first saw the clock and the sign, I thought, That doesn’t make sense. Then I thought, Well, everyone can clearly see this, and someone else will fix it. I also thought, The clock has been wrong before me, and they just got up there to write the note.

This is a problem we also have in leadership, when we know the ministry, or the program, or even the person isn’t working out, but we assume someone else will fix it. We can’t be the only ones who know this is an issue, and because others see it, someone else will fix it. What about ministries or programs that have been around before you that everyone knows still aren’t functioning effectively? What if everyone knows something that you don’t, and you try to fix it and you’re wrong? I believe that being a leader in ministry means that sometimes you will be wrong, and sometimes everyone else can also be wrong.

2. It will cause us to do extra work, and take us away from what we are currently working on. After the second day passed, and no one had fixed the clock, we really began to get into the full work of the program. From reporting on readings, to group projects and discussions, most of us really just stopped looking at the clock. I thought about it, but I also thought about the work it would take to fix it. I would need to get on a chair or two if I couldn’t find a ladder, and then what if the clock was broken? What if I got up there and the back of the clock didn’t function like a normal clock for some reason? Maybe that’s why someone went up to the clock and just wrote a sign, because they tried to fix it and failed?

From Outreach Magazine  Andy Stanley: Why 'The Bible Says So' Is Not Enough Anymore

The truth is it wouldn’t have taken that much of my time, and I would have been able to find out the answer, but I just didn’t. In leadership I believe the same is true when it comes to fixing issues. We know what needs to be done or the choices we have, but those choices will require work outside of our normal schedule. The question is, do we believe that fixing the issue is worth the extra time and energy? If we want to be effective and impactful, I believe the answer has to always be yes. Extra work will always be required for greatness.

3. We think it isn’t that bad, and we can just work around it. Finally, we finished the eight days of sessions, lessons, notes, projects and more without fixing the clock. We just allowed the note on the clock to remind us that it didn’t work correctly, and we adjusted to it. We adjusted to a broken situation instead of fixing it. In ministry leadership we have that happen every week, don’t we? We have issues that haven’t been fixed, and we simply work around them. We write notes to adjust our expectation of the ministry or person, and continue ahead as if nothing is wrong. The problem here, of course, is that if you adjust for one issue and don’t fix it, what is to stop you from doing it again? What is to stop you from building a habit of it, and then having several areas in your ministry that aren’t working effectively but you haven’t fixed?

There is a danger in allowing fixable areas in ministry and life to go unfixed. I do regret not trying to fix that clock in our room and finding out the real reason why someone would go up as high as the clock just to write a note instead of fixing it or replacing it. However, since then I am more aware of things that aren’t working correctly, and I am more focused on not allowing anything that I can fix or try to fix to stay broken.

From Outreach Magazine  How Secularism and Church Diversity Will Intersect

What is fixable in your ministry? How are you going to attempt to fix it this month? Which other people can you enlist to help you think about a solution and then map out a plan of action?