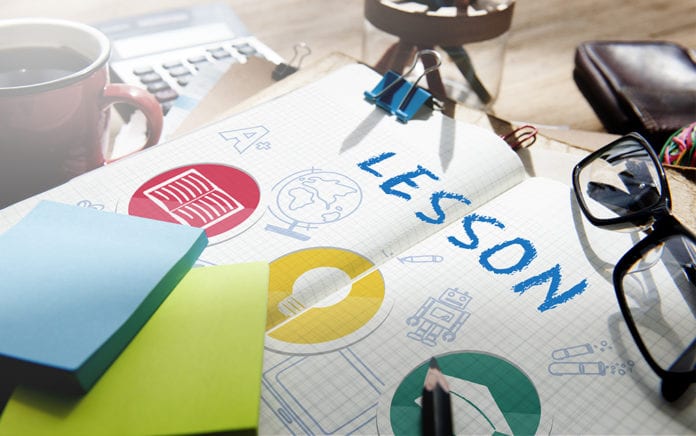 These hard-earned leadership lessons are the fruit of 2 decades of leadership.

I’m thankful for a solid education at a Christian college and seminary. Really I am. But I have some crucial things that I’ve had to learn the hard way that they don’t teach you in school. Some of you may think: Only seven?! I’m sure there are a ton of other principles and lessons that I could list or you could, but for the purpose of this ariticle I’m going to go with the first seven that came to me. Here we go.

It’s inevitable. Sooner or later you are going to have conflict, problems, issues and disunity in your team. Somebody is going to do something rude, wrong, sinful, careless, hurtful, mean, off-mission, off-vision or all of the above. It’s bound to happen.

If you’re like me, you want to call the person into your office immediately when the issue is brought to your attention and let them have it. I have played potential conversations over and over in my head and thought about exactly what I want to tell the person that rubbed me the wrong way.

The best thing I’ve learned over my 18-plus years of ministry is to sleep on it. Take some time away to allow God to speak to your heart. Often we are so angry and self-centered that we crowd out the still small voice of the Spirit. My instincts and emotions take over and I don’t stop to listen and be still.

When I take time away to process, chew on it, reflect and pray about what God wants me to hear, take away, learn and grow through the criticism, struggle or pain, I always end up not quite so angry a day or two later. Please know I’m not advocating for procrastination or dodging a conflict or situation that needs to be resolved. I’m not saying to sit on it indefinitely or brush it aside and pretend it didn’t happen—that usually leads to a bad outcome down the road when you’ve finally had enough and you blow up on someone and all your emotions come to a head in one ugly scene.

No, I’m talking about a few days. There have been a couple of serious situations where I’ve taken a week to seek counsel, process the problem with peers and pray, but for most things I think just delaying judgment and resolution for a day to sleep on it and pray is wisdom well worth the time.

The second thing I do when I have a problem with a team member or volunteer at my church (as long as it’s not a confidential matter) is to vent to my wife. There have been countless times where her cool head, demeanor and perspective have helped me to see things in a different light. Often times when someone has a disagreement with us, we tend to vilify them and think of them as the enemy. Trust me. They are not the enemy. We have a very real enemy and it’s not someone you work and serve with.

Sharing my heart with my wife is therapeutic and helps me to process out loud as I’m discussing the situation with her. I can’t tell you how many times my wife has saved one of my peers or team members from my wrath by talking me down and telling me to holster my weapon. Am I the only one who wrestles with this?

This leads me to my next point: Get over yourself. Many pastors like myself have the gift of leadership and think we know exactly how things should go. The truth is we need to have a true desperation and dependence upon God and the Holy Spirit to guide us and be our vision.

From Outreach Magazine  Why Pray?

Often times our pride and ego gets in the way of making decisions. We can think that a staff member’s idea isn’t the way to go because it wasn’t our idea. When we get upset over something someone said or a disagreement, we ought to step back and do an ego check.

I just had this happen recently. I got furious over one of my peers who didn’t seem to appreciate my gifting, background and experience. I thought that the person didn’t appreciate what I bring to our team, but the truth is I was full of pride and was intent on bragging about what I had done, instead of boasting in my weakness and giving God glory for how he’s used me over the years.

4. Respect What Each Person Brings to Your Team.

When we put our pride aside and truly value those we work with, we are able to respect what each person brings to our team. This truth is fresh with me as we are in the midst of a building project, and I co-lead a small build team that is meeting with the architect and planning our new building.

Because I had been a part of previous building campaigns and projects, I thought I always knew what was best. In some cases, honestly, I do. But in many cases, I have seen a layperson speak up with an idea that was priceless and truly not something that I would have thought of.

I have learned to appreciate each team member’s perspective, background, gifting and life experience. I do this with my staff as well. I like to throw out a question in my staff meeting and ask what the team thinks about it. I believe I can really learn something from others on the team (older, younger, male or female) and that they can help guide our ministry.

Recently, I suggested the idea of starting a new LifeGroup (small group) for young marrieds in our church to our leadership team. I even had someone in mind to lead the group—a young couple in their late 20s/early 30s. One of my leadership team members (a layman in his 60s) spoke up and said we ought to have someone a little older lead the group—someone who has been there, done that and is in a different season of life. He suggested that the couple to lead this LifeGroup of newlyweds be a couple who has kids of a similar age and could be a parent figure to them. It was a great idea and something I had totally overlooked.

Let me stop and point out that that idea would not have been heard if I hadn’t formed a leadership team at my campus. I meet with my staff weekly, but I invite some key lay leaders to join us monthly. The lay leaders mixed with my paid staff make up my leadership team.

In every church I’ve served, I’ve formed a leadership team. It is invaluable to your leadership and is key to working yourself out of a job, or at the very least duplicating yourself. It takes selfless leadership, but is something that all of you can do in your situation.

From Outreach Magazine  Responding to the Ravages of COVID in India

The last two lessons I’ve learned come from my former boss and friend. He had much grace and patience with me and coached me on how to best respond to angry emails, comments and complaints. Sooner or later, someone is going to send you a mean or harsh email. Your (and my) first reaction might be to immediately respond and fire off a passionate email.

I did that once at another church and got in trouble because my tone was seen as too harsh and argumentative. I had to apologize to the person and ask their forgiveness. My boss, as I said, was full of grace, but he made me do something for the next few months. If I wanted to respond to a tough email, he had me write up my response in a draft email and then had me not hit send. He would ask me to read it to him or some of my peers and get feedback. Was it too blunt? Could what I said be seen as mean, arrogant or rude? Do I come across as argumentative or prideful? Is there a better way that I can ask a question or make a point?

After discussing this with my boss and/or peers, we would decide if it was okay to send as is, needed to be edited or even if I should respond at all. And not to get all old school on you, but sometimes the best way to respond to an angry email is to pick up the phone and call someone so you can hear their voice and they can hear your tone. I’ve also found that a face-to-face meeting can work wonders. People are hardly ever as mean or bold to me in person as they can be behind their computers. Maybe it’s because I’m 6’5.” Just kidding! Seriously, in person they can hear my heart and begin to understand why I made the decision I did, or why I’m leading in a certain direction.

The last lesson I also learned from my old boss and mentor. He had this as a rule for our entire staff. We had to always assume the best of people. This simple truth has totally changed my outlook and the way I handle people and problems.

When something seems disrespectful, off-base or out of character for one of my team members or peers, I immediately think of this lesson I learned and I assume the best of them. Until I have hard proof that they are purposely doing something with ill intent or sinful, I will believe in them as a man or woman of God with strong character.

Several months ago I had a strong leader in my congregation question my leadership and the decisions I was making. I sat down with him, and I shared my heart and this simple philosophy. I told him of my love for God and for people, and told him that my passion to reach the lost drives everything I do. I said, “If you ever question why I’m doing something, I want you to assume the best in me and know that I’m trying to reach people for Christ.” This went over well and has improved our relationship.

These are just seven lessons that I’ve learned over 2 decades of ministry. I share them with a sincere and humble heart. I hope you will try them out and pass them on to your team. May God bless you as you serve his church.

This article originally appeared on GregAtkinson.com.