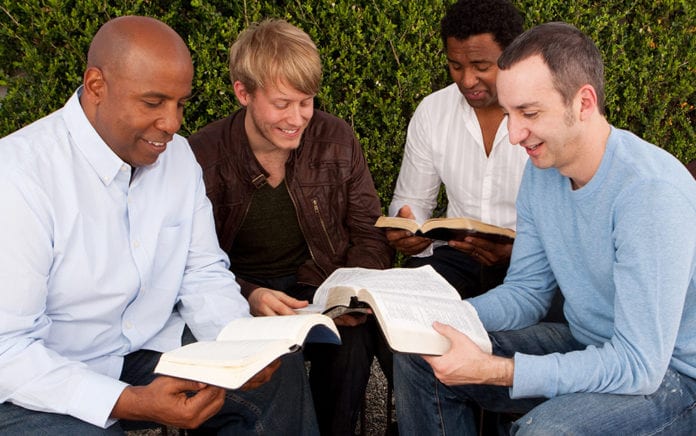 Pastors must lead the way in pursuing racial reconciliation in ever sphere of life.

A sincere, Jesus-loving friend asked me recently if the conversations around racial reconciliation were still necessary. As I responded to his question, my mind went back to these words written by Martin Luther King, Jr. from a jail in Birmingham in 1963:

“So often the contemporary church is a weak, ineffectual voice with an uncertain sound. So often it is an archdefender of the status quo. Far from being disturbed by the presence of the church, the power structure of the average community is consoled by the church’s silent and often even vocal sanction of things as they are. … If today’s church does not recapture the sacrificial spirit of the early church, it will lose its authenticity, forfeit the loyalty of millions and be dismissed as an irrelevant social club with no meaning for the twentieth century.”

Slavery was abolished a long time ago, but the sin of partiality remains. That particular sin leads to systemic apathy toward those who are not in our family or tribe. We find it easier to look away from injustices that do not directly affect us or people like us, and to instead look out only for our interests rather than for the interests of others. But as Dr. King pointed out, that’s not the “sacrificial spirit of the early church” we were meant to emulate.

So what can white pastors do to face down the sin of partiality? What can we do to quicken apathetic hearts and to pursue reconciliation among every people, tongue and tribe in our community?

Most pastors are awestruck at the church growth recorded in the book of Acts. Peter preached, thousands of souls were saved and the Spirit of God ignited a gospel movement that turned the world upside down. We often read it as if Peter and the apostles were like us, when in fact they were Jewish men who discriminated against our Gentile-kind. They could not imagine that the gospel would include the unclean non-Jew. Yet in Acts 10, God showed Peter that he should call no person impure or unclean. Peter repented of his prejudices and said,

“Now I truly understand that God doesn’t show favoritism, but in every nation the person who fears him and does what is right is acceptable to him. He sent the message to the Israelites, proclaiming the good news of peace through Jesus Christ—he is Lord of all.” — Acts 10:34–36

God shows no favoritism at all based on ethnic, religious, cultural or socio-economic standing. So pastors and churches pursue racial reconciliation because we must. The gospel is not monolithic. It is, instead, both God’s provision for and his invitation to every kind of people to draw near to him.

So in the summer of 2015, I reached out to our local police chief. He is a committed Christian, a pastor and an African American. I asked him what a church like mine could do to encourage reconciliation and unity in our city. He connected me with other pastors in his network, and we all walked into unfamiliar territory and began meeting together, praying together and inviting our churches to worship and seek the peace of our city together. Friendships emerged and continue to grow, but the work of reconciliation only progresses “at the speed of trust.” Trust grows and layers of suspicion, ignorance and sin are peeled away only as we take personal responsibility to build new friendships, to share long lunches, to listen well, to repent of our apathy and to love one another. Pastors delegate many responsibilities, but we cannot farm out racial reconciliation. It is a deeply personal work God uses to sanctify our hearts and our congregations, and to magnify our gospel witness.

One of Dr. King’s great frustrations was that white pastors who claimed a personal relationship with Jesus, and who courageously preached against a myriad of sinful issues common to man, were unwilling to step into the public space of racial reconciliation. White pastors were silent, and their silence blunted their gospel witness.

From Outreach Magazine  All Effective Pastors Share This Leadership Attribute

We never go public with something that is not true privately, but when pastors speak up, sign statements, preach sermons, lead reconciliation efforts in the public square, and even post pictures, we model a Christ-like love of neighbor that tutors our congregation and the community.

As pastors in our community went public, we began hosting multiracial worship gatherings, some churches rented movie theaters to watch the Marvel movie Black Panther, and black and white pastors began attending community events together. In one case, two churches merged as a show of unity. Public works of reconciliation show our congregations what repentance looks like. And these acts of repentance build trust with our brothers and sisters of color and encourage others to follow our example.

It’s not enough to acknowledge regret over the pain the sin of partiality produced generations ago. As important as legislative solutions are, it’s not enough to change laws. The very personal suffering and long-entrenched divisions produced by the sin of partiality are only alleviated by courageous, Christ-like actions. And just as it was in 1963, local pastors must still lead the way.