Home Features Why Christianity Will Always Be on the Move 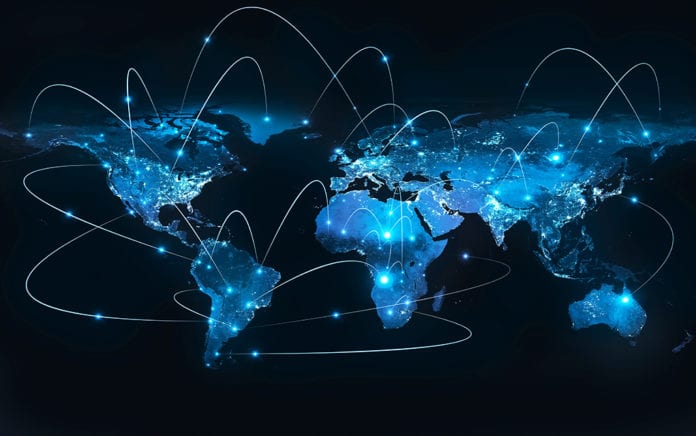 The history of our faith is one of movement, so we must see ourselves as global Christians.

Often, we forget to consider the spread of Christianity across the globe from a geographical perspective. We read the New Testament with eyes and ears that are largely ignorant to the places Luke mentions in Acts or Paul writes about in the prison Epistles.

Most Christians have heard of Jerusalem—the place where Jesus was crucified and risen. The geographical center of the Christian faith was clearly, early on, in and around Israel.

But while the Ancient Near East was the birthplace of our faith, it didn’t just stay there. By God’s grace, the gospel began to spread all around the world. We read about the Ethiopian eunuch who first heard the gospel message from Philip. Some disciples went to Asia Minor, Thomas goes as far as India, Paul tries to get to Spain, etc. Places like Cyprus, Caesarea, Damascus, Greece, Rome, and Carthage are mentioned throughout the book of Acts as Paul and his followers embark on four long missionary journeys.

All that to say, the gospel has been moving and spreading for centuries. The Holy Spirit has compelled believers everywhere to share the message of Christ crucified and risen in places both near and far. As demonstrated by Paul and Christ’s own disciples, this was to include continents and people groups far from the place where the Christian faith was first founded.

Despite this, Christianity has for centuries been associated with the West. Going back just a century ago, Pew Research found that “about two-thirds of the world’s Christians lived in Europe.” This, according to historical estimates by the Center for the Study of Global Christianity, is “where the bulk of Christians had been for a millennium.” But today, these numbers have changed considerably. In 2010, almost a decade ago now, Pew Research found that only a quarter of all Christians live in Europe (roughly 26 percent).

Thankfully, what we’re seeing is not that Christianity is disappearing—instead, it’s spreading and shifting its geographical center.

These changes shouldn’t surprise or alarm us for many reasons. The first of which is this: Christianity is and always will be a message on the move.

This isn’t the first time in the history of the faith that its geographical center has shifted and it likely will not be the last. For centuries, Europe was the center, but after the reformation and the spread of European missionaries and immigrants to the Americas, many would say that the center of density moved to North America.

Now we’re seeing a reengagement of the Southern Hemisphere in the practicing of the Christian faith. At this point, there will likely be more evangelicals in Brazil by 2040 than there are in the United States. I’ve stood on the beach at João Pessoa with 10,000 Brazilians who put their hands out and prayed that they would be a part of a mission for the faith to reach the rest of the world—Africa, Asia, and beyond.

Of course, North America was uniquely impactful on the condition of global Christianity as it currently stands today—few would dispute that. But, the presence of believers and vitality of churches in North America and Europe nonetheless continue to decline in comparison to their respective growth in the Southern Hemisphere.

For those of us living in the West, we must remember never to despair. What we observe happening in our culture and to the life of the church isn’t a done deal—these things are always changing and shifting. The gospel is continuing to spread and people are accepting the message even if it’s becoming harder and harder to see God at work in our own communities.

For our brothers and sisters in the Global South, we pray for God’s continued blessing on the growth of the church. When appropriate, we might even find ways to use our time and resources to contribute to the work that God is already doing in these places.

Believers—wherever they live—should ultimately concern themselves not only with the health and well-being of their place of worship down the street, but with that of the global church all across the world.