Home Features The Danger of Putting Missionaries on a Pedestal 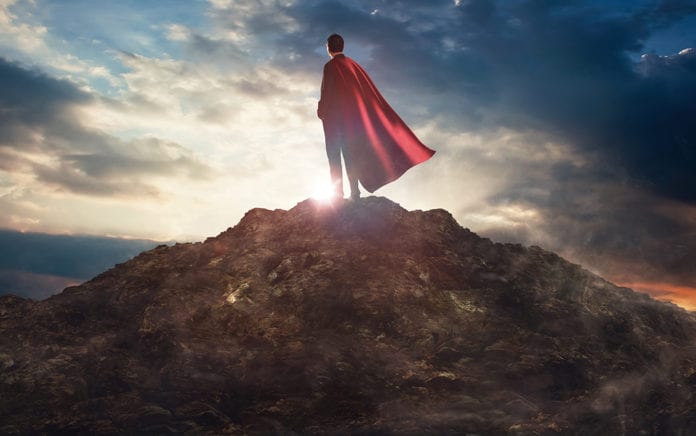 Creating a hierarchy of missions hurts the body of Christ in several ways.

Growing up in church, many of us have heard the stories of the Christians with enough faith and boldness to move overseas as missionaries. We tell their stories of sacrifice and hardship, honoring the work they are doing. God doesn’t play favorites, but if he did …

The sentence goes unfinished, but it’s implications are clear: missionaries are at the top of the spiritual food chain.

After I saw those missionaries wince, I pondered my words and my relationships with cross-cultural workers. I began seeing that the hierarchy of Christian faith—the one that puts missionaries as the tip-top, closest to God—is not only harming our churches and missionaries, but it was also leading me to put stock in a false gospel myself.

The Hierarchy of Missions Perverts the Gospel

Elevating missionaries as the “ultimate” Christians led me to believe a works-based gospel. With an inner desire to reach the higher level of faith that I assumed missionaries had, I made inner lists of things I needed to do, especially relationships with nonbelievers to make, in order to have a close relationship with the Father.

Passages of Scripture about a call to missions began to feel like a burden to carry instead of a joyful mission in which to participate. Instead of joining God in his work to bring the nations to himself, I instead sat under shame and was tempted to doubt the salvation God so freely offered me.

When we see full-time cross-cultural work as the best way to get close to the Lord, we cheapen the very message missionaries carry: that God already came down to us to make a way for that relationship.

The Hierarchy of Missions Hurts the Church

An unhealthy elevation of missions harms the local church as well. If vocational missionaries are seen as superheroes, how can the “average” Christian in the pew feel they have a calling to join in God’s mission?

From Outreach Magazine  Can the Church Thrive in a Non-Christian World?

No one would explicitly say missionaries don’t struggle with sin or are perfect, but by elevating their vocation, we implicate that only those who struggle less than the rest can carry the message of the gospel. This severely limits each individual believer’s participation in the Great Commission, and completely obliterates Paul’s words in 1 Corinthians 1:26–31, where he says,

“For consider your calling, brothers: not many of you were wise according to worldly standards, not many were powerful, not many were of noble birth. But God chose what is foolish in the world to shame the wise; God chose what is weak in the world to shame the strong; God chose what is low and despised in the world, even things that are not, to bring to nothing things that are, so that no human being might boast in the presence of God. And because of him you are in Christ Jesus, who became to us wisdom from God, righteousness and sanctification and redemption, so that, as it is written, ‘Let the one who boasts, boast in the Lord.’”

To assume a missions calling only occurs after a certain point of righteousness means God only sends some Christians to be on mission, instead of inviting each and every believer to love what he loves—the nations bowing in worship to him.

The Hierarchy of Missions Harms the Missionary

When we say classify missionaries as superhuman, we start making assumptions about their emotional, spiritual, and physical needs. After all, a superhero doesn’t need someone to save them or make sure they are okay—they are the ones doing the saving.

But the reality is, missionaries need their local church to stand around them in support. They need the church’s discipleship, authority, and prayers to stand strong against spiritual warfare and push back the darkness where they work. They need financial support and guidance to complete their work. They need date nights when they are on home assignment to reconnect as a couple. They need to ask advice about educational options for their kids, or talk to someone when they are lonely.

Like every believer, they need to know they are not loved because of the work they do, but because of their identity as a child of God.

By elevating missionaries to a higher level of faith, we create a relational barrier that prevents honest conversations, confessions, and prayers. We ask missionaries to live outside the community God has designed for us.

Missionaries are not superheroes. As the church, we have the utmost respect for them and the sacrifices they make. We acknowledge the difficulties and stress of this vocation.

But instead of feeling guilty or less than, let’s decide to step into the ring alongside them. Instead of elevating them to a higher level or faith, let’s walk alongside them in our shared mission with true care and relationship, learning from and growing with one another. Let’s accept our identities in Christ and our mission, whether we are in an office cubicle, school, taking care of our kids, or living in the most rural mission field. Let’s do this work together.