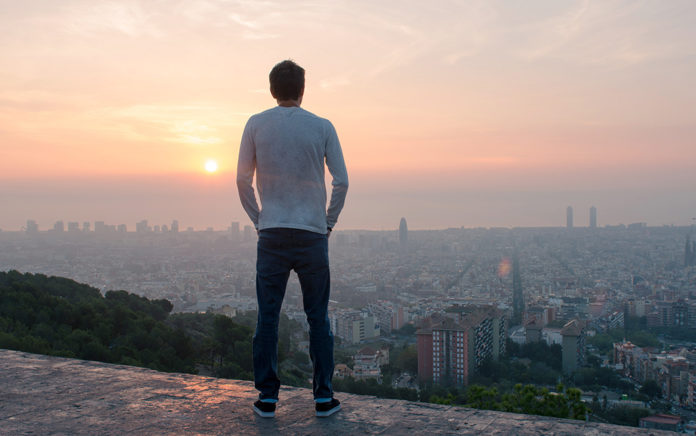 Thinking about cultural engagement isn’t something necessarily new to the church. In his treatise, The City of God, Augustine outlined how the “city of God” (reflected in the church) lives in and engages with the “city of man” (Rome). Fast-forward to 1951 and H. Richard Niebuhr wrote the classic primer listing five models of how […]

Thinking about cultural engagement isn’t something necessarily new to the church. In his treatise, The City of God, Augustine outlined how the “city of God” (reflected in the church) lives in and engages with the “city of man” (Rome).

Fast-forward to 1951 and H. Richard Niebuhr wrote the classic primer listing five models of how Christians think about and engage culture. And then in the most recent decade, James Davison Hunter and Tim Keller outline a list of ways Christians go about engaging (and even attempting to change) culture.

Moving forward in this article, my goal isn’t to straighten out the complexity of the church’s engagement in culture. However, my aim—at the very least—is to help believers think about our existence and thus our engagement as aliens and sojourners in a pagan and post-Christian land.

But before I list my four observations, let me define prophetic witness. As people of the already but not yet kingdom, a prophetic witness seeks to embody and evangelize the truth that the King has come and is coming again to make all things new.

Here are the four ways we can do that based upon John the Baptist.

John the Baptist lived in the desert, wore unfashionable clothes, and had an unusual diet. Interestingly, he didn’t have to do any of those things. He did so out of a prophetic existence. As a result, his prophetic residence pointed to a future deliverance; his prophetic style and diet pointed to living a simple life.

As believers, our prophetic existence necessitates us remembering that this world is not our permanent home; that we are looking forward to a home yet to come (Heb. 13). Therefore, we live in the here and now as ambassadors (2 Cor. 5), strangers, and exiles (1 Peter 2) in a foreign land. Our lifestyle points to a coming [new] world.

When this world doesn’t look nor feel like home, we don’t attack, criticize, denigrate, or retaliate. We love, pray, and intercede for the world—all the while exclaiming, “Maranatha!”

John the Baptist had a simple message, “Repent, because the kingdom of heaven has come near” (Matt. 3:1). The major difference between his prophetic message of repentance and ours is that it falls before Jesus’ ministry, death and resurrection.

Today, the church has the same message with a lot more precision, power, and authority—given Christ’s death, resurrection and ascension. We too proclaim a message to the world that they need to repent. They need to change their hearts, minds and direction and put them on Christ by claiming allegiance to him.

In changing their direction, they need to admit and confess their sin (rebellion and treason) against the King. They need to ask him for forgiveness as they make him the center of their lives and wait patiently for him to come back (Acts 1:11; Rev. 21).

In short, “Repent, for the King has come and is coming again” is the prophet message we have for the world—that we take to the world.

John the Baptist had one duty: to prepare the way of the Lord. In other words, he existed to make much of the coming King by preparing the hearts of people to receive him when he came. Everything he did and all of who he was, revolved around this sacred prophetic duty.

From Outreach Magazine  Why I'm Thankful for the 'New Atheists'

Today, our prophetic duty can be summarized in quoting from Peter’s first epistle:

“But you are a chosen race, a royal priesthood, a holy nation, a people for his possession, so that you may proclaim the praises of the one who called you out of darkness into his marvelous light. Once you were not a people, but now you are God’s people” (1 Peter 2:9–10).

The church throughout her history has demonstrated this prophetic duty living as the people of God in a pagan world. Walter Wink noted:

“The victory of the Church over the demonic power which was embodied in the Roman imperial system was not won by seizing the levers of power: it was won when the victims knelt down in the Colosseum and prayed in the name of Jesus for the Emperor.”1

There are countless other quotes and snippets from church history that I could include here about the church performing her prophetic duty of living for the King and thus reflecting the kingdom of God.

Suffice it to say, when the church performs her prophetic duty to reflect the King and his kingdom in all realms of life, she becomes most missionally effective in the world.

In light of the kind of prophetic witness we are to have, we might want to rethink how we go about engaging the cultural entertainers of the world as well as the politicians who promise to “reclaim” or “restore” something that might make Christians more culturally comfortable.

Where I sit today, I believe Jesus is more concerned with a godly church than the church living in a Christian nation. Our goal isn’t to make our home here, but to reflect our coming home when our King brings down the New City Jerusalem to earth. And in all honestly, we’ve actually seen the church in history have success living this way in a pagan land.