Home Features Reviving Evangelism for the Next Generation 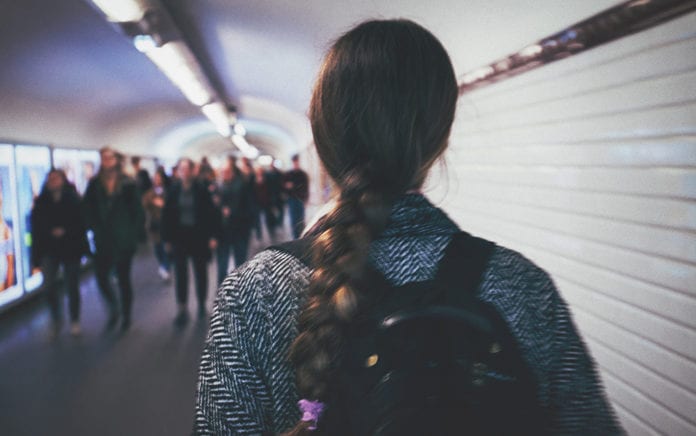 A majority of practicing Christians do not consistently support evangelism, and almost half of millennial Christians believe it is flat-out wrong to evangelize. Now what?

It’s not a given that sharing faith is easy, but Christians today might be forgiven for feeling as if it’s getting tougher. While Christianity in the United States has always been in a perpetual state of reinvention, cultural and demographic changes over recent decades have led to a season of unprecedented challenge. The overall number of practicing Christians is falling and the cultural backdrop is increasingly tribal and difficult to define. Bottom line? We need to consider what gospel faithfulness looks like today.

Of course, our calling as Christians was never about demographic dominance. Nor is it about cultural survival, nor simply about securing the faith of the next generation (as important as that is). The church’s mission is to spread the message of saving, sacrificial love and ultimate hope that Jesus commissioned his followers to proclaim. It’s not about growth—it’s about the good news.

With this in mind, we must ask ourselves how we are faring in our role as heirs of Jesus’ call to the apostles. On this count, Reviving Evangelism, Barna Group’s recent research commissioned by Alpha USA, suggests reason for concern. The study was designed to assess both active Christians’ and non-Christians’ perceptions and experiences related to faith-sharing and spiritual seeking. Researchers interviewed two groups of people: practicing Christians (in Barna’s definition, those who say their faith is very important in their life and have attended church within the past month) and all other U.S. adults, which includes non-Christians and people who identify as Christian but don’t prioritize or practice the faith, who we call “lapsed Christians.”

First, let’s take a hard look at ourselves. Some of the most troubling numbers emerging from the data are not about “them” at all. A majority of practicing Christians do not consistently support evangelism, and 47% of millennial Christians believe it is flat-out wrong to evangelize.

Younger Christians are more personally aware of the cultural temperature around spiritual conversations. Among practicing Christians, millennials report an average of four close friends or family members who practice a faith other than Christianity; most of their baby boomer parents and grandparents, by comparison, have just one. Sharing the gospel today is made harder than at any time in recent memory by an overall cultural resistance to starting conversations that highlight people’s differences.

Young Christians’ hesitance is understandable. Society today casts a negative light on proselytization that many older Christians do not fully appreciate. As Barna found in research published in Spiritual Conversations in the Digital Age, 3 out of 5 Christian millennials believe that people today are more likely than in the past to take offense if they share their faith (65%)—that’s far higher than among baby-boomer Christians (28%). Youth are faced with a very different culture than their parents or grandparents.

While generational factors are a big deal, they aren’t the only area where Christians gauge the opinions of those outside the faith incorrectly. The data shows that our sense of what appeals to non-Christians is also skewed.

Many practicing Christians overestimate the importance of their personal virtue when it comes to non-Christians’ receptivity to the gospel message. And they tend to downplay the significance of factors that are largely beyond their individual control, such as Christianity’s overall reputation and reasonable evidence for faith in Christ.

From Outreach Magazine  3 Simple Ways to Reach Your Neighbors

But it’s not all bad news, and there are signs of real possibility for effective outreach in our research as well.

For all the seeming loss of ground in evangelistic culture and practice, the Reviving Evangelism data indicates significant hope for the Christian community’s stewardship of the gospel message—but flourishing in change requires adaptation. If American Christians can respond with agility to today’s challenges while retaining their core distinctiveness and message, the gospel will take root, no matter the culture’s trajectory. I want to highlight one promising area in particular.

Asked to rate their agreement with the statements “I experience a general sense of emptiness” and “I often feel rejected,” younger Americans are more apt than older adults to agree. There are few drastic differences between millennial and older non-Christians when it comes to spiritual hunger and experiences—but on the question of feelings of emptiness and rejection, many young people, in contrast to older adults, clearly sense something is wrong. It is more common for them to admit experiencing some kind of relational struggle or inward discontent.

While it may seem heartless to welcome their inner emptiness, it’s unavoidably true that deeply feeling one’s spiritual need can open a door to meaningful conversation and an encounter with Jesus. Hurting, restless people find healing and rest in him—and it helps if they’re looking. Many young adults, simply by virtue of being young, are more likely than older people to be in a searching season of life—for identity, for better answers—and therefore more open to change or transformation.

We must start by passing on resilient faith to Christian young people, planning especially for the pivot point of the high school and college-age years. The dropout problem is real, and it has a chilling effect on the overall evangelistic environment. It is impossible to exactly trace the impact of lapsed Christians on non-Christians, but sobering to consider the “de-evangelistic” clout of those who leave the faith. The Barna team has been documenting and trying to understand the dropout problem for more than a decade, and we have become more convinced that faith for the next generation must top the church’s list of priorities. Much of our work going forward will focus on that.

Even after they are committed to sustaining resilient faith, we must persuade (one might say even say “evangelize”) younger Christians that evangelism is an essential practice of following Jesus. The data show enormous ambivalence among millennials, in particular. On one hand, nearly all practicing Christians in this age cohort are fervent in their faith and believe knowing Jesus is vital. But on the other, nearly half view the act of evangelism—sharing about their faith in the hope that another person will come to know Christ—as morally wrong.

Cultivating deep, steady, resilient Christian conviction is difficult in a world of “you do you” and “don’t criticize anyone’s life choices” and emotivism, the feelings-first priority that our culture makes a way of life. Doing evangelism well isn’t just about saving the unsaved, but also reminding ourselves that this stuff matters, that the Bible is trustworthy, that Jesus changes everything.

NO REPLACEMENT FOR RELATIONSHIP

In today’s screen age, there is no substitute for the gospel power of mutuality and faithfulness in relationships. In a study on habits and attitudes related to generosity, Barna found that millennials, more than older generations, highly prize hospitality. To make space for others, to welcome them into your life, is understood by many young adults to be the very definition of generous. Increasing isolation and digital exhaustion prompt strong cravings for in-person relationships and warm human connection.

From Outreach Magazine  Why Brutal Feedback From a Friend Is Good ... Even When It Hurts

However, evangelicals report high levels of discomfort and suspicion when it comes to outsiders. Here’s the unvarnished truth: If we want to live up to the name “evangelical,” that posture won’t help. Evangelism is quintessentially relational, a fundamental act of vulnerability and radical openness.

And it absolutely necessitates good, active, loving listening. According to non-Christians and lapsed Christians, a Christian who is a good listener is (so to speak) more precious than rubies—and nearly as hard to find. Some of us tend to underestimate the part that evidence plays in the minds of non-Christians who might consider following Christ. The word itself may conjure up images of textbook apologetics resources, but before we make assumptions about what all non-Christians need to know, let’s engage individual people. Rather than preparing hyperlinked answers to frequently asked questions, let’s find out what kind of evidence the person in front of us would find compelling. What does he or she mean by “evidence”? Have they gone looking for it and come up empty? What assumptions are behind their desire for it? What need would evidence satisfy in their spiritual lives?

Here’s an example. “Were Adam and Eve real people?” is a great question that is worthy of a good answer. But is there a more profound and consequential question that lies behind my friend asking it? Rather than offering evidence that a man named Adam and a woman named Eve existed about 6,000 years ago, I could try to find out if there is a deeper question the person wants to ask—maybe about the Creator’s intentions for humanity or his purpose for their own life. These are gospel questions, and asking them leads to the true answer.

If we took time to listen, to get clear on the unanswered spiritual questions that our neighbors, friends, colleagues and family are carrying around—how would our evangelism efforts change? At the very least, we’d become better listeners and more convinced that talking about Jesus is worthy of inclusion in our everyday conversations.

People’s need for Jesus hasn’t changed. Many today are missing a sense of purpose and meaning. They are asking deep questions of identity. Who am I? What does it mean to be human? Reviving evangelism in our day will require a gospel response to these kinds of questions.

Our message of new life in Christ must connect to the inner yearnings of a potential Christian for abundance, forgiveness, purpose, meaning or relationship. That connection is where the best questions are asked, and where the truest answers are found—not in the back of the Bible/math textbook. If we hope to share the good news in such a way that people can actually receive it, we must have a gospel response to what’s happening now.

Cultural discernment is learning to connect Jesus to the reality of life today. This isn’t just being “trend wise,” but also being soft and sensitive to the leading of the Holy Spirit, who forms our efforts to know the times and gives us ears to hear what the Lord is saying.

Finally, let’s become people of extraordinary prayer. We can revive evangelism only to the extent that we locate ourselves in God’s plans and God’s reality, through a discipline of prayer.

Intercede for the next generation of Christians.

Ask God to show you his heart for the world and for those who do not yet know him. Through the power of the Holy Spirit, keep living Christ’s kingdom where you are, and inviting others to join you.