Home Features Why Do So Many Millennials Believe Evangelism is Wrong? 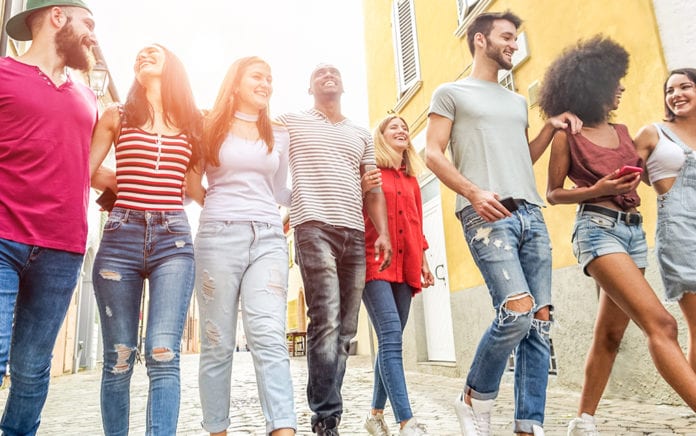 Exploring the two biggest factors that contributed and where we go from here.

Evangelism is foundational to Christianity. That’s why a recent Barna study is so alarming.

Unsurprisingly, they found that 96 percent of Christian millennials agree that part of Christian faith is being a witness about Jesus, and 94 percent agree that coming to know Jesus is the best thing that could happen to someone.

But 47 percent of Christian millennials believe it’s wrong to do evangelism in an attempt to change their beliefs!

That’s almost twice as high as Gen X (27 percent), and more than double that of Boomers (19 percent) and Elders (20 percent).

Faith conversations are not uncommon for the millennial generation. millennials even tend to be more open to talking about faith than previous generations.

So millennials are more equipped to share their faith than previous generations, but they’re conflicted about doing it.

Why? That’s the big question.

We can only learn so much from the data.

As a millennial Christian, I see two reasons that millennials might say that evangelism is wrong:

1. Millennials Grew Up in a Culture of Tolerance and Acceptance

Our culture today preaches tolerance and acceptance so hard that the idea of trying to change someone’s beliefs has become offensive.

There’s a common worldview among millennials that to love someone means supporting their beliefs, even if you don’t share those same beliefs.

I hear this reasoning a lot from millennials.

A few months ago, I spoke with a former youth ministry student of mine who was having a lot of trouble due to some bad choices he made, but he was outraged when his family didn’t continue to support his decisions.

“They don’t have to agree with me,” he said. “But if they love me, they should support my decisions.”

“Maybe,” I replied. “But how have your decisions been working for you? Is it possible they know something you don’t?”

From Outreach Magazine  Idea Shaping: From Brainstorm to Reality

In some cases, this idea of unconditional support may be good. I may not think getting a college degree in underwater basket weaving is a good choice, but if that’s what you want to do, I won’t stand in your way. I may have a few questions, but I love you enough to let you follow your dream, even if I don’t get it.

But this is a flawed idea when applied to all situations. For instance, if you believe that meth is awesome, you better understand that the most loving thing I could do is to attempt to persuade you to change your beliefs.

The only thing that the culture of tolerance will not tolerate is being intolerant of someone else’s beliefs. So for many millennials, the idea of proselytizing is offensive.

2. Millennials Have Seen Evangelism at Its Worst

It’s not just the culture; Christians share some of the blame.

Millennials have seen a lot of “evangelism” cause more harm than good.

I’ll never forget when I was in Key West, Florida on vacation. I was walking down Duval Street. On one side of the street was a gay bar, on the other side, a man with a sign declaring, “God hates fags.”

I was furious. Regardless of what the Bible says about homosexuality, condemning people is a horrible way to win them over. All this man did was further solidify a hard-heartedness towards Christianity.

I heard some of the things the people outside the bar muttered about the man. I don’t use words. So let’s just say it wasn’t positive.

Another time, I was in Portland, Oregon walking through a street festival, and I saw a man standing on a wooden box. He was yelling through a megaphone at people passing by, “You’re going to hell!”

He had no idea that I was a pastor (in Portland on a trip to help homeless youth, nonetheless), but he assured me that I was headed for hell too.

I doubt anyone converted through his “evangelistic” efforts. Instead, I observed the disgust on people’s faces as they walked faster, and the rage of others who stopped to yell back at him.

From Outreach Magazine  How You Can Help Refugees Resettle

Jesus loves sinners, and that includes everybody—even the religious ones. I doubt this is how he’d approach sharing the gospel, the good news, with them.

Evangelism fails when it’s not rooted in love for others.

So a disrespectful, ignorant, or forceful method of evangelism is offensive to most millennials.

Millennials are more aware of cultural and religious diversity than previous generations.

Plus, we’ve seen a lot of “evangelism” do more harm than good.

But Christian millennials do still hope that all people would come to know the love, hope, and forgiveness they’ve found in Jesus (as the Barna study indicates).

We simply need to go about sharing that hope in a different way that considers the views of the other person and bridges the gap from their world to ours. This isn’t some new, revolutionary idea. Paul did it in Athens (Acts 17:22-34 ).

And I think this is what the study shows:

Millennial Christians are open to talking about their faith, but they don’t want to force it down anybody’s throat.

Deep down, I think we’re afraid of offending people and repeating the same mistake we’ve seen before.

What we need are churches that (1) address this concern, (2) admit there are harmful ways of attempting evangelism, and (3) teach how to do evangelism the right way—rooted in our love for God and love for all people (Mark 12:30-31 ).

Evangelism is still at the core of our faith. But if anything, this research shows that we need to strengthen our understanding of what evangelism is, and show millennials and future generations that evangelism can and should be an act of love, not hate.

This article originally appeared on ProPreacher.com.