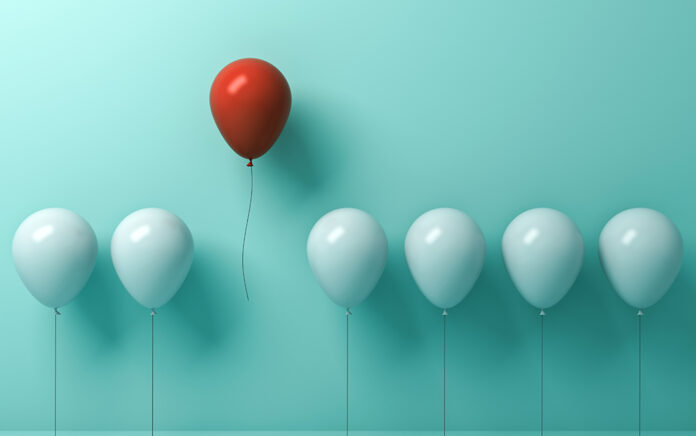 A world changer, a real Christian, is someone who believes the Bible and lives by what it says.

The Bible tells the story about a man who lived during a very dark time in human history, maybe the darkest it has ever been. This was the time before the Great Flood when God brought his judgment upon planet Earth.

Against this very dark background lived Noah, a man who walked with God and showed us that we, too, can live a godly life in an ungodly culture.

Jesus was saying, “Remember how it was in Noah’s day? It will be similar in the time before My return.”

The Old Testament book of Genesis gives us a description of the world at that time: “The Lord observed the extent of human wickedness on the earth, and he saw that everything they thought or imagined was consistently and totally evil.” —Genesis 6:5

I’m amazed at what I see in the news today. The atrocities, the horrible acts people commit against other people. It’s disturbing, it’s heartbreaking, and seems as though people endlessly find new ways to do evil things.

That is what was happening in Noah’s day. As a result, the Bible says:

“So the Lord was sorry he had ever made them and put them on the earth. It broke his heart. And the Lord said, ‘I will wipe this human race I have created from the face of the earth. Yes, and I will destroy every living thing—all the people, the large animals, the small animals that scurry along the ground, and even the birds of the sky. I am sorry I ever made them.’” —Genesis 6:6–7

Their wickedness was full to the brim, like an overflowing trash can or a septic tank. It was stinking to high heaven. This shows us that God is aware of the wickedness of man. He’s paying attention.

Then the Bible gives us this detail: “But Noah found favor with the Lord” (Gen. 6:8).

Noah had great faith and a great God, but he was a misunderstood character. Even today, we see him portrayed in films where there are many distortions of his story.

That’s why it’s important to go back to what the Bible says about Noah. Hebrews 11 tells us:

“By faith Noah, being divinely warned of things not yet seen, moved with godly fear, prepared an ark for the saving of his household, by which he condemned the world and became heir of the righteousness which is according to faith.” —verse 7

We see from this verse that God revealed secrets to Noah. God spoke to him, and it activated Noah’s faith. But maybe you’re saying, “I don’t think God ever speaks to me.”

I remember a story Pastor Chuck Smith told about his grandson. One day, he said to his mother, “God never speaks to me.”

She said, “You know when you do something wrong and feel bad in your heart for doing it?”

“That can be God speaking to you.”

He paused for a moment. Then he said, “Mom, God speaks to me all the time!”

There are a lot of ways God speaks to us, but he does speak to us. And the primary way he speaks to us is through the Word of God, the Bible. God revealed his secrets to Noah, and the Bible says that “the secret of the Lord is with those who fear him, and he will show them his covenant” (Ps. 25:14).

From Outreach Magazine  Offering a 'Middle Step': First Church of God in Indiana

So, when you believe the Bible, you know things other people don’t know. In the same way, Noah understood that, and God revealed secrets to him.

Noah also had great reverence for God, which I think is lacking in our culture today. But when Hebrews 11:7 says that Noah “moved with godly fear,” it doesn’t mean that he cowered before God. We could also translate it to say that he “moved with reverence.”

I like this definition of the fear of the Lord: a wholesome dread of displeasing him. This doesn’t mean that we cower in fear of him, but that we love him so much that we have respect for him. Noah had reverence and respect for God, and he never lost that.

If you want to be a rebel, then follow Jesus Christ. You don’t even need a leather jacket, a motorcycle or your wallet attached to a chain. A world changer, a real Christian, is someone who believes the Bible and lives by what it says. That is real rebellion in the best sense of the word.