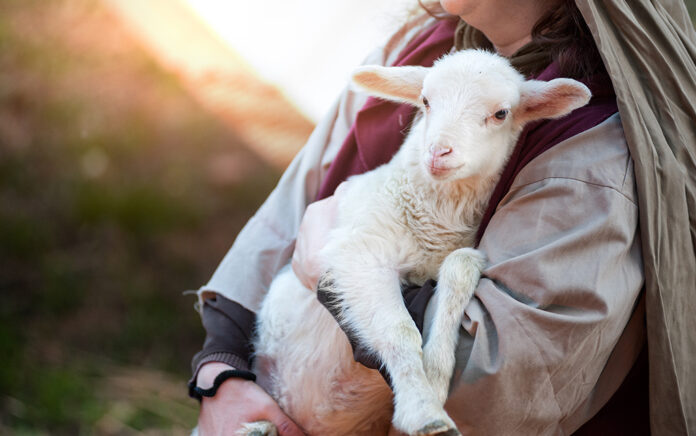 What does your giving reveal about where you place your trust?

In Exodus 13, Israel is coming out of 400 years of captivity, and Moses wants to lay out some foundational principles for them in this new chapter of their walk with God. And in verses 11 and 12, we read that, “‘When the LORD brings you into the land of the Canaanites, as he swore to you and your ancestors, and gives it to you, you are to present to the LORD every firstborn male of the womb.’”

Later in the chapter, it says that when your son asks you, “Why do we offer the first of our flock back to God?” You answer (I’m paraphrasing here),

“Because we were slaves; hopelessly and helplessly stuck in captivity in Egypt, and God saved us, all by himself. And we know that if he saved us like that, we can now trust him to take care of us. If he saved us when we were helpless slaves, we can trust him to provide for us now that we are beloved children. And the offering of our firstborns to him acknowledges that we belong to him and we trust him.”

Their firstborn, not their 10th-born. Why?

It doesn’t take much faith to wait until the end to make an offering, after the whole flock comes in, because you can see that you’re provided for. But for each of us, our giving is supposed to be a declaration that, “I don’t know what’s coming next, but God, I trust you to take care of me.”

This is the most consistent giving principle in the Bible: Give to God your first and your best.

On our own, we tend to reverse that. We give God our second and “the rest.” Maybe giving from “the rest” is a huge amount. But if it’s done without a heart of trust, God doesn’t want it.

We see this as early as Cain and Abel, the first offering ever recorded in Scripture, in Genesis 4. Both Cain and Abel both brought an offering to God: Cain brought fruit from his full harvest, and Abel brought fat portions from the firstborn of his flock. Can you spot the difference?

Hint: It’s not that God prefers lamb chops to salad.

Scripture tells us that:

“The LORD looked with favor on Abel and his offering, but on Cain and his offering he did not look with favor. So Cain was very angry, and his face was downcast. Then the LORD said to Cain, ‘Why are you angry? … If you do what is right, will you not be accepted?’” —Genesis 4:4–6

Two things were out of whack: (1) Cain and (2) Cain’s offering. Here’s how I read that: There was something about Cain’s heart that wasn’t right, and that heart posture was reflected in his gift. It wasn’t the offering itself that displeased God; it was, in many ways, the timing of the offering. Cain waited until he had his full harvest. Then he gave. Abel gave first, not knowing what was coming after.

Cain had put God second. His offering might have far surpassed his brother’s, but it was a faithless offering. God will not—and cannot—come second.

If you’re going to belong to God, he has to come first. And as Proverbs 3:9–10 tells us, when we honor the Lord with our firstfruits, he will take care of us abundantly.

From Outreach Magazine  Shawn Johnson: 'Our No. 1 Priority Is Reaching Spiritually Lost People'