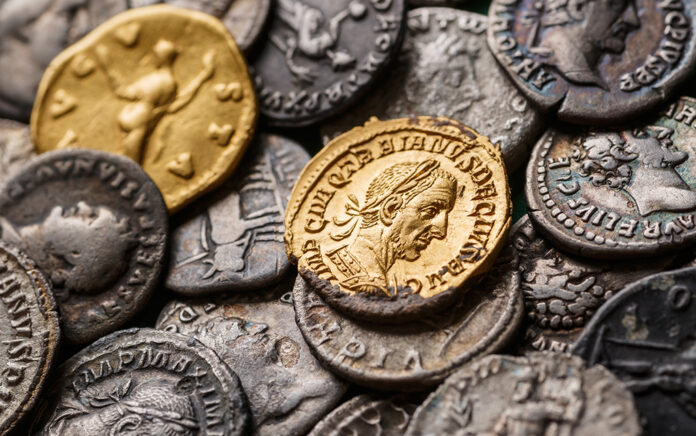 Leveraging the rights of our earthly citizenship.

According to the Bible, Christians have dual citizenships. While we may be a citizen of the country of our birth, we are also citizens of heaven (Phil 3:20). Both citizenships have perks—one more so than the other.

However, have you ever thought about how you are to view and leverage your earthly citizenship? For instance, when Paul was on trial in Acts 25, to prevent a trial from happening in Jerusalem where he was sure to be murdered, he tells the governor, Festus, “I appeal to Caesar.” As a Roman citizen, Paul leveraged his right to a trial before Caesar.

Such an appeal was a game changer. Just think. Neither Jesus nor Stephen had the rights of a Roman citizen. Therefore, they had no authority or power to leverage in preventing their death from happening. Jesus certainly had the ultimate authority to do so (Matthew 26:52-53) but chose instead to die on our behalf (John 10:18).

We live in a time where nationalism is on the rise here and globally––defined by Merriam-Webster as “a sense of national consciousness one nation above all others and placing primary emphasis on promotion of its culture and interests.” As believers we want to avoid two extremes: on the one hand, we can be caught up in the nationalism fever and––whether we realize it or not––confuse our loyalty to our county with our devotion to Christ. But on the other hand, we can so focus on our heavenly citizenship that we fail to leverage our earthly citizenship for God’s glory and the good of others.

I want to answer the question: How should you leverage your earthly citizenship?

First, we should leverage our citizenship for others’ good and human flourishing.

Paul sees governing authorities as having been instituted as God’s servant for people’s good (Romans 13:1–6).

Christians are called to love our neighbors by positioning themselves for their good. In fact, after noting the role of the state Paul goes on to pen, “Owe no one anything, except to love each other, for the one who loves another has fulfilled the law” (Romans 13:8) and then in verse 9 he reminds us to “love your neighbor as yourself” (Romans 13:9).

One of the primary ways we can leverage our citizenship for the good of others and human flourishing—something that wasn’t available to Paul—is through voting. Particularly in a constitutional republic, citizens have the right to vote and elect representatives to serve in political office on their behalf. Politicians are servants of the people who are elected to uphold the constitution of the United States of America. While we by no means live in a perfect country, we do have a constitutional framework that attempts to create a just society for a pluralistic people. Therefore, I think we should leverage our earthly citizenship by exercising our right to vote for leaders we believe have the goal for serving towards the good and flourishing of all.

We can also use our freedom as believers in the U.S. to be generous in helping those less fortunate and supporting agencies and organizations called to help the marginalized and those who struggle. We can give thanks to God for the wealth we enjoy as Americans, recognizing it lets us help others, just as Paul often thanked the churches for their generosity (see 2 Corinthians 8).

Second, we should leverage our citizenship for justice.

When Paul appealed to Caesar he was also appealing to justice. He knew if he stayed and Festus sent him back to Jerusalem to be tried among the Jews, he wouldn’t get justice. Thus, he leveraged his citizenship in an appeal to justice.

In recent years, there seems to have been times where some basic rights were under attack. We see instances of this toward the Christian faith: a teacher in New jersey was suspended for giving a student a Bible, a football coach in Washington was placed on leave for saying a prayer on the field at the end of the game, a fire chief in Atlanta was fired for self-publishing a book defending basic and historical Christian teaching, a Marine was court-martialed for pasting a Bible verse above her desk, Christian institutions (and businesses owned by Christians) were mandated by the government to pay for contraceptives, student groups like InterVarsity have been kicked off college campuses, and a faith-based social service agency had their contract terminated with the city where they were no longer able to place children in foster homes because they would not place kids in a same sex home. In many of these incidents, believers used the legal and judicial system to appeal their case.

Third, we should leverage our citizenship for our own well-being.

There are many ways this could play out today, but I’ll give one example. In the movie, Cinderella Man, boxer James J. Braddock had fallen on hard times during the Great Depression. Having lost everything, including his boxing license, he got to the place where he had to leverage his citizenship by applying for financial assistance from the government. This financial assistance helped Jimmy and his family through a difficult time in life.

Leveraging one’s citizenship doesn’t mean we should abuse the governmental system(s) for our well-being. But it does mean we should wisely and winsomely use the advantages provided by our citizenship for our physical, emotional, vocational, financial, familial, and judicial good.

Fourth, we should leverage our citizenship for the mission of God.

Paul, in appealing to Caesar, had a dual purpose. Yes, he appealed to Caesar to prevent an unjust trial in Jerusalem. But, he also appealed to Caesar because God had told him, “for as you have testified to the facts about me in Jerusalem, so you must testify also in Rome” (Acts 23:11). Paul used his Roman citizenship as a means by which to spread the gospel. In fact, when you look at the events surrounding the church in Antioch setting aside Paul and Barnabas as the first cross-cultural missionaries, Paul was the obvious choice to be God’s apostle to the Gentiles given his status as a Roman citizen.

Paul also talked about governmental authorities in 1 Timothy 2, where he called on the church to pray for kings and those in high positions “that we may lead a peaceful and quiet life, godly and dignified in every way” (1 Timothy 2:2). Paul knew such a context allowed for the gospel to go forth. We too should give priority to prayer for leaders in the United States as Paul the Roman citizen asked for the ruthless leaders of Rome.